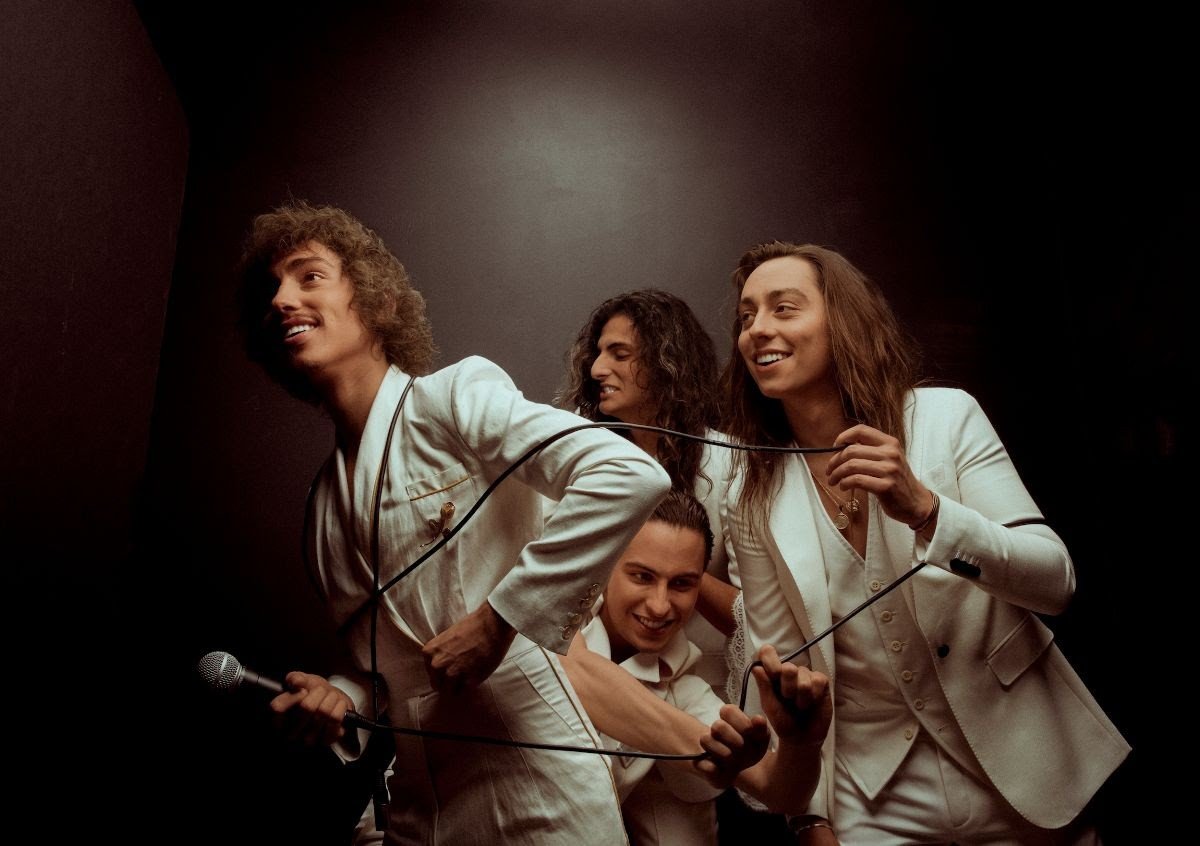 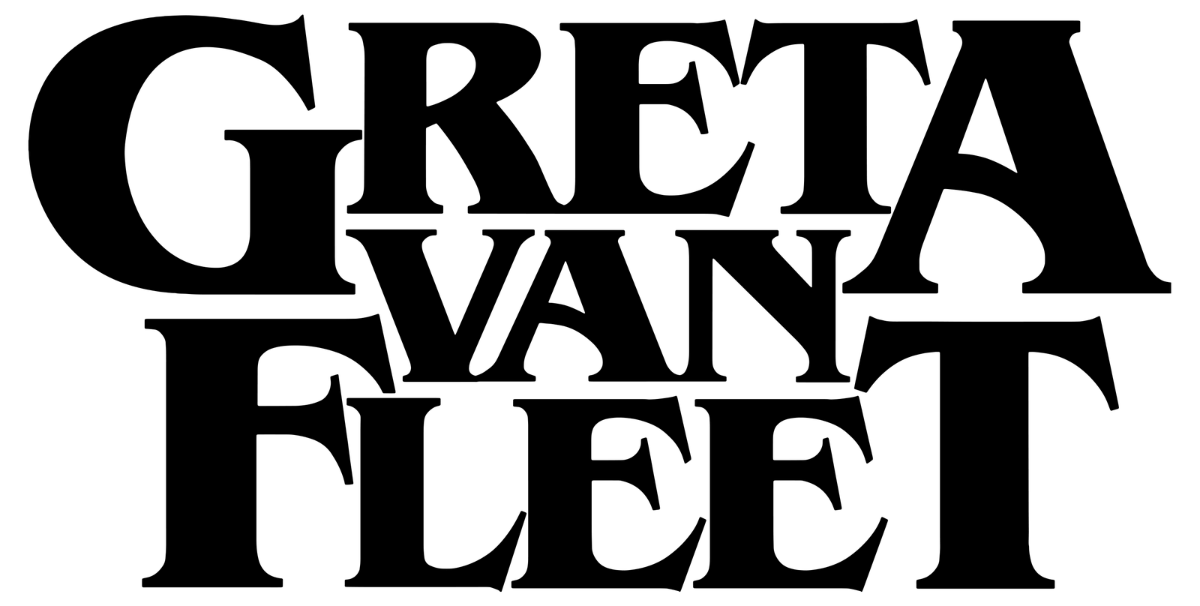 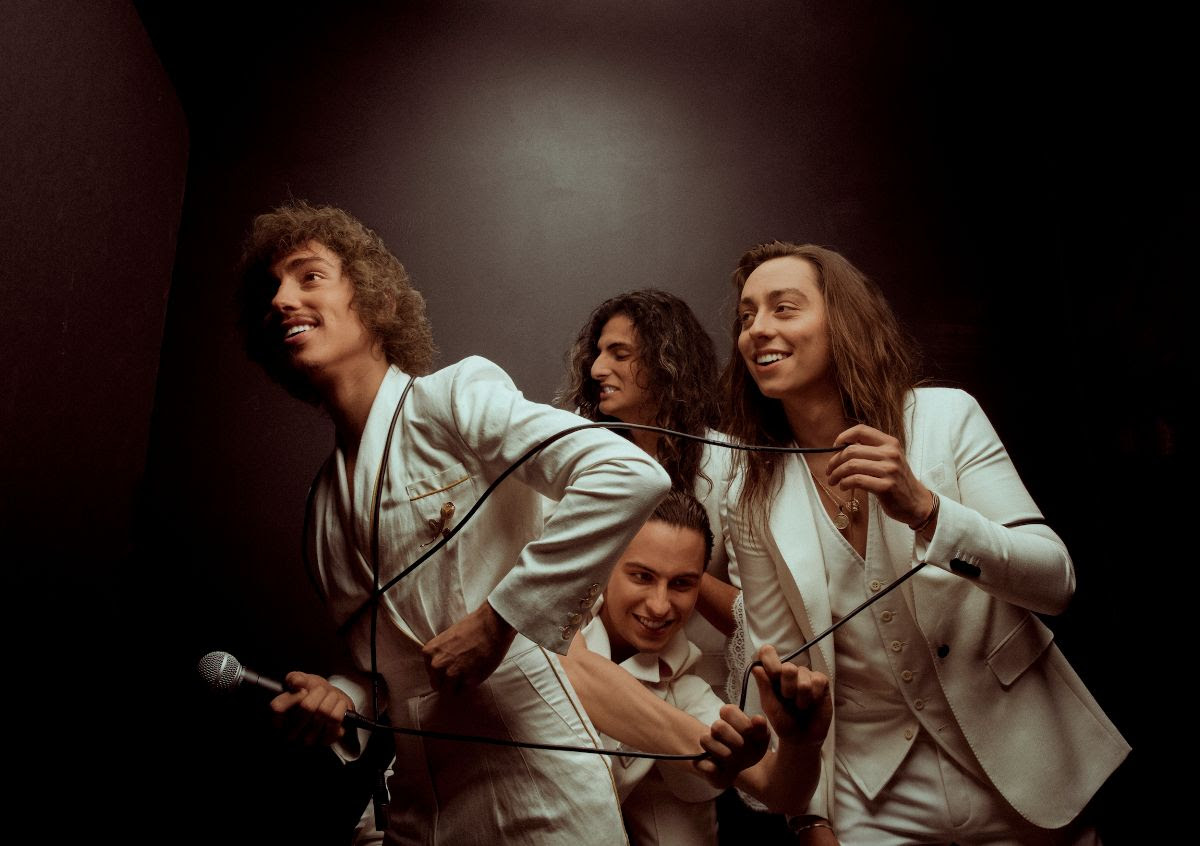 HIGHLY ANTICIPATED ALBUM
THE BATTLE AT GARDEN’S GATE
OUT TOMORROW

April 15, 2021—The highly anticipated second album from Grammy Award-winning four-piece Greta Van Fleet, The Battle at Garden’s Gate, is out tomorrow, April 16th, via Lava/Republic and EMI Records in the UK. Pre-order the album HERE, and view more info on the album website HERE.

In celebration of the release the band performed the single ‘Heat Above’ on Jimmy Kimmel Live! in the US last night; watch/share the performance HERE. They are also this week’s cover stars on Kerrang! in the UK – read the feature HERE.

“’The Battle at Garden’s Gate’ is about hope and overcoming the challenges that humanity faces,” says the band’s Sam Kiszka, “We live in a world powered by superficial institutions and this album is a reminder that it’s up to us to sing out of the silence.”

Producer Greg Kurstin (Paul McCartney, Foo Fighters, Adele) adds, “Hearing these songs evolve into expansive soundscapes took me on an amazing journey. I love that they explored these complex song structures, and the band reached for chords, melodies and lyrics that stretch beyond the usual.  Most of all, I admire that Greta Van Fleet have stayed true to themselves.”

In addition to ‘Heat Above,’ the cinematic album features the previously released tracks ‘Broken Bells,’ ‘Age of Machine,’ and US #1 rock radio single ‘My Way, Soon’. Rolling Stone raves that the band “aim to bust down old walls,” while UPROXX describes them as “electrifying.”

The Battle at Garden’s Gate has an elegance unseen yet from the young band, with string orchestras, explorative songs, and the band building a visual story with every pre-release track through videos, merchandise, partnerships and more.

The new album explores the boundaries of the group’s artistry and reflects heavily on the individual members’ personal and spiritual growth during their rapid rise, going from touring the grimy rock bars of Detroit and Saginaw to headlining shows on five continents and selling over one million tickets in just three years.

“Certainly after this, we’ve grown in so many ways,” Josh explains. “This album has taught us a lot, about life in general, about ourselves, about all of us, about the world we live in.”
Forming in Frankenmuth, Michigan back in 2012, Greta Van Fleet consists of three brothers, vocalist Josh Kiszka, guitarist Jake Kiszka, bassist/keyboardist Sam Kiszka, as well as drummer Danny Wagner.

Together they have performed across multiple continents, sold over two million albums worldwide, performed on “Saturday Night Live,” “The Tonight Show” and “The Late Show with Stephen Colbert,” topped the Billboard U.S. Mainstream Rock and Active Rock charts with their debut single ‘Highway Tune’ in 2017, won the Grammy Award for Best Rock Album in 2019 for From the Fires and reached #1 on the Billboard charts with their debut full-length Anthem of the Peaceful Army in 2018. To cap off the change-filled era, the quartet moved from Michigan to Nashville, immersing themselves in Music City’s rich history.

The band sold out of The Battle at Garden’s Gate double LP speciality vinyl on their store prior to the album release, but some variations are still available while supplies last HERE.

THE BATTLE AT GARDEN’S GATE
TRACKLISTING
1. Heat Above
2. My Way, Soon
3. Broken Bells
4. Built by Nations
5. Age of Machine
6. Tears of Rain
7. Stardust Chords
8. Light My Love
9. Caravel
10. The Barbarians
11. Trip the Light Fantastic
12. The Weight of Dreams