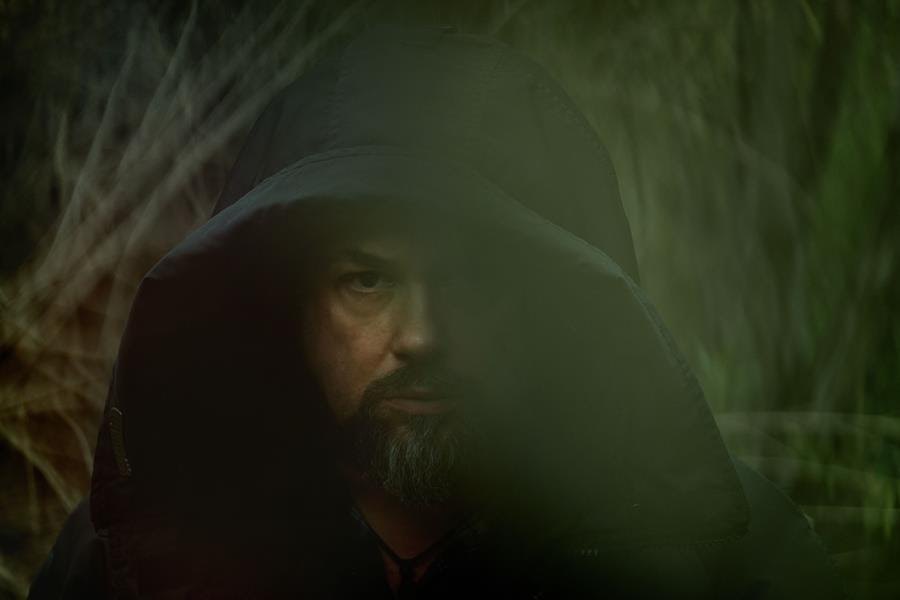 Southern Lord continues the label’s prolific output with the release of a stunning new LP: Greg Anderson’s debut full-length as The Lord, Forest Nocturne.  Additionally, The Lord has unveiled the Forest Nocturne demo recordings, originally only available on the Daymare Records Japanese CD edition —  check those out on Bandcamp.

For Forest Nocturne, Anderson worked with renowned producer Brad Wood. Dan Seagrave‘s epic and fantastical style is instantly recognizable on the album’s startling artwork, something which seems to depict an ancient and unknowable force in the woodlands. Forest Nocturne is described by Anderson as “music of the night,” but inspired by imagery conjured on daytime hikes, and majestic, beautiful trees, which he sees as survivors— perhaps the last known connection that we have to an ancient world, and acting as a connector between past, present and future of the human race and of our time on this planet.

Greg Anderson began making music in the mid-eighties with hardcore bands False Liberty and Brotherhood before refining his musicality during the nineties with the post-hardcore collective Engine Kid. From that point on, the musical direction started shifting, channelling his love of tone, riffs and repetitive sound, vital elements that feed into the meditative cosmos of SUNN O))), and the ‘low and slow’ sounds of Goatsnake, both of whom find different ways to move beyond confines and tropes of their respective sound worlds.

In August and September 2021 respectively, Greg Anderson released two singles under the name The Lord; “Needle Cast” with Robin Wattie (the unmistakably emotive vocalist of BIG|BRAVE) and “We Who Walk In Light” with William Duvall (of Seattle rock legends Alice In Chains and hardcore-punk group Neon Christ). Unintentionally moving in a different direction from those bands within which he found his feet, Anderson was able to take on the mantle of The Lord in a new, pictorial approach to heavy music. Through this process, he found himself moved to collaborate with vocalists he admires.