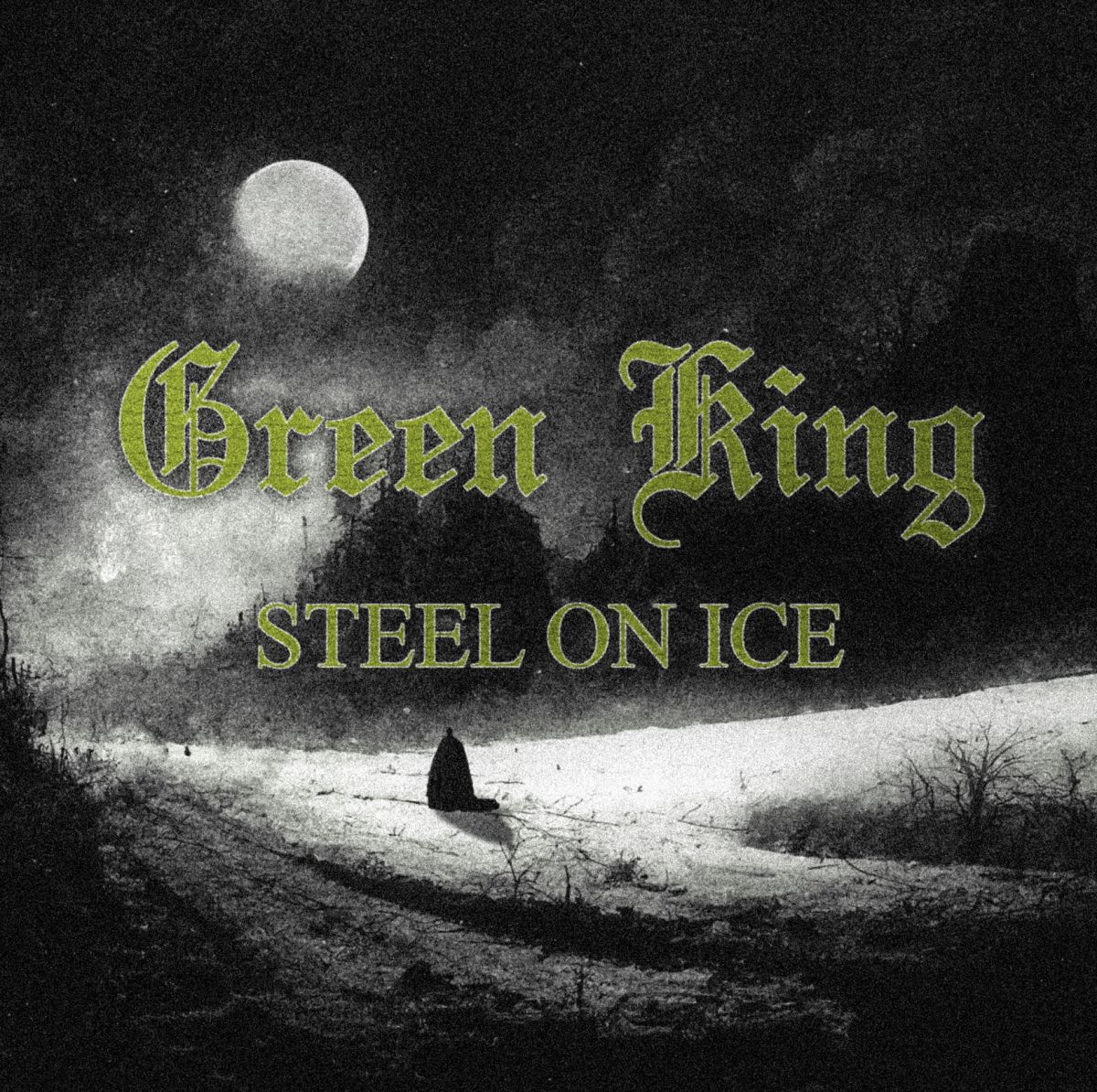 Finnish heavy metal outfit Green King shares the third and final single from their upcoming debut album ’Hidden Beyond Time‘. ”Steel on Ice” is inspired by the immortal metal era of the ‘70/80s, and features galloping riffs, melodic dual- guitar arrangements and fierce vocals. The single is released on The Sign Records on the 25th of November.

Green King on ”Steel on Ice”:
Steel On Ice is one of the first songs that shaped Green King’s music into what it is now – up-front guitar harmonies and riffs that make your fingers wiggle. The song tells a story about love towards ice, warrior’s urge to destroy one’s enemies, war and love at the gates of hell. Behind all this is Sega Megadrive, NHL97 and many hazy nights spent at our practice place’s dirty couch.

Green King‘s debut album ’Hidden Beyond Time‘ will be released on the 16th of December. The album will be available on transparent violet vinyl, green vinyl, CD (digipack) and all streaming platforms. Formed in Helsinki, Finland, as a side project to play heavy stoner music, Green King quickly developed their style into a more traditional style of heavy metal. Drawing influences from the vast history of heavy metal, Green King fills their songs with monumental riffs and colossal guitar harmonies. They have made their mark on Finnish metal underground by playing fierce live shows filled with musical mojo and speedy guitar solos. Their first EP “Rock Alley Tapes” was released in early 2022, and it brought the band attention around Europe. Green King is releasing their debut album through the Sign records in december 2022.

Green King’s members have long been part of the Finnish music scene, playing in bands such as Black Lizard, Rokets, United Seafood and Rusty Triggers.