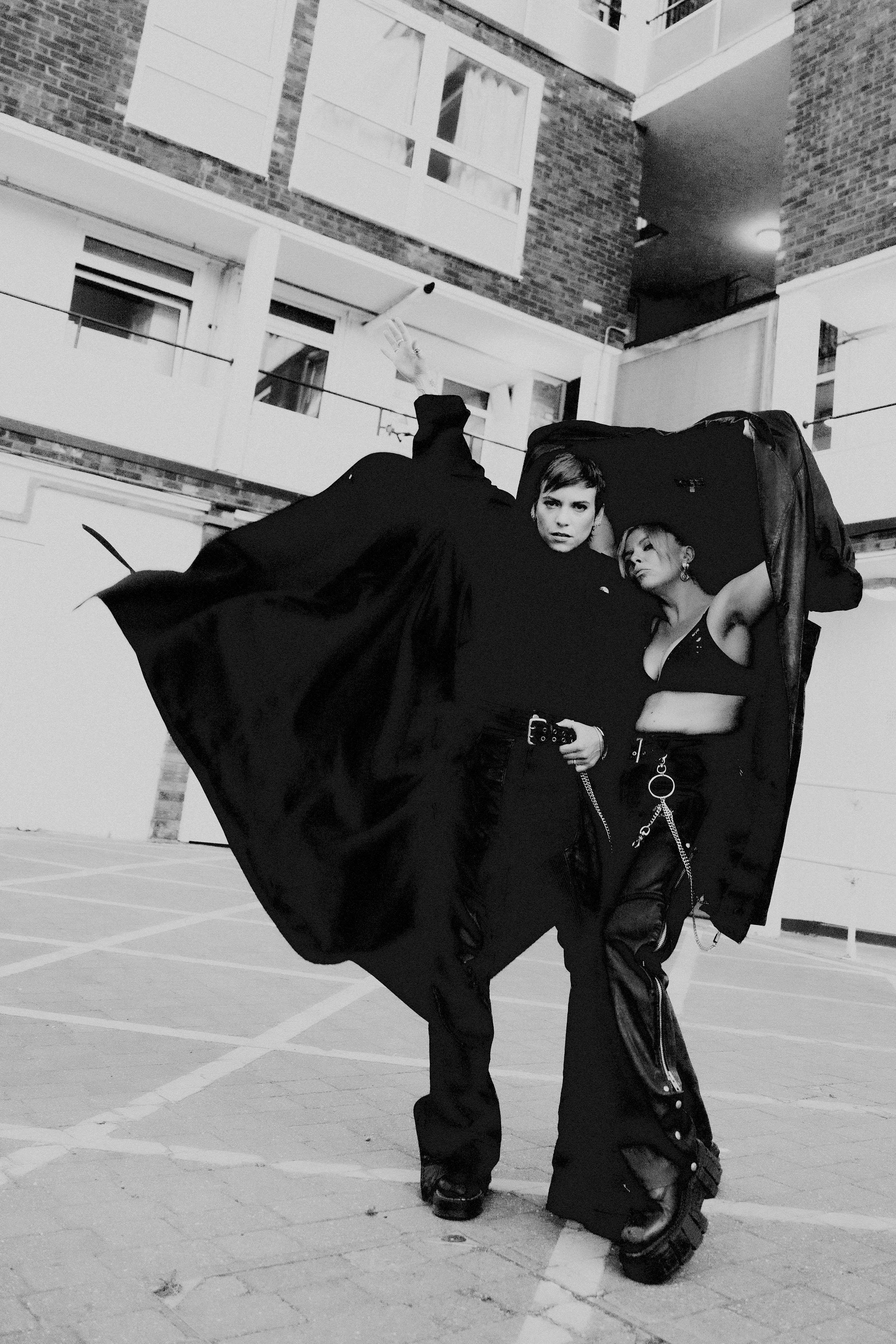 Exploring the juxtaposition of finding love in hate and searching for positivity in an environment that feels to be increasingly challenging for most, BONES UK debut new single, “Cheap Love” – BONES UK’s first new music since last year’s release “Boys Will Be Girls” and “Dirty Little Animals” (inclusion in TV Series Arcane League of Legends).

“Cheap Love is a song about finding diamonds in the dark.” They explain. “The red neon light at the end of the tunnel. Some days.. We ALL have to use our fingernails to drag ourselves out of bed. It’s about sometimes not particularly liking the planet we live on and doing whatever you can to find a reason to keep dancing.”

The song is accompanied by a curiously cinematic video, directed by Jason Lee Denton, and shot as the sun goes down on the streets of London, where the band first found it’s start before setting off to split their time abroad to pursue their growing ambitions and the messages they feel keen to share with their listeners:

Made up of vocalist Rosie Bones and guitarist Carmen Vandenberg, BONES UK confront everything from the beauty industrial-complex to toxic masculinity and music-scene sexism; embedding each track with choruses primed for passionate shouting-along.

BONES UK have played alongside rock luminaries including Tom Morello, KoRn, Stone Temple Pilots, The Eagles Of Death Metal, Bush and Band Of Skulls – not to mention spells with Highly Suspect, The Struts, Grandson, The Glorious Sons and many others.

GRAMMY-nominated for Best Rock Performance, BONES UK demonstrate a commitment to using their art to speak their minds; shedding light on the disconnect between the status quo and the far more glorious world inside their heads.

In between such epic tours and award nominations, the band have amassed further notoriety for their parties and various curated events hosted across multiple global cities, each one a celebration of inclusivity and letting one’s inner ‘Filthy-Freak’ fly! From all this, BONES UK might seem like a band who are already quite far along with their mission, but spend any time in their presence and it’s easy to see that THEY are only just getting started…