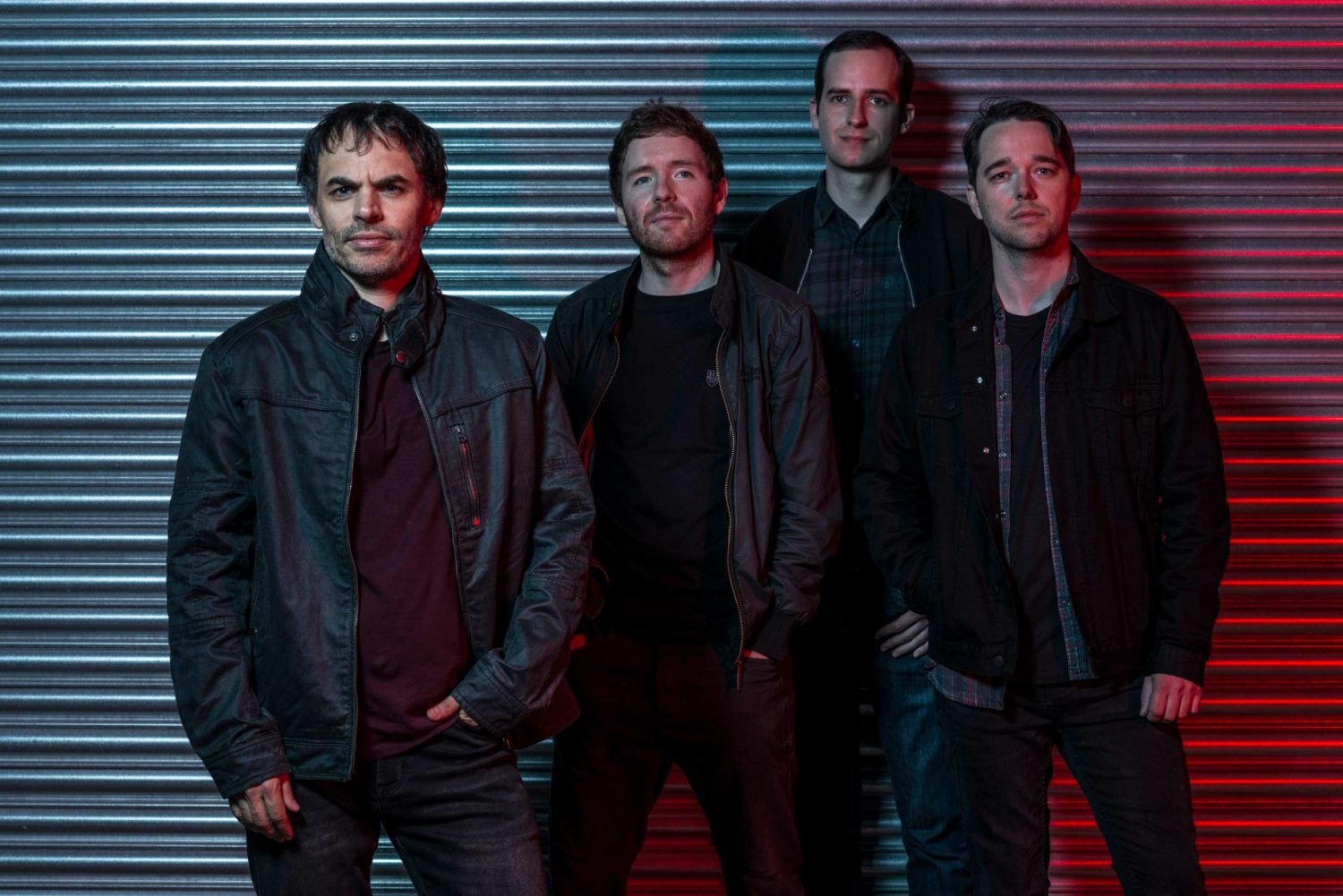 For the first time in almost two years, Godsticks head out for a short headline tour, visiting London, Manchester, and their hometown, Cardiff. Like so many other bands they spent the nationwide lockdowns of 2020 making music videos from their home studios, even using green screens to create an unique ‘live’ video in support of the ‘Save Our Venues’ campaign run by the Music Venue Trust. Now at last, the band can return to the live stage.

Singer and guitarist Darran Charles revealed his eagerness to play live. “To be truthful, I haven’t missed playing live in the last 18 months, but that’s largely because as soon as the seriousness of the pandemic became clear, I quickly got into the mindset not to yearn after something that would not be possible for quite some time. We’ve cancelled two tours in the last 18 months but none of us really believed they could go ahead even when restrictions were slowly being eased.

However, since COVID restrictions were almost completely lifted in August, there has been hope on the horizon and we began to truly believe that these gigs would happen. And it’s now that we are beginning to feel a real sense of excitement about returning to the stage, especially since we have yet to perform any of the songs from Inescapable live. Even though the album was released over 18 months ago, it still feels fresh to us. All our songs were written with live performance in mind, and the songs don’t feel truly realised until we’ve turned up our amps and rocked out the riffs to an audience.

The band kick off the tour in their hometown of Cardiff at Fuel Rock Club, and from there head to Gullivers in Manchester. Then they will finish this mini-tour at the Black Heart in London – a venue that only survived thanks to a GoFundMe campaign.

With Inescapable the band have channelled their energy and technical ability into the melody, phrasing and vocal performance, allowing emotion to take centre stage. Their mix of heavy rock, progressive and alternative metal with a dynamic range of angular riffs and emotional depth is leaving listeners reeling. On this release Godsticks found a definitive theme running through the songs, one of being more open and more personal; ultimately one that shines an inquisitive light on Charles’s struggle with inner demons which give the songs a new level of intimacy. Inescapable was produced by James Loughrey (Skindred) and recorded at the famed heritage Monnow Valley studio.

A selection of some of the great reviews from the media on Inescapable:

– ‘A mighty powerful piece of work that could be as perfect as Godsticks are going to get. Savour the moment’ 9/10 – Powerplay Magazine