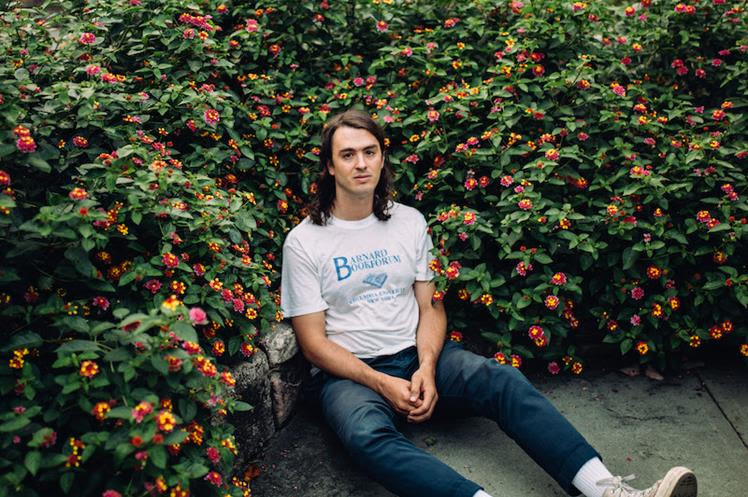 “brief and triumphant … it’s a big, sticky, fuzzy alt-rock song with a drum-machine beat and a tough-sounding hardcore bassline.” – Stereogum on “Are You Sure?”

Hand drawn and animated by Rob Fidel, Glitterer has released an animated lyric video for the new track “Didn’t Want It” today; listen and watch the new clip HERE.

“ “Didn’t Want It” was the first song I wrote for the new record,” Glitterer aka Ned Russin explained. “Despite having no road map for how the rest of the songs would turn out, this track established a lot of the qualities that would be further explored as I continued to write – more present and fuzzed out guitars, minimalistic chord changes, and uncertain, longing lyrics.”

A Washington, D.C. resident and northeastern Pennsylvania native, Russin co-fronted Title Fight for many years before the band suspended operations and Ned became Glitterer, releasing his debut album Looking Through The Shades in 2019. “Speckled with synths and/or propelled by a thumping drum machine … It’s a far cry from anything Russin has ever been a part of before,” Stereogum said.

This time Ned has produced the record himself, notwithstanding some recording and performance help from his twin brother, Ben as well as mixing and mastering by Arthur Rizk (Code Orange, Power Trip). Would it surprise you to hear that, irrespective of worldly doom and gloom, the new songs are even catchier and bigger-sounding than the Looking Through the Shades material?

With roomier drums and more electric-guitars-per-square-inch than ever, Life is Not a Lesson has a way of evoking an alternate-universe version of Guided By Voices, one with a hardcore-punk background. And if there was, perhaps, an indirect or “meta” aspect to the pop appeal of Glitterer’s older records, there’s essentially none of that here: this is Glitterer’s most insistently and proudly accessible work. To wit: the single “Didn’t Want It,” a slowed-down, fuzzed-out invocation of Sebadoh’s driving infectiousness circa Bakesaleand an unsentimental ode to abandoned ambitions (“Didn’t want to want it all / Found a word, made me feel small … Didn’t want it / Did I now?”).

Lyrically, as with the prior album, many of the songs on Life Is Not A Lesson are short, dialectical considerations of the countless daily miniature panic attacks that attend the rigorously examined life. For example, the lyrics of the previously released track “Are You Sure” – “Feel it in my spine / Certainty is mine / Are you sure?” – combines the tension-building properties of GBV’s “Hot Freaks” with the tension-resolving blast of something like The Pixies’ “Gouge Away”. Life is Not a Lesson proves to be a rigorous reckoning with the life of the mind at a time when there’s not much life outside the mind.

The darkest and deadliest events in our history, like the manifold calamities of 2020, aren’t pieces of an academic puzzle to be pondered from a safe remove. Tragedy is not “material”; it’s life. Life is not a lesson; it’s life. And life goes on. Knowing that, all we can do is heed the title track of Glitterer’s new album (maybe the closest thing to an intellectual manifesto that we’ll ever get from Ned Russin): “Think aloud / Inherit doubt / Build another bridge for them to burn / Run away / Speak slowly / Life is not a lesson to be learned.” 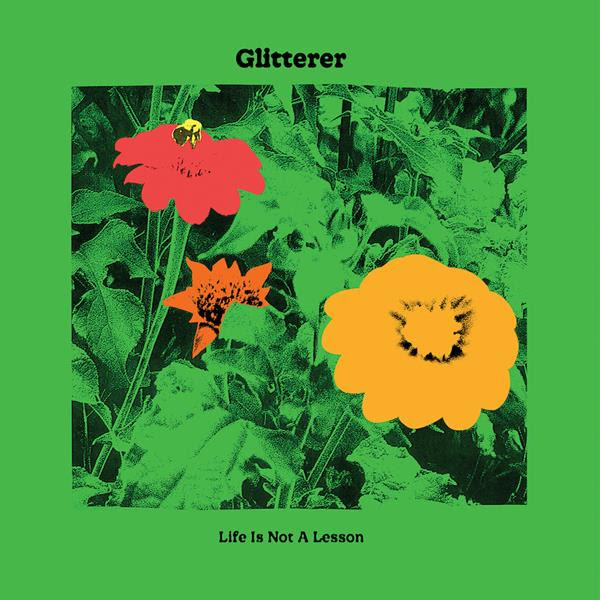 Pre-Order ‘Life Is Not A Lesson’