To kick off the new year in style, GLITTER WIZARD are unleashing more details about their fourth album ‘Opera Villains’ on Heavy Psych Sounds, and release a first song right now!

Are they glam? Are they metal? Stoner rock? Psych? Prog? For over a decade, people have been trying to pin down GLITTER WIZARD but this band refuses to be pigeonholed. As they play a unique brand of freak rock and roll that Julian Cope once described as “unashamedly glamorous hard rock” and he wasn’t wrong. These San Francisco heshers have been wowing rock fans with heavy riffs and a high octane stage show that combines it all: psych, metal, punk, glam and prog into a sound that is both hard to categorize and easily recognizable as their own. Pulling influences from the entire heavy rock canon, G Wiz combines scorching guitar riffs and spaced out synths to create something familiar, yet entirely new and weird.

Stream new song ‘A Spell Of Evil’ right HERE
Their upcoming album Opera Villains is set for a release on April 20th 2019 and will bring the heat that we’ve come to expect from GLITTER WIZARD but adds a layer of dramatism that we haven’t heard before. ‘Opera Villains’ will be available in the following formats:
– 25 test press vinyl
– 250 ultra LTD yellow transparent / splatter red/blue/green vinyl
– 500 LTD pink fluo vinyl
– Black vinyl
– Digipak
– Digital
GLITTER WIZARD “Opera Villains”
Out April 20th on Heavy Psych Sounds Records
Preorder available at this location 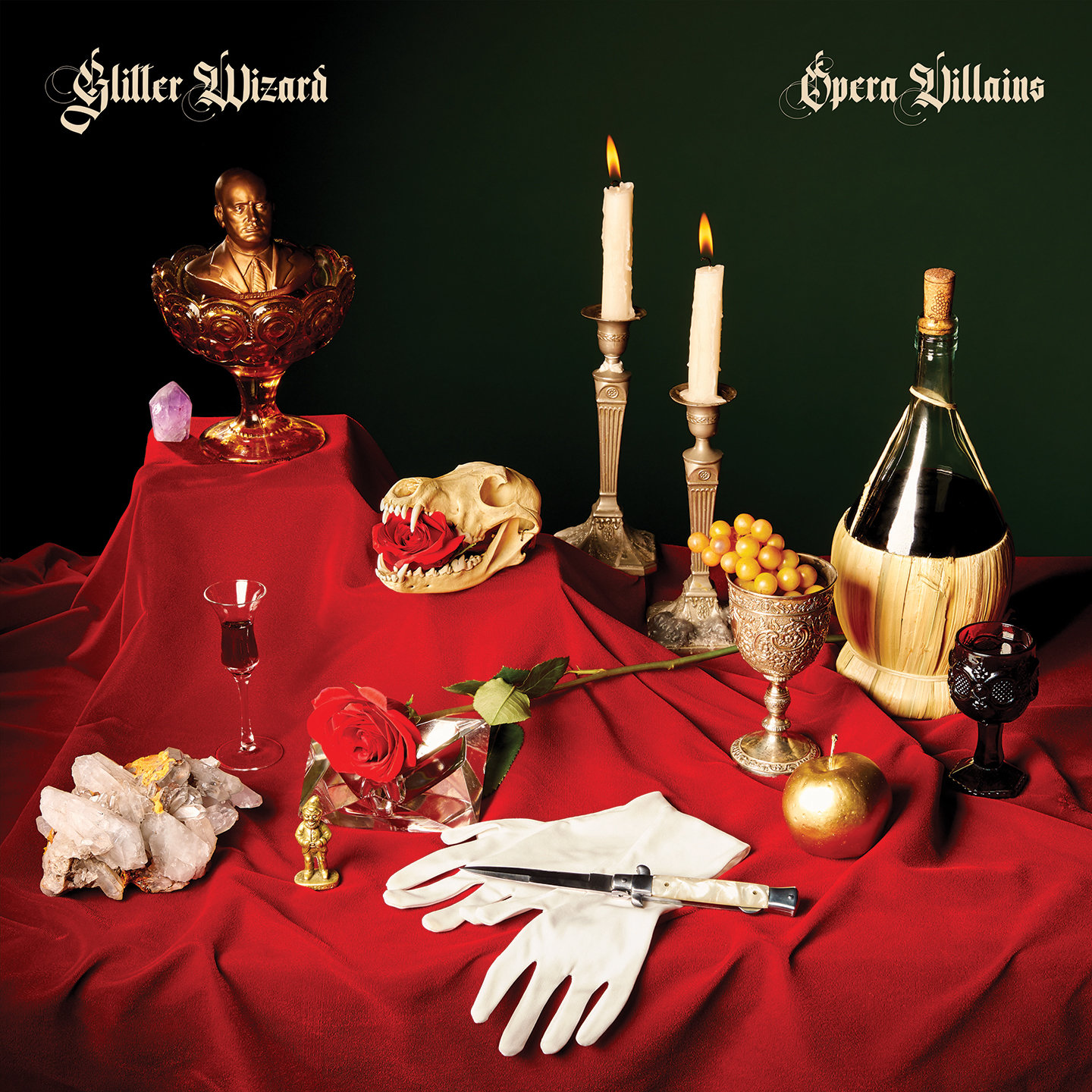 TRACK LISTING:
1. A Spell So Evil
2. The Toxic Lady
3. Fear of the Dark
4. Ten Foot Man
5. March of the Red Cloaks
6. Rats
7. Dead Man’s Wax
8. Hall of the Oyster King
9. Prelude to a Duel
10. Warm Blood
With their unique brand of the glam punk and stoner metal prog tunes, GLITTER WIZARD have won over audiences touring the US and Europe, playing club shows and festivals like Roadburn, DesertFest, BurgerBoogaloo, SXSW, Desert Daze, Psycho de Mayo or Heavy Days in Doomtown along the way. Their music has been featured in film, podcasts, the X Games, and even a low budget porno. GLITTER WIZARD have released three full length albums, as many Eps to date, this Spring they will be finally back to revive your glamorous heavy music spirit!