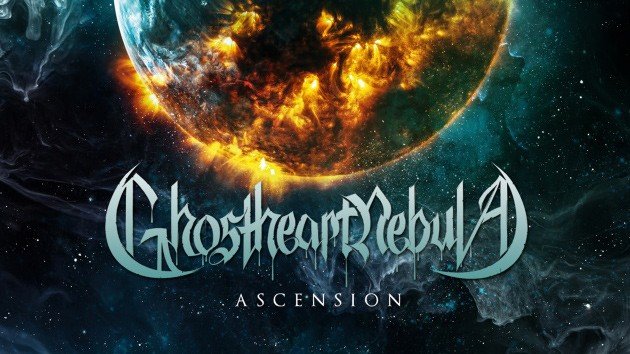 GHOSTHEART NEBULA, formed in 2017 by Nick Magister, Maurizio Caverzan and Bolthorn, offer a dark and cosmic soundtrack between blackened death doom rich of melancholic grandeur and post- rock hints. Following their debut EP “Reveries”, self – released in 2018 and well acclaimed by the global music press, Ascension marks their first record as a full band, while Aron Corti (guitar) and Panta Leo (drums) permanently joined the band in early 2020.

“This new chapter, unraveling in a trail of empathy and introspection, contains the main stylistic and emotive nuances of our music,“ the band recently said. GHOSTHEART NEBULA succeeds to take the listener on a cloudy journey of the mournful mind and soul, and just recently they shared another track from their upcoming magnum opus. Dive deep into the spheres of GHOSTHEART NEBULA and watch their new video for “Ascension Pt II: My Burial Dream” here:

Says the band about the song: “The fear of death silently accompanies our lives, but in the last moments on this earth, what we should really dread is the confrontation with ourselves. At the end of the day, before vanishing forever, the great truths will be revealed, with no exception for anyone.”

Ascension was recorded at StreetRec Studio in Como, Italy, and was mixed & mastered by Øystein G. Brun (Borknagar) at Crosound Studio (Bergen, Norway). The album will feature several high class guest musicians such as Lucia Amelia Emmanueli (Monochrome The City, Trewa),  Gogo Melone (Aeonian Sorrow, Clouds) and a theremin solo by Jon Liedtke of Inter Arma and Lost Tribes Of The Moon.

Slated for a release on September 17, 2021 via Black Lion Records, you can now pre-order your copy at THIS LOCATION!