Gary Moore // How Blue Can You Get // Album Review

February 2021 marked ten years since the tragic passing of one of Northern Ireland’s finest sons. Musician, singer and blues aficionado Gary Moore was indeed a sad loss, of course, not only to his family and friends but also the music community as a whole.

And so, it is with great anticipation that we expect the latest release, How Blue Can You Get. From the Moore family archives, the album features unheard deep cuts and alternate versions of previous songs from the former Thin Lizzy and Skid Row guitarist. Paying tribute to the late guitar hero, Black Stone Cherry singer Chris Robertson explains “Gary Moore took the blues and turned it on its head for me. His ferocity and his style of playing definitely have been an influence on me.”  Don Airey is another long-time friend of his. Reminiscing he says, “Gary was a great singer, lyricist and songwriter, and then there was his guitar playing to contend with, (not to speak of his coruscating Belfast wit).”

What we have here are 2 brand new unreleased original tracks – In My Dreams, a soulful yet glorious ballad, featuring Moore at his absolute soloing best .. a must for any blues guitar fan alongside Looking at Your Picture, not his finest work but nevertheless a melancholic mid-tempo number that will add to his body of work for any fan.

Then there are the covers (or blues standards depending upon how you view re-working of original material). The LP opens with a studio version of tracks often heard in Gary’s live shows, Freddie King’s “I’m Tore Down”. The studio clearly gave him a chance to finesse the solos into a thumping version of the track (a six-minute blues guitar masterclass). The class continues with Memphis Slim’s “Steppin’ Out” an opening riff that has been used by so many musicians across the years, of course, Moore just tears it a whole new one !!. These tracks alongside BB King’s 1964 hit “How Blue Can You Get.” and Elmore James’ “Done Somebody Wrong,” round out the standards, once again proving that Moore is the original master when it comes to re-working the originals.

Finally, we have a re-working of 2 of Moore’s original songs. A bluesy ( and much better version ) of “Love Can Make A Fool Of Me” and then the album closer a reworking of “Living WIth The Blues” …. A simply stunning example of his extraordinary songwriting and musicality. 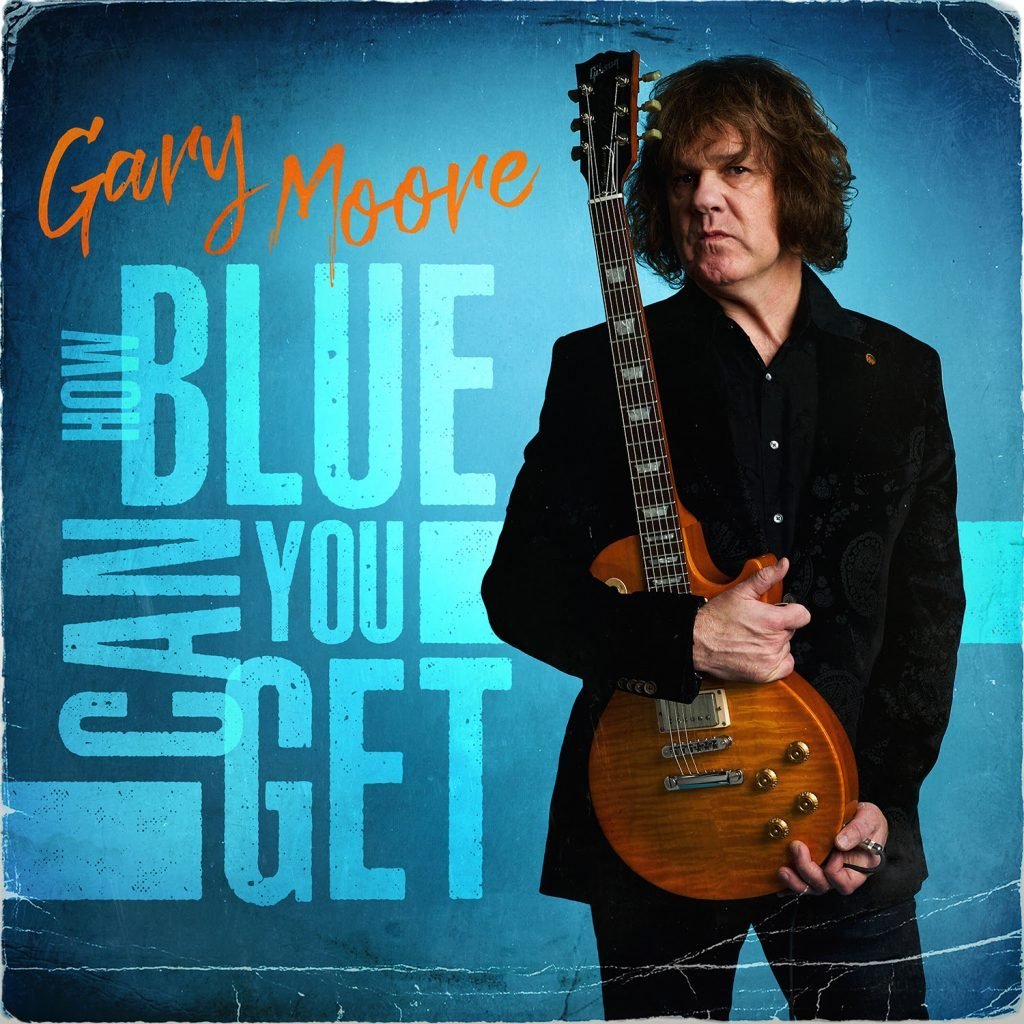 How Blue Can You Get Tracklist: