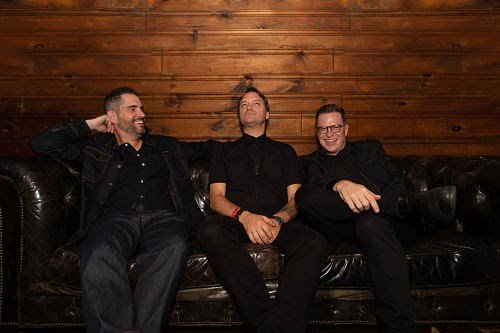 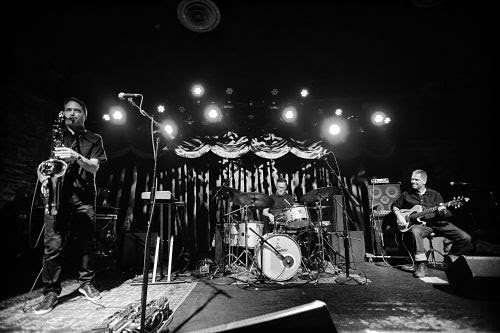 Garage A Trois :: Photography by Marc Millman
Today, Garage A Trois has shared “The Epic” (listen/share), the second track to be released from the band’s forthcoming album, ‘Calm Down Cologne,’ out April 16 on Royal Potato Family. The collection marks their first new album in ten years and the first from the original trio line-up with guitarist Charlie Hunter, saxophonist Skerik and drummer Stanton Moore since their debut album, Mysteryfunk, was released 22 years earlier in 1999.

OG GAT, as the current configuration of the band has been dubbed, recorded the album at Stone Gossard‘s Studio Litho in Seattle with ace engineer Randall Dunn. It would later be mixed at AVAST! Recording Co. With all but a few edits on beginnings and ends of performances, ‘Calm Down Cologne‘ presents the music as it was played in the studio that day. The title track is the only pre-composed piece on the album, while the remainder of the material was improvised live from the studio floor as the tape rolled.

“Charlie and Stanton have been playing together for 25 years. There is a limitless quantity of output that they are able to generate. My job is to stay out of the way of their immovable freight train of rhythmic power and add melodic content on top,” explains Skerik. “And the final element of this sonic signature comes from Randall who glues the music together in the recording and mixing process. He’s the perfect engineer for records that depend on improvisation. He moves fast and gets huge sounds that convey the dynamics and power of the band.”

Garage A Trois has also announced an album release livestream celebration on Friday, April 16 at 9pm ET / 6pm PT on Loudswell.com. The event will include the band previewing and discussing the songs and recording process on ‘Calm Down Cologne,’ as well as, answering questions from fans. They’ll also perform virtually with Skerik and Stanton Moore in New Orleans, LA and Charlie Hunter in Greensboro, NC. Additonal info available here. 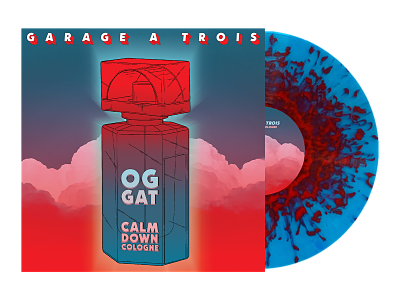 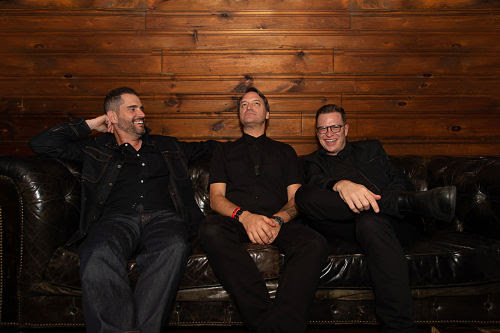