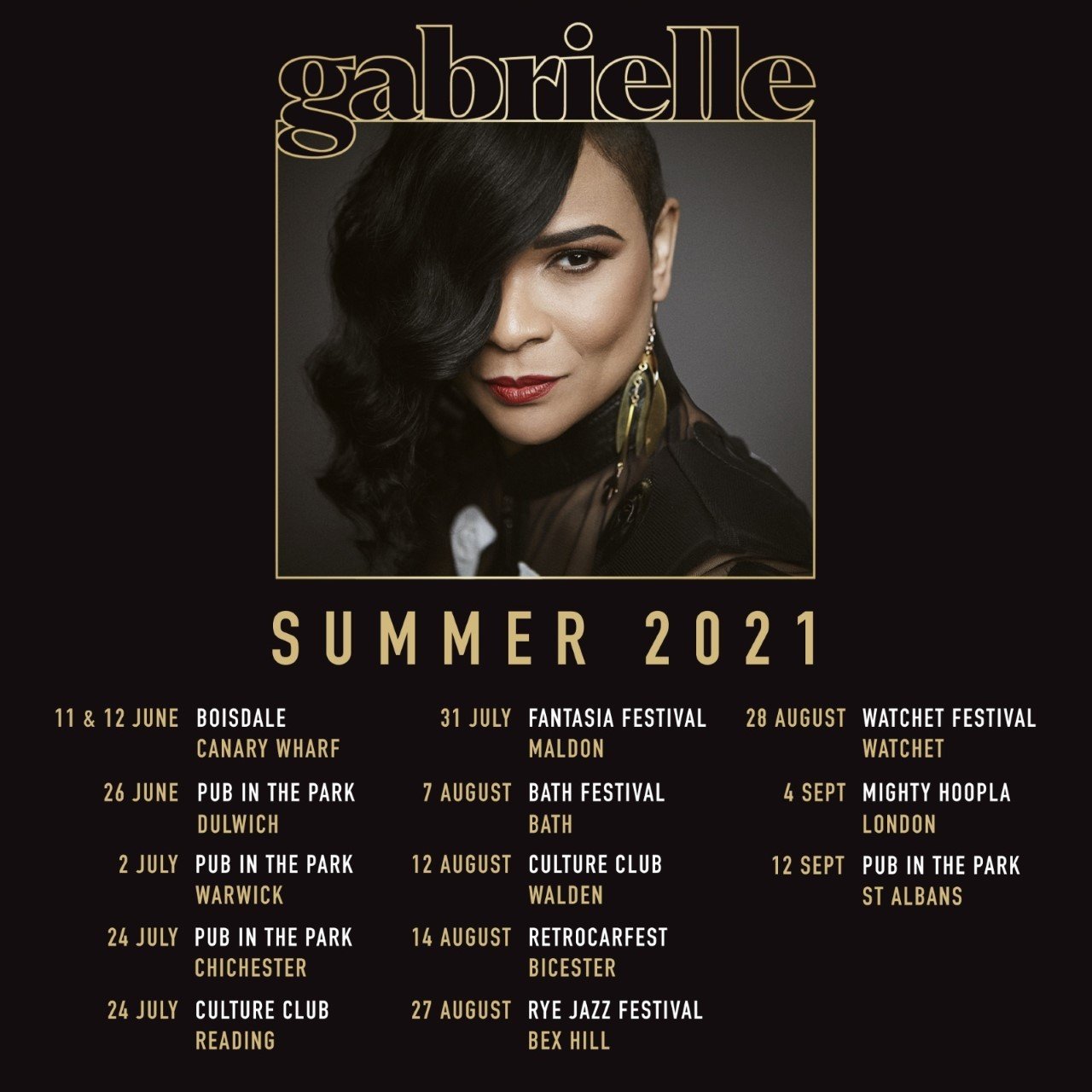 PRAISE FOR ‘DO IT AGAIN’

“The one constant is her wonderful voice. In a career spanning 3 decades, Gabrielle has made more spines tingle than an octopus masseuse.” Sunday Express 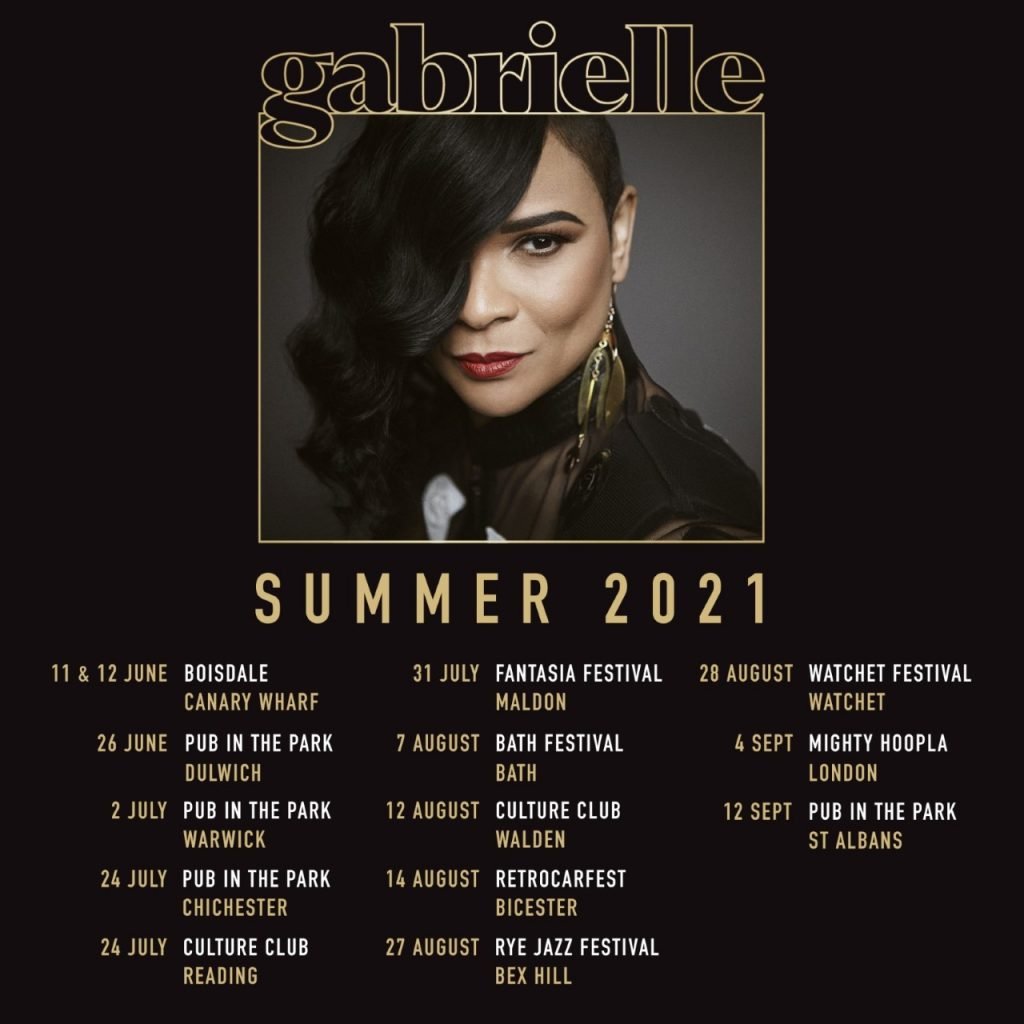 Gabrielle has announced some summer shows including dates with the legendary Culture Club for Summer 2021.

Gabrielle’s new album ‘Do It Again’ charted in the official UK charts this month at #4, a fantastic achievement for the icon who is one of the top British female artists of the past 30 years. The album was met with brilliant reviews and came after her recent departure from ‘The Masked Singer’ as Harlequin.

The ‘Do It Again’ album features stellar studio recordings of the songs that Gabrielle performed on ‘The Masked Singer’. From elegant, timeless twists on recent favourites such as Billie Eilish’s ‘Everything I Wanted’ and Harry Styles ‘Falling’ to revisiting classics such as ‘Smile’ and ‘Fast Car’, Gabrielle’s talent is undeniable. The album also features Gabrielle’s take on other iconic compositions, including ‘Killing Me Softly With His Song’ (most memorably recorded by both Roberta Flack and The Fugees) and Sam Cooke’s ‘Bring It On Home To Me’.

Following lead single ‘Stop Right Now’ an upbeat, catchy romantic song, Gabrielle then released the other original song on the album ‘Can’t Hurry Love’ which was co-written by Gabrielle and is a soulful, atmospheric song that showcases Gabrielle’s distinctive vocals. Gabrielle recently performed at Comic Relief 2021 alongside Justin Bieber.

Gabrielle recorded ‘Do It Again’ with Ian Barter (Amy Winehouse, Paloma Faith), who produced, mixed and mastered the album. ‘Do It Again’ is released on digital and CD formats, and is available to order here.

Gabrielle made an immediate impact when her debut single ‘Dreams’ spent three weeks at #1 in the summer of 1993. Her second #1single, ‘Rise’, followed in 2000 and was embraced by fans as an anthem that helped them inspire them to keep the faith that better days would follow in the future. Her catalogue of hits includes a further eight Top 10 hits, notably ‘Out Of Reach’ (which featured in ‘Bridget Jones’s Diary’), ‘If You Ever’ (with East 17) and ‘Give Me A Little More Time’.

That success extended to albums too. Her 1999 #1 album ‘Rise’ was one of the most successful of the era and has been certified 4 x Platinum, a status matched by the compilation ‘Dreams Can Come True, Greatest Hits’. Another three reached the Top 10, including her previous set, 2018’s ‘Under My Skin’. ‘Do It Again’ represents Gabrielle’s sixth studio album.

Her popularity was matched by critical acclaim in the shape of a succession of major awards. Highlights included two BRITs (Best British Female and Best British Breakthrough) as well MOBO Awards for Best Single (‘Give Me A Little More Time’) and Best Album (‘Rise’). After being nominated on five separate occasions, she won her first Ivor Novello Award in 2008 when she was honoured with the prestigious accolade for Outstanding Song Collection.

‘Do It Again’ tracklist: