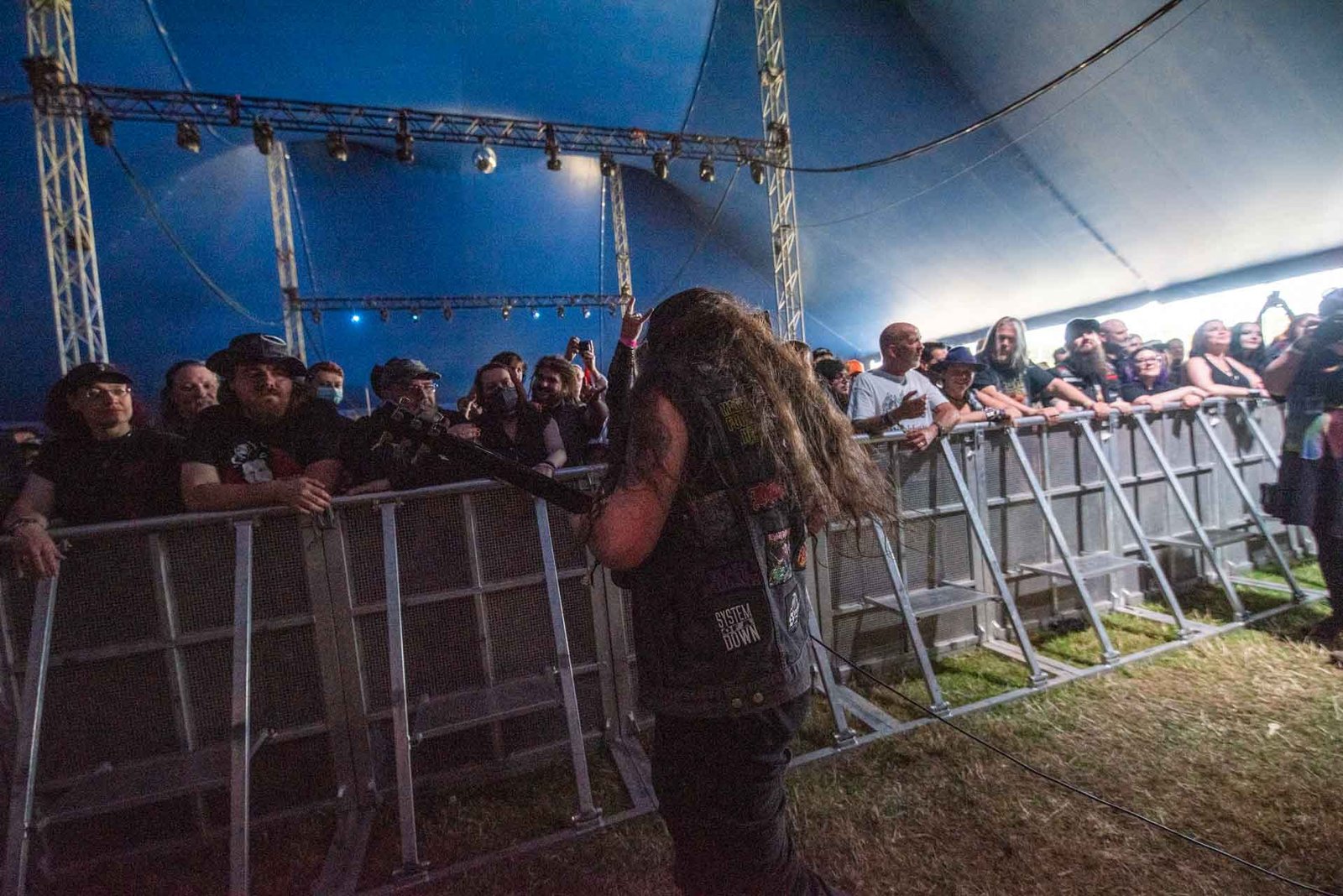 Fury were the first band to take the stage at the Sophie tent being a last-minute replacement for Mother Vulture. Despite this, they pulled in a heavy crowd who all seemed excited to see the band perform. The set they performed got the crowd pumping their fists in the air and clapping along. It was also the first time seeing the band perform with their new backing vocalists who make a fantastic addition to the band’s sound. With songs about dragons and even some scat-metal, they were a great start to the day.

Up next were Thunderous Jones with their heavier brand of metal. They were clearly excited to perform and despite it being so long since we’ve had love music, the band’s performance was tight and full of energy. With special guest Johnny Doom, joining the band on stage, they treated the crowd to one of their latest singles which was released earlier in the year. The combination of Dooms guttural screams and Xxxx more melodious vocals, excited the crowd as showed their appreciation for the new track. With their debut album out later this year, I’m sure that there is more to come from these guys and they are one to keep your eyes on.
https://www.facebook.com/thunderousjones

The Sophie stage played host to Ashen Crown next and the crowd piled in ready for them. Having last played Bloodstock back in 2017, the band have since released their debut album `Obsolescence’. With the pandemic putting a hold on a tour to support this release, the band seemed ready to give this crowd everything they had. Despite only being lunchtime, a circle pit soon broke out as the crowd were awake and ready to let loose. The band sounded polished and demanded your attention on the stage as they brought the afternoon in.