Earlier in 2021 I was lucky enough to review Fulci’s – “Opening The Hell Gates” reissue. Which I gave a solid 8/10. A fantastic & original effort from the band.

Now a few months later I’m pleased to say I have the chance to review new material in “Exhumed Information”.

10 tracks of brutal death metal & horrifying synth in tribute to the later great Lucio Fulci. This time basing the album on the lesser known film “Voices from Beyond” which i personally think is one of his best!

And like in normal Fulci fashion they are pushing the boundaries & doing something very different.

The album opens with “Autopsy”, featuring a sample from the film, detailing the autopsy process by Lucio Fucli himself playing a pathologist. Before the brutality of the album starts by the hammer to the face which is “Voices”.

Already by the first track we can hear the Fulci ive came to love over the past year. But to my surprise the band has been able to turn everything to 11.

This sits right at home with the new & old death metal sounds that are currently big in the underground, A very old school raw feel but also keeping things modern and interesting, reminding me of the new wave of slam bands in the later 00’s.

“Nightmare” is by far my favorite track on the album. I’m a believer in groove & hooks, this track has it all.

A hypnotic guitar rhythm throughout the track, surprising lead work and a bass & drum section that just drives the whole song. It’s all capped off with a stellar vocal performance by Fiore.

Within these tracks Fulci are able to mix what you love about death metal & weed out what’s boring about it. Keeping that classic Cannibal Corpse, Obituary and Bolt Thrower influenced death metal.

Trimming all the fat & keeping it 100% meat. It’s like getting slapped in the face by a very expensive rump steak ha!

“Glass” is where the album takes a turn & the elusive TV-Crimes gives his contribution. This first track is straight up a lesson in building ambiance. Using a swell of keyboard, a thumping beat & select guitar sections the track ends with the listener drawn in & ready for what’s next.

“Child” is a monolith of synth & gives me huge John Carpenter vibes. Still heavy but building each layer one by one to create something so vast but also colstrophic at the same time.

And “Cemetery” is the perfect way to end the album, A more mellow tone, giving the feeling of any great Lucio Fulci work.

What Fulci & TV-Crimes have done is create a body of work that will make any gore hungry horror fan happy. Feeding all sides of death metal & that 70s/80’s horror soundtrack that is iconic. 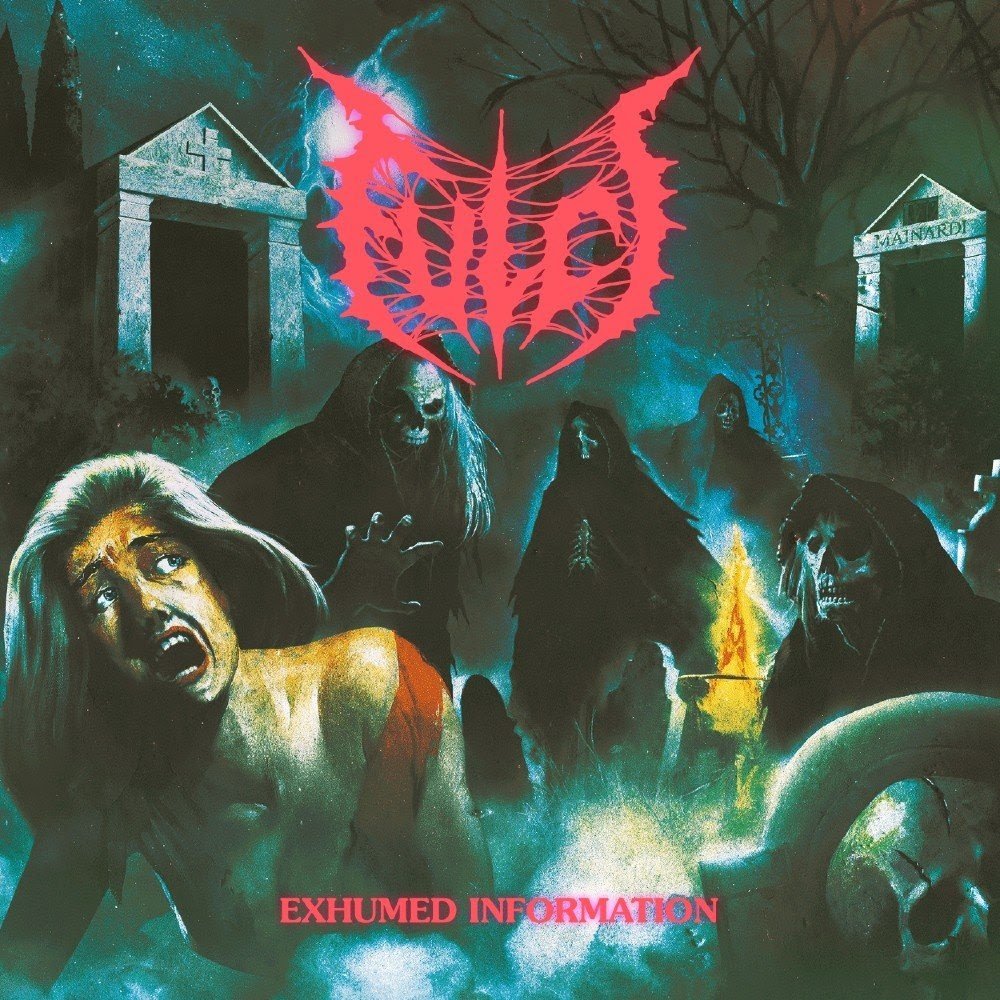