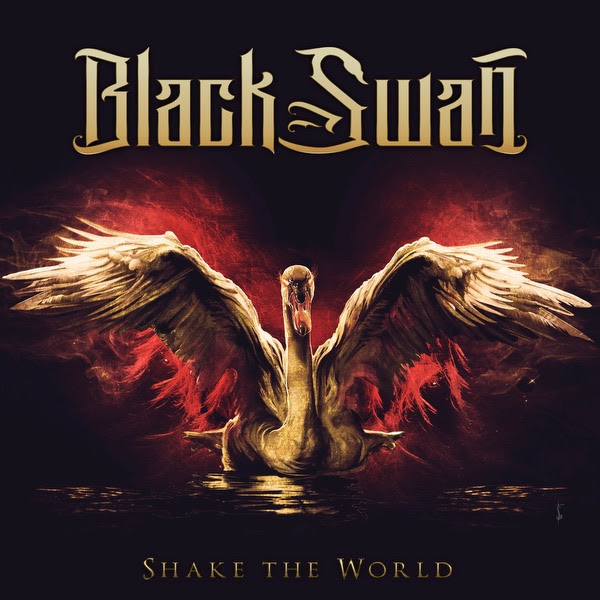 Vocalist Robin McAuley (McAuley Schenker Group), guitarist Reb Beach (Winger, Whitesnake),
bassist Jeff Pilson (Foreigner, The End Machine, ex-Dokken), and drummer Matt Starr (Ace
Frehley, Mr. Big) have joined forces in Black Swan and created ‘Shake The World’, an aptly
titled debut album of powerful hard rock that is not simply the sum of its parts, but a powerful
rock ‘n roll machine. Sparked by a conversation between Jeff Pilson and Frontiers, who were
keen to hear a project that could not only showcase McAuley’s vocal prowess but also have a
mighty musical backbone behind him, the initial seed was planted and Pilson ran with it from
there, recording the album in his LA studio. The final result sounds totally fresh and extremely
heavy, albeit still intensely melodic, but it is certainly NOT Dokken, Winger, MSG or any
combination thereof, but it’s own unique animal. ‘Shake the World’ is a killer slice of melodic
hard rock and heavy metal from these seasoned musicians and is essential listening!
Video : Shake The World bit.ly/2RLUuBY
Audio : Big Disaster bit.ly/2RIgSMx 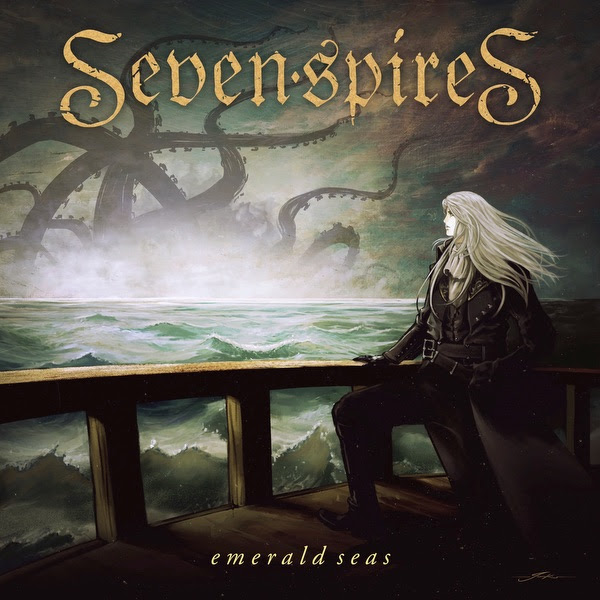 Seven Spires is an American metal quartet who draw influence from across the metal spectrum and
beyond to tell their tales of demons, death, love and the peculiarities of the human condition.
‘Emerald Seas’ is their second album and is a highly emotional, dark and theatrical epic that lyrically
is the prequel to the story of their debut full-length release, ’Solveig’. Both albums were made in
collaboration with Sascha Paeth (Avantasia, Kamelot, Epica), with versatile vocalist Adrienne
Cowan having recently been chosen by Paeth to front his band Sascha Paeth’s Masters Of
Ceremony and is also one of the touring vocalists for Avantasia. Seven Spires met while studying at
the renowned Berklee College of Music in Boston and also feature Jack Kosto (guitar), Peter de
Reyna (bass) and Chris Dovas (drums).
Video : Drowner Of Worlds bit.ly/2GiDI8i
Video : Succumb bit.ly/3899jWQ 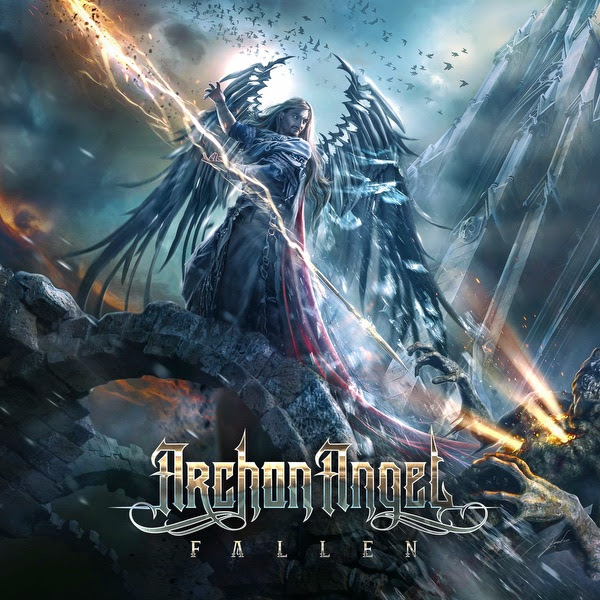 Archon Angel was formed by producer/guitarist Aldo Lonobile (Secret Sphere) and former Savatage,
Circle II Circle and current Trans-Siberian Orchestra lead vocalist Zak Stevens while both were
working on the Timo Tolkki’s Avalon album ‘Return To Eden’. After Lonobile had submitted some
song ideas reminiscent of the classic Savatage sound, the two felt the magic was there and wasted
no time in crafting a striking metal album that also features songwriting contributions from Italian rock
royalty Simone Mularoni (DGM, Sweet Oblivion) and Alessandro Del Vecchio (Lonobile’s bandmate in
Edge Of Forever among many other activities). The album itself deals with a central character, the
‘Archon’, who is a modern day angel, although the concept dates back to the religious system of
Gnosticism with the Archon acting as a medium who brings messages to God (or Demiurge) from the
people of Earth. The listener is invited to follow the story of the Archon as he is called upon to protect
the inhabitants of Earth through frightening and turbulent times.
Video : Fallen bit.ly/364eaqd
Audio : Rise bit.ly/2tKpV7N 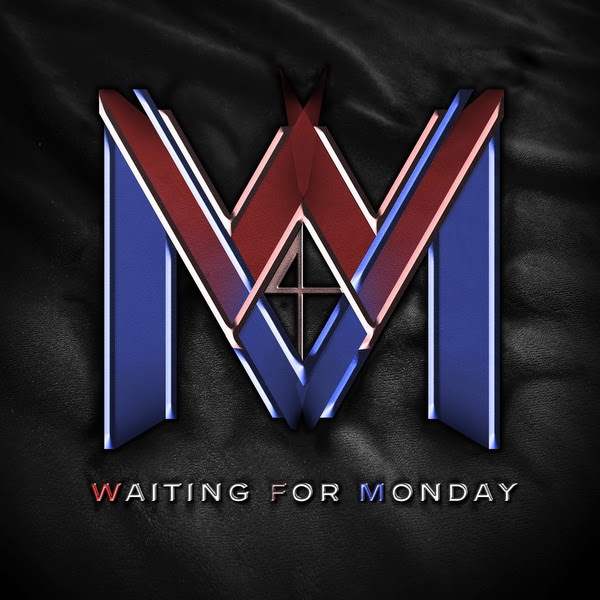 WAITING FOR MONDAY
Waiting For Monday
Waiting For Monday is a melodic rock band formed by Los Angeles based singer Rudy Cardenas and
guitarist/vocalist August Zadra. Brought to the attention of Frontiers by Jeff Scott Soto, the label
moved quickly to sign them based on their decidedly modern approach to the chart topping melodies
of the likes of Journey, Styx and Foreigner. Originally from Venezuela, Cardenas is an incredible vocal
talent. His pipes carried him all the way to the finals of American Idol and he has been heard on
numerous TV shows and movies. Zadra is best known for handling lead guitar and vocal duties in
the solo band of iconic singer Dennis DeYoung. Guitar playing has been a passion since his teens
and has taken him from Fairbanks, Alaska to Hollywood, California, where he has been in the
music scene for two decades and is often sought out as a guitarist/vocalist collaborator for recording
projects. The band line-up is completed by Walter Ino (guitar and keyboards), Eric Baines (bass) and
Joe Travers (drums).
Video : End Of A Dream bit.ly/2r8HVYm
Audio : Until The Dawn bit.ly/2GfYrJJ 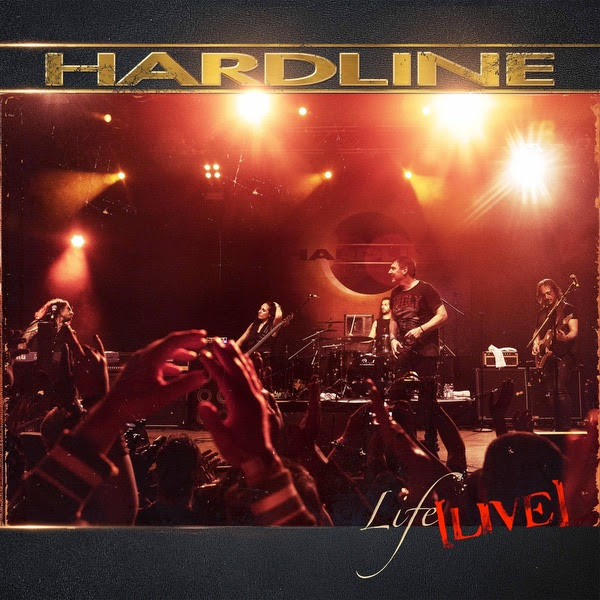 The live set performed by Hardline at the 2019 edition of the annual Frontiers Rock Festival was,
hyperbole aside, one of a kind. The band not only played a superb show, but it also saw original
drummer Deen Castronovo jump behind the kit to play on selected tracks from the band’s 1992
debut album ‘Double Eclipse’. This landmark set was captured on audio and video and is being
released on CD+DVD and digital formats (audio only) as ‘Life Live’. Hardline have been touring in
mainland Europe regularly in recent years and are a well oiled live machine, but the show they put
on at the Live Club in Trezzo Sull’Adda (near Milan) in late April 2019 has been hailed as one of
their best. With a solid rhythm section featuring powerhouse drummer Marco Di Salvia and Anna
Portalupi, the multi-talented Alessandro Del Vecchio on keyboards and background vocals, stellar
new guitarist Mario Percudani, and the inimitable Johnny Gioeli on vocals, Hardline rocked out hits
from their debut album and also played a selection of songs from their three most recent releases.
Video : Hot Cherie (live) bit.ly/30OXBxc