FRONTIERS MUSIC – New Album Releases Out In April & May 2021 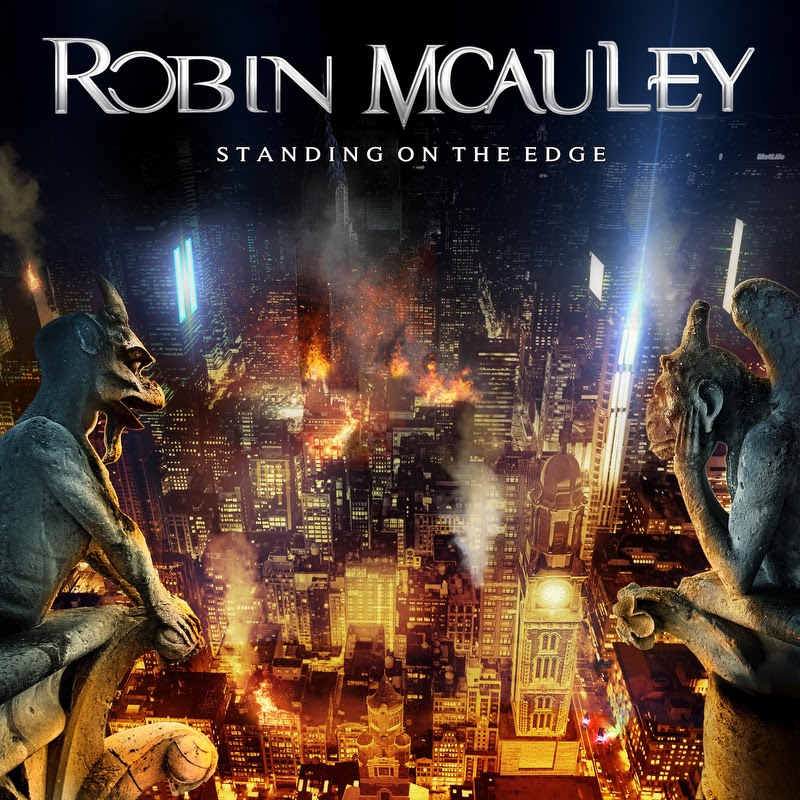 ROBIN McAULEY Standing On The Edge
This new solo effort is a strong statement from the respected Irish rock singer. Following his re-emergence with guest spots on Michael Schenker Fest albums and fronting the hard rock supergroup Black Swan, ‘Standing On The Edge’ sees McAuley encompassing variations on the Hard and Melodic Rock genres that are superbly performed. With production (and co-writing) assistance from Alessandro Del Vecchio, McAuley has come up with a gem of an album while demonstrating that his voice is as powerful as ever.
Video : Standing On The Edge youtu.be/AXlp_H4fDco
Audio : Say Goodbye youtu.be/8KqwVXmWFu8 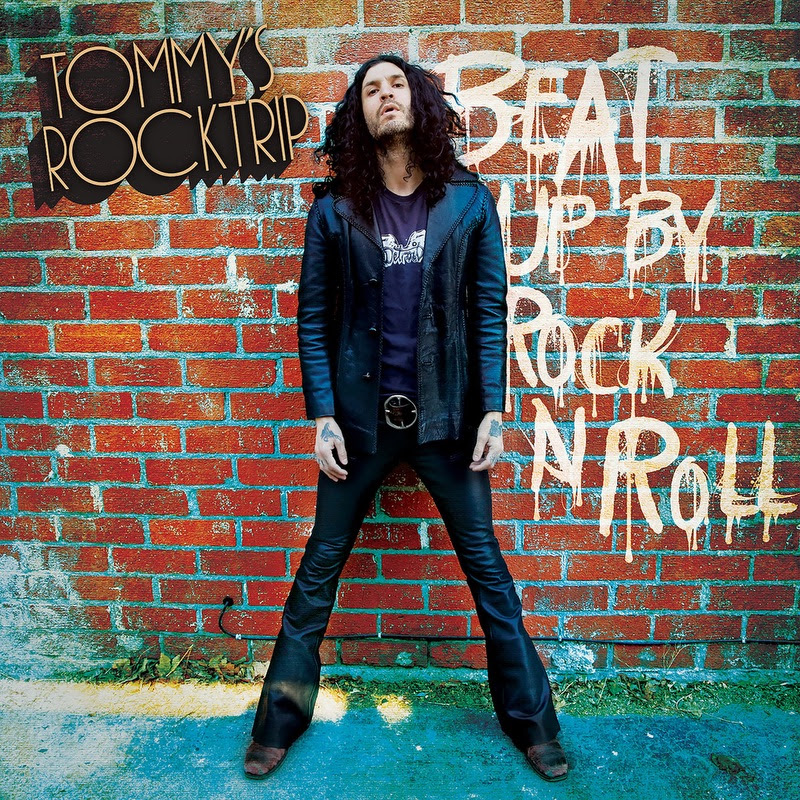 TOMMY’S ROCKTRIP Beat Up By Rock ’N Roll
A new outfit formed by drummer Tommy Clufetos that offers his take on the influences that made him one of the most sought after drummers on the  scene, thisis an in-your-face, honest, kick-ass hard rock debut album that also features a stellar supporting cast including lead vocalist Eric Dover (singer/guitarist with Jellyfish, Slash’s Snakepit, Alice Cooper), Eliot Lorengo (bass), Hank Schneekluth (lead guitar) and Nao Nakashima (rhythm guitar). Clufetos himself has long been acclaimed, having played with Alice Cooper, Ted Nugent, Rob Zombie, Ozzy Osbourne’s solo band and as part of the Black Sabbath line-up for their final tours.
Video : Got To Play Some Rock ’N Roll youtu.be/-TrRiViGaA8 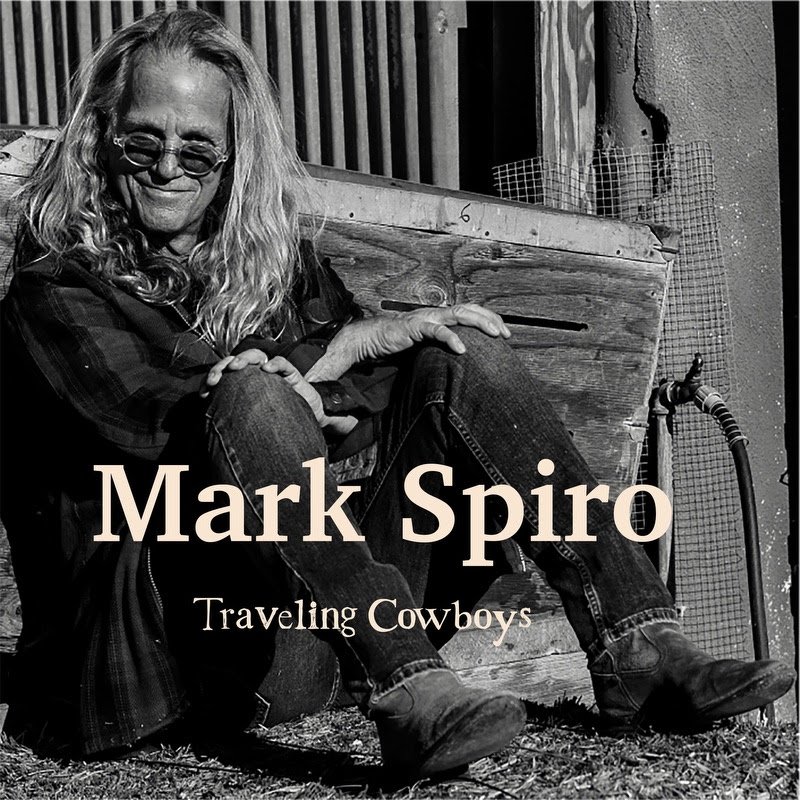 MARK SPIRO Traveling Cowboys
A renowned songwriter with numerous platinum songs to his name, Spiro further cements his legacy of excellent, personal and heartfelt songwriting with this new solo album. Writing and singing songs about life, love, sacrifice, heartbreak and everything in between, he envelops it all in a smooth melodic rock blanket, aided by guitarist Tim Pierce, fellow songwriter Gia Sky, and, for the single ‘7 Billion People’, duet partner Julian Lennon. ‘Traveling Cowboys’ is an album of which Spiro can be justly proud, showcasing a man with a talent for writing catchy yet thoughtful songs that any music fan will enjoy.
Video : 7 Billion People youtu.be/NmgXsN41994 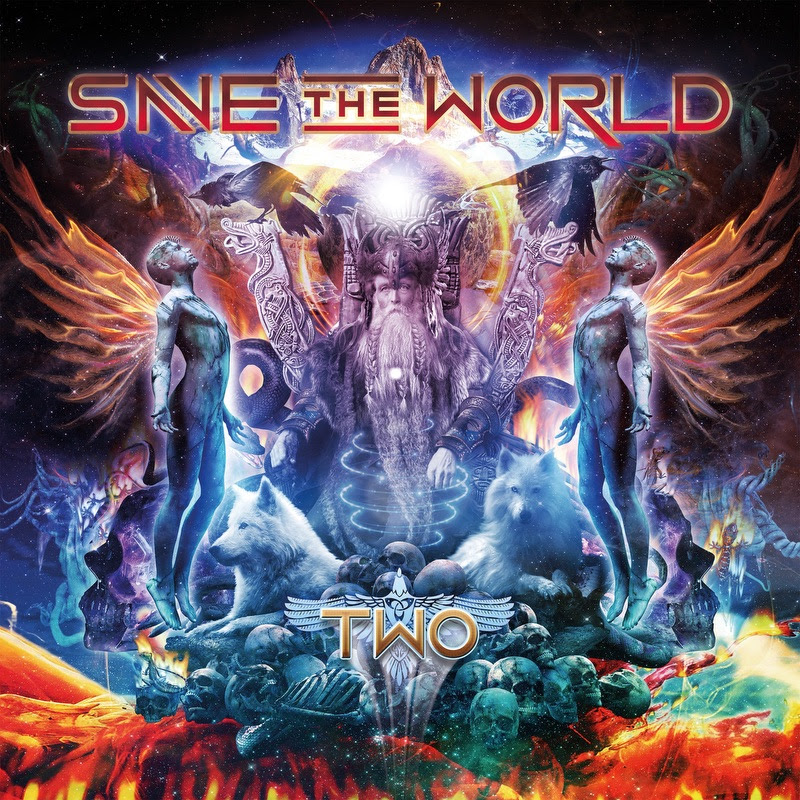 SAVE THE WORLD Two
Formed by songwriter Dan Tracey and fellow multi-instrumentalist Robert Wright, Save The World sees the duo pen emotionally charged songs with rich and melodic choruses, performing music that foregoes genre conventions in favour of a modern, anthemic and refreshingly dynamic signature sound. Tracey is also known for his vocal and guitar skills and currently sings and plays in the Alan Parsons Live Project. Wright is an acclaimed songwriter and producer who has topped the Billboard Country Album chart numerous times. Together as Save The World, their debut album ‘One’ (reissued on 7th May) made waves in the world of melodic progressive rock and even featured a cameo performance from Alan Parsons. With ‘Two’, they are sure to stamp their mark further still.
Video : Defenders Of The Faith youtu.be/79nLnLyNZLU 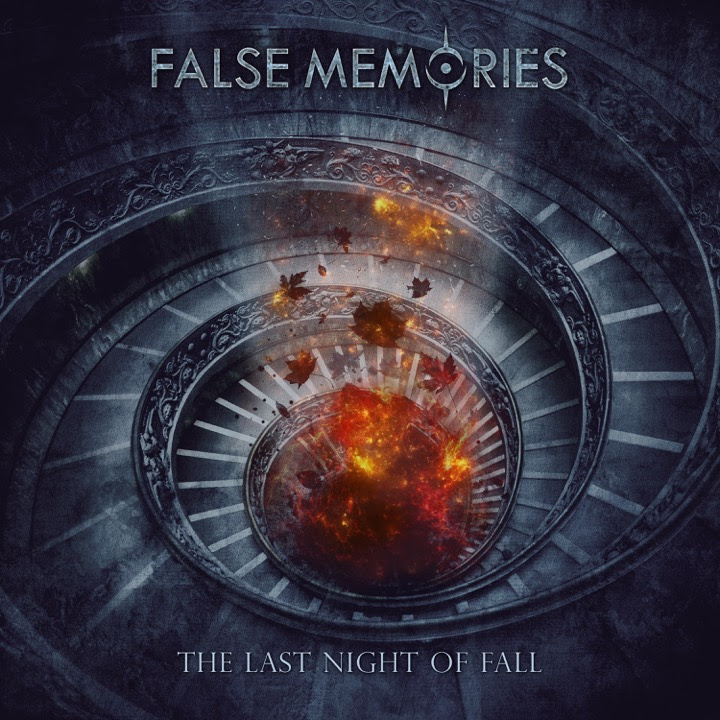 FALSE MEMORIES The Last Night Of Fall
The second album by this Italian dark metal act displays elements of goth, doom and prog metal. Founded in 2015 by guitarist Francesco Savino, the group gravitated towards its current sound and a debut album entitled ‘Chimerical’ was issued in early 2018, an updated version of which followed after Rossella Moscatello joined the band as its new singer later that year. The songs on ‘The Last Night Of Fall’ have been written by Savino and Moscatello.
Video : Voices youtu.be/LGhwNnMaUFE 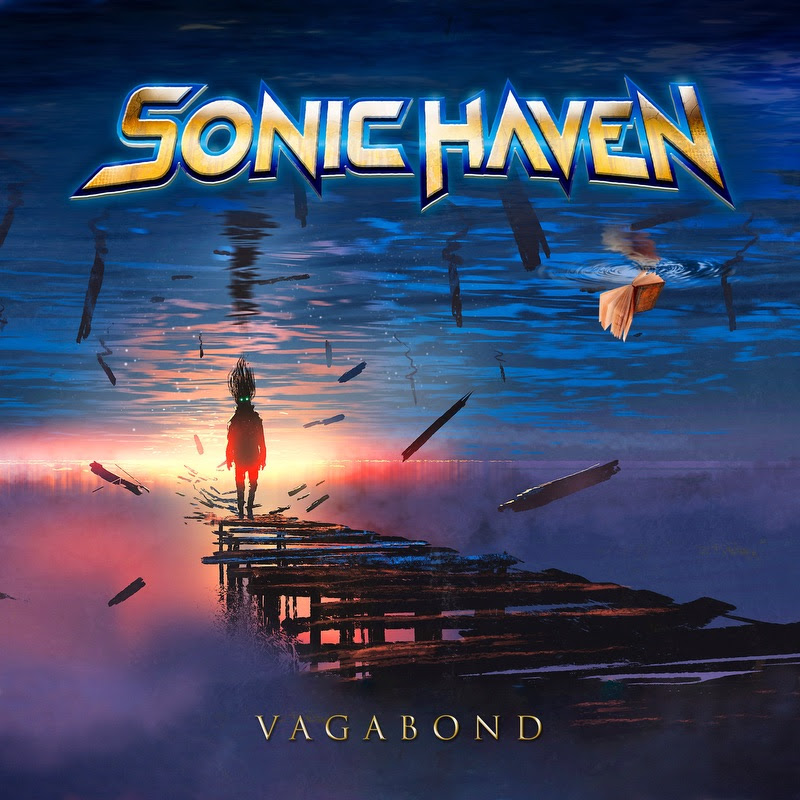 SONIC HAVEN Vagabond
This new German metal band was founded by frontman Herbie Langhans, one of the most gifted singers on the current European scene. Having earned international recognition as a studio singer and as a member of Avantasia, Voodoo Circle, Sinbreed, Beyond The Bridge and Firewind, for Sonic Haven he has put together an outstanding line-up that includes drummer André Hilgers (Bonfire, Rage, Silent Force), guitarist Carsten Stepanowicz (Radiant) and bassist Dominik Stotzem (Beyond The Bridge). ‘Vagabond’ was recorded and produced by Langhans together with Sascha Paeth (Avantasia, Kamelot, Beyond The Black, Sascha Paeth’s Masters Of Ceremony) on mixing duties, plus Michael Rodenberg aka Miro adding his signature touch on orchestrations.
Video : Vagabond youtu.be/_gKveG46gGg 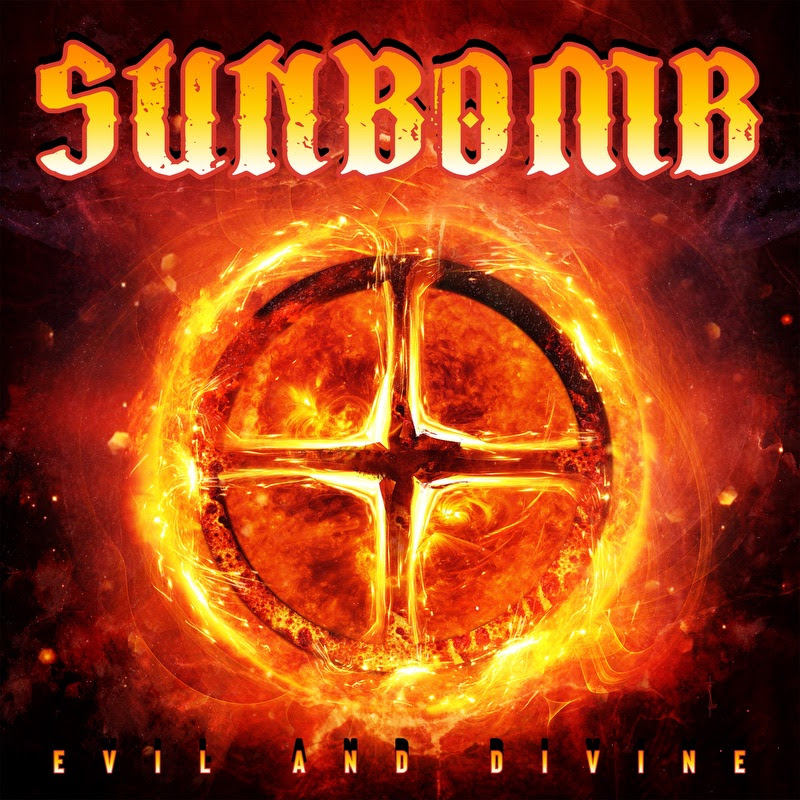 SUNBOMB Evil And Divine
A highly anticipated new alliance between two steadfast warriors of the US hard rock and metal scenes in Tracii Guns (L.A. Guns) and Michael Sweet (Stryper), the duo have made a blinding album that melds influences of classic acts such as Black Sabbath and Judas Priest with Guns’ love of various metal subgenres. With Guns writing the music, the fact that Sweet has been writing and performing in an increasingly heavier style on recent Stryper albums made him a logical choice to sing. Doom metal has been a massive influence on the songwriting and is a subgenre known for powerful singers. Sweet’s vocal ability and range has proved to be a perfect match.
Video : Life youtu.be/mY672AJDa80
Lyric video : No Tomorrows youtu.be/s9qF1ehswQI 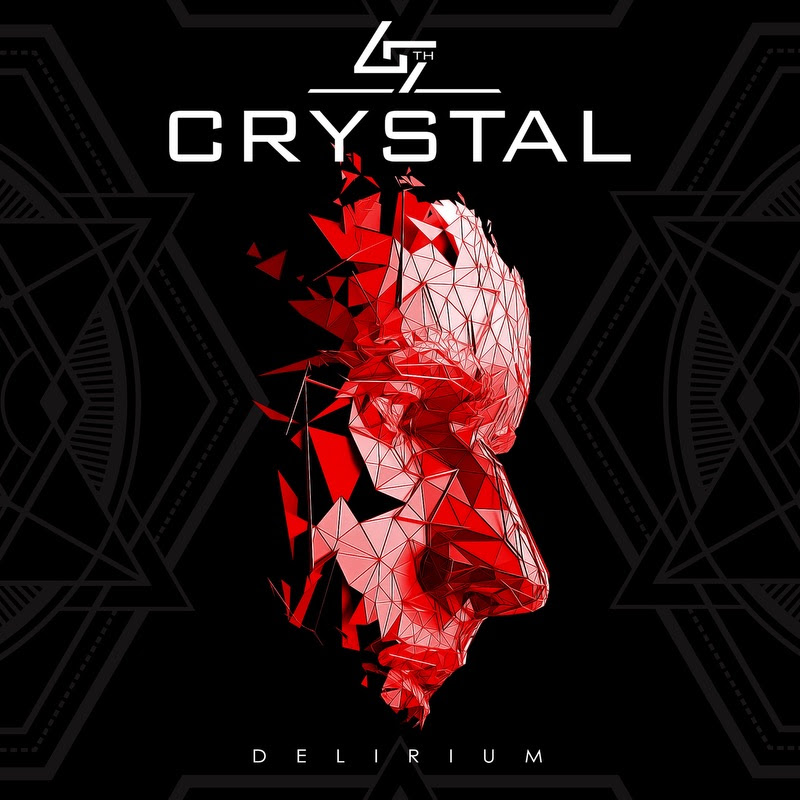 SEVENTH CRYSTAL Delirium
Swedish hard rock act Seventh Crystal is a new act put together by singer Kristian Fyhr, with their music best described as arena ready intelligent hard rock with melodic rock influences. “We like to write songs in a pop style and then beef them up and make them rock,” he explains. “We’re big admirers of everything from Cheiron Studio and Max Martin to Behemoth and Iron Maiden, so our influences come from a lot of different sources. However, we kind of end up in the modern hard rock and arena rock sound, as that’s where we have our common roots.” Fans of other current Scandinavian melodic hard rock acts such as One Desire and H.E.A.T. will love the debut album by Seventh Crystal.
Video : Say What You Need To Say youtu.be/BGcA1wUfM3Q
Audio : When We Were Young youtu.be/xyGbat4yf2Y

DENNIS DeYOUNG 26 East, Vol 2
TERRA ODIUM Ne Plus Ultra
BROTHER AGAINST BROTHER Brother Against Brother
ONE DESIRE One Night Only : Live In Helsinki