THE FERRYMEN One More River To Cross
Video : The Last Wave youtu.be/HUiNPFr0fg8
Video : One Word youtu.be/_3is5pOencY

NASSON Scars
Video : We Are The Army youtu.be/_Y0tyWwpqeE
Video : Not Today youtu.be/6jQMo5ifHjg

KRAEMER All The Way
Video : Tonight youtu.be/snQO43BKp7k
Lyric video : All The Way youtu.be/bzU-S4Ua3Vs 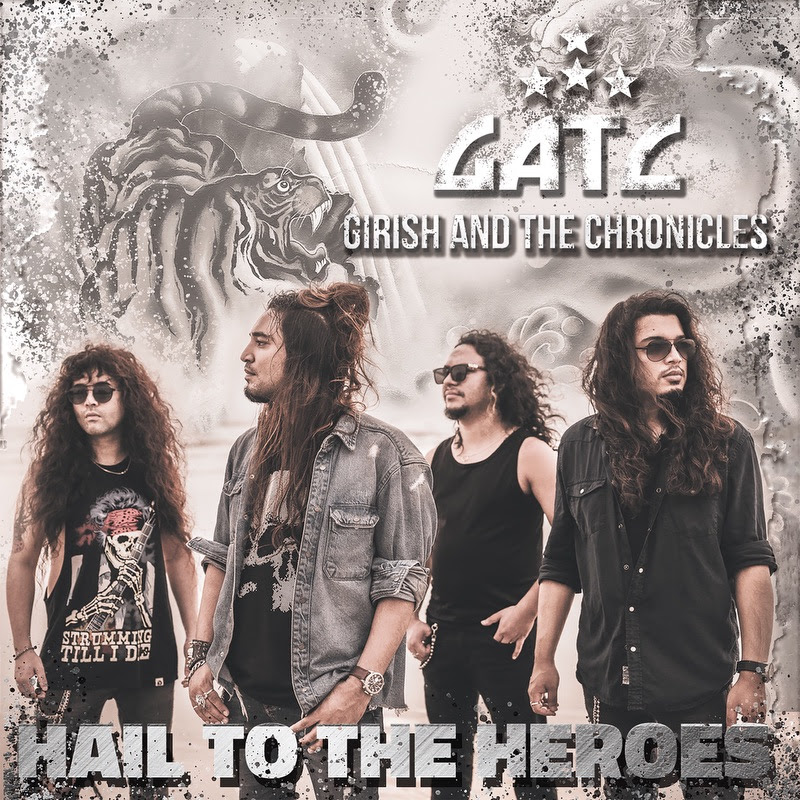 GIRISH AND THE CHRONICLES Hail To The Heroes
Based in the southern India state of Karnataka and credited by many for bringing classic hard rock culture back to their home country, this third album by GATC grabs the listener from its very first note and never lets go. They state that “we are a hard rock, melodic rock AND heavy metal band. We like making the kind of music that we grew up listening to, from the meanest in-your-face songs to beautiful ballads.” Renowned for their electrifying live shows, GATC have toured across India and beyond, becoming a staple of many music festivals. Founding member Girish Pradhan is also part of the international metal group Firstborne and has previously toured in the UK and mainland Europe with other side projects.
Video : Hail To The Heroes youtu.be/fPEPWampuLk
Video : Primeval Desire youtu.be/H__TMK6hYkw 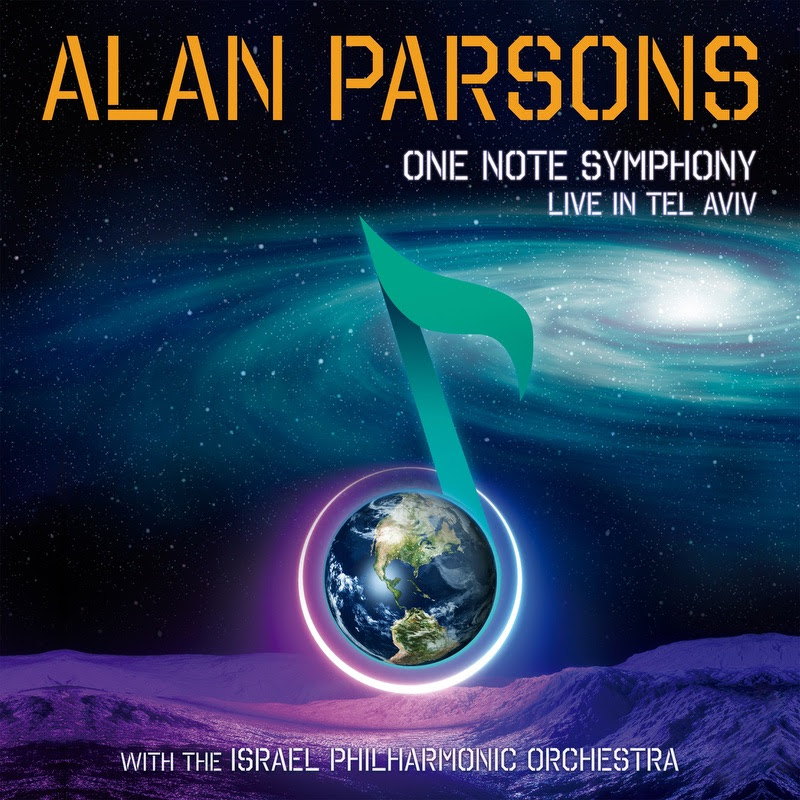 ALAN PARSONS One Note Symphony: Live In Tel Aviv
Another stunning live release from Alan Parsons and his skilled band, this album includes a full performance with the Israel Philharmonic Orchestra and is available on 2CD+DVD, Blu-ray, 3xLP and digital formats. Says Parsons: “whenever I have an opportunity to play with an orchestra, I always try to incorporate songs into the setlist that we wouldn’t otherwise be able to perform live, such as the epic ‘Silence and I’ from the ‘Eye In the Sky’ album. We also took advantage of this opportunity to play ‘The Sorcerer’s Apprentice’ from our latest studio album, which is a new version of the well known classical piece that appeared in the movie Fantasia.”
Live video : Don’t Answer Me youtu.be/a9bWiiyMpdI
Live video : Standing On Higher Ground youtu.be/cvwSgwJtIbQ 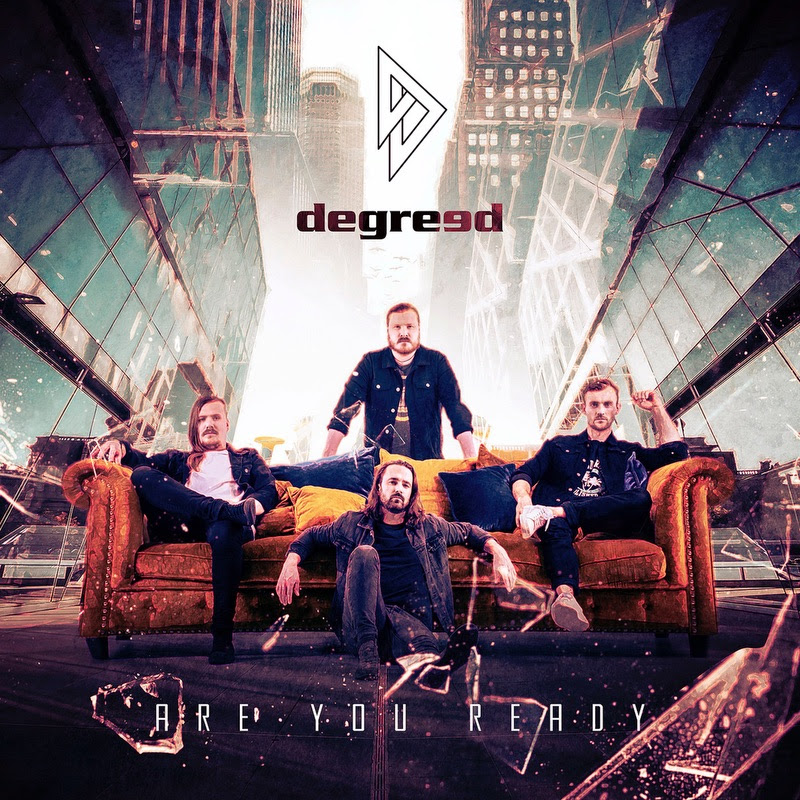 DEGREED Are You Ready
The sixth album by the Swedish rockers but first for Frontiers, vocalist Robin Eriksson states that “it is a straightforward hard rock album with great melodies that I’m sure our existing fans will like, but I hope we will gain a lot of new ones as well. I am so proud of this band and I am very humbled that we are still around.” The record certainly shows off a focused sound, with extremely melodic, catchy songs that mix classic, melodic and hard rock indicating that they are back stronger than ever. The group released a song entitled ‘The World We Knew’ at the end of 2020 that represented their summation of that pandemic year. It earned a Track of the Week accolade from Classic Rock/Louder, an achievement recently matched by ‘Into The Fire’, the introductory single from this new album.
Video : Into The Fire youtu.be/zgTYkYjmHqU
Lyric video : Falling Down youtu.be/gH8HUaJrcWE 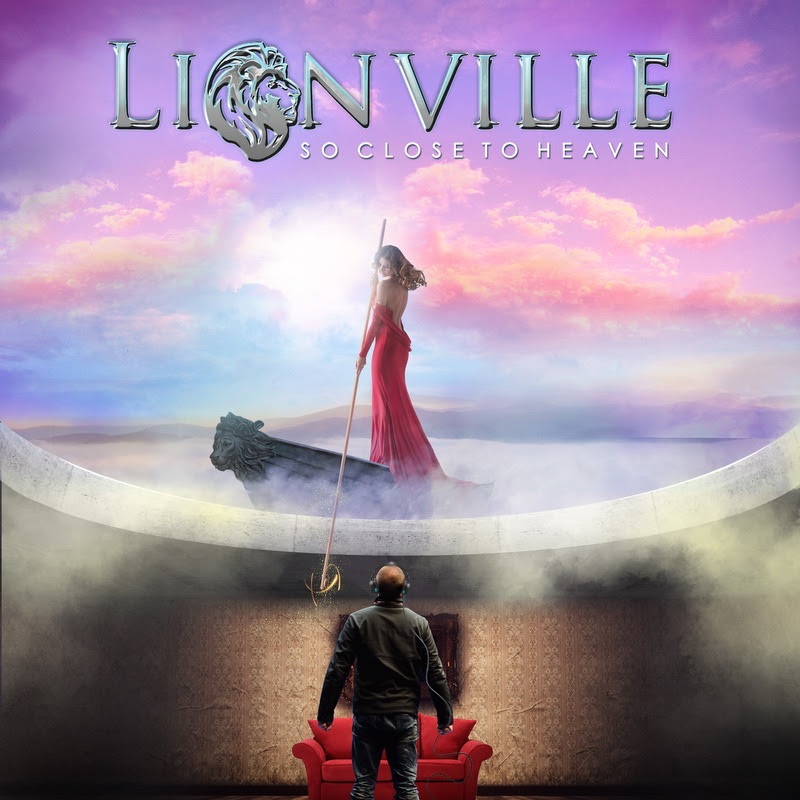 LIONVILLE So Close To Heaven
Lionville are held in high regard by AOR fans worldwide and this fifth record by the Italian rockers will cement their standing, showcasing a winning combination of strong songwriting, stellar musicianship and superb singing. Lionville was founded in 2010 by singer, songwriter and guitarist Stefano Lionetti (initially with his brother Alessandro), with Lars Säfsund (Work Of Art, Enbound) soon enlisted as lead vocalist. Following two indie efforts, the group signed to Frontiers and a further brace of highly praised albums, ‘A World Of Fools’ (2017) and ‘Magic Is Alive’ (2020), have resulted in them becoming one of the best loved acts on the label roster.
Video : Cross My Heart youtu.be/nU7AqNM5GU4
Lyric video : True Believer youtu.be/sT6PkJjq51A 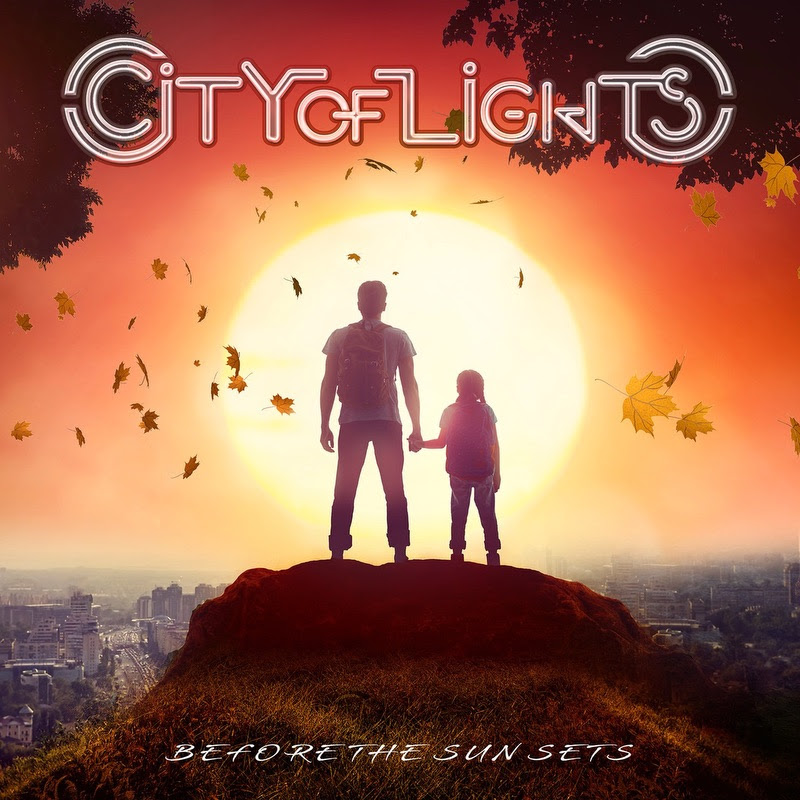 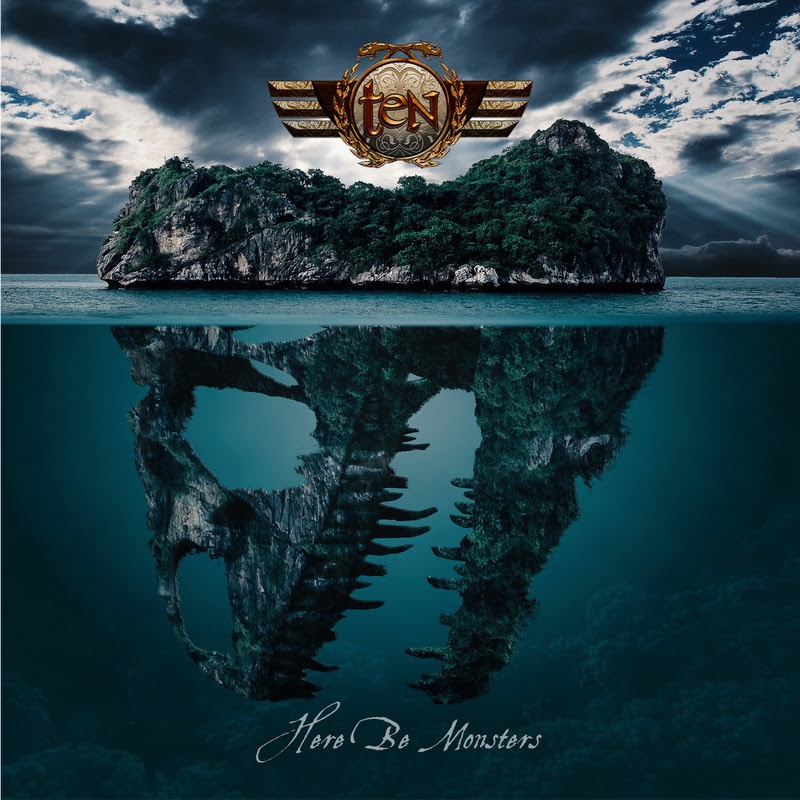 TEN Here Be Monsters
The 15th album by the British hard rock stalwarts led by Gary Hughes again sees him accompanied by guitarists Dann Rosingana, Steve Grocott and John Halliwell, bassist Steve McKenna and keyboard maestro Darrel Treece-Birch, with drummer Markus Kullman (Sinner, Glenn Hughes, Voodoo Circle) joining for this new record. It features stunning guitar work, rich keyboards and rhythm section interplay sitting alongside the rich voice of Hughes, who is also on production duties. Mixing and mastering is by Dennis Ward, who has a longstanding association with the band dating back to 2011’s ‘Stormwarning’.
Lyric video : Hurricane youtu.be/0X7xOqLKUbc 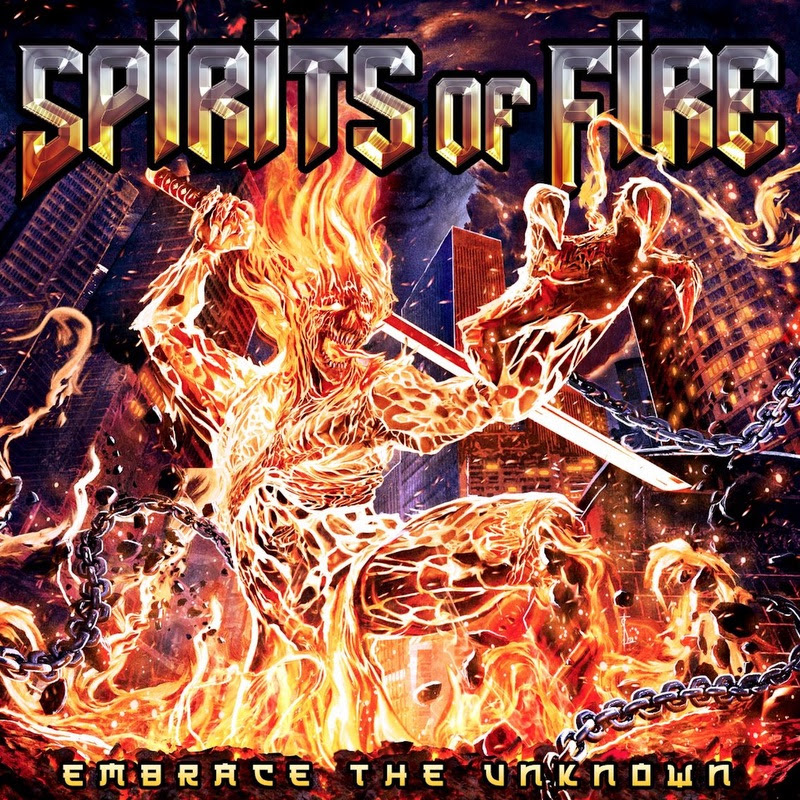 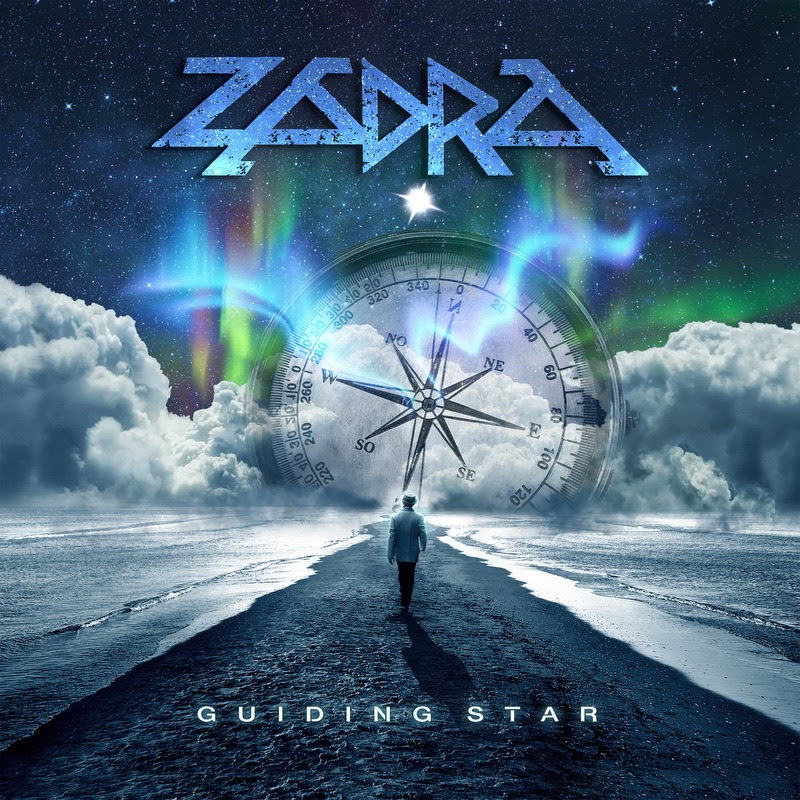 ZADRA Guiding Star
Los Angeles based singer and guitarist August Zadra is a member of the Frontiers-signed Waiting For Monday and has also worked with Dennis DeYoung for over a decade both live and in the studio. ‘Guiding Star’ is the album debut of a brand new band centred around Zadra and is a compelling collection of hard hitting rock songs and ballads that feature his powerful yet emotional vocals and fiery guitar skills. It is produced by Frontiers go-to man Alessandro Del Vecchio, who also handles bass, keyboards and backing vocals, with Jelly Cardarelli on drums. Additional participants include Jeff Scott Soto, Dennis DeYoung and more.
Video : Nothing More To Say youtu.be/NkTYx4x2K9w
Lyric video : Rise From The Fire youtu.be/_Xc6tqIvhMk 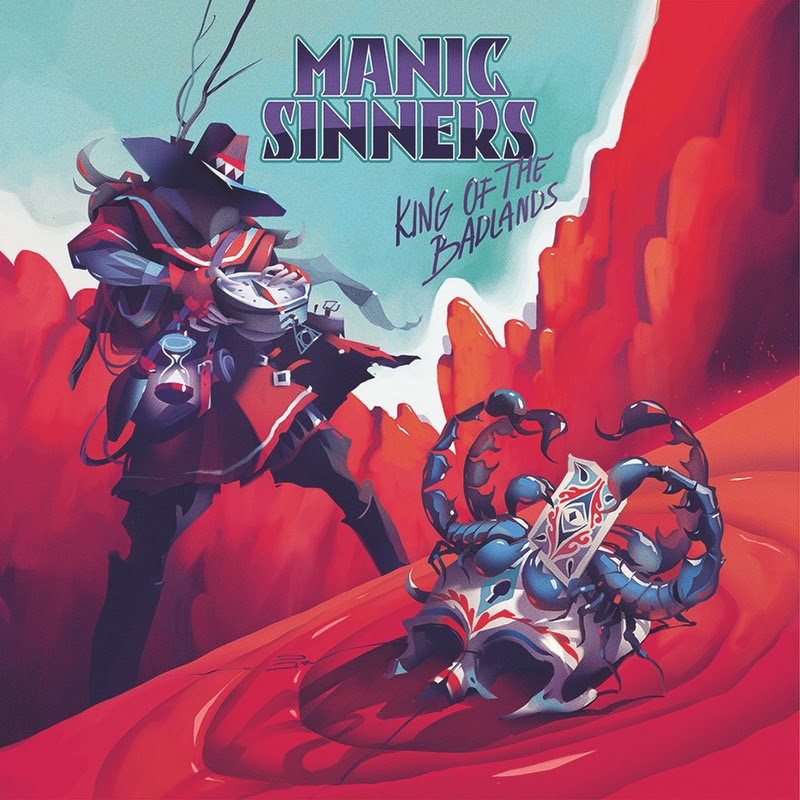 MANIC SINNERS King Of The Badlands
The first Romanian act to join the Frontiers roster, this debut album by the melodic hard rock trio showcases soaring vocals, crushing riffs, blistering solos, ear candy hooks and a powerful ballad. Self-produced and mixed by the magic touch of Alessandro Del Vecchio, the group have all the ingredients to become one of the leading groups in their genre and join labelmates such as One Desire, Perfect Plan, Chez Kane and Creye in being embraced by fans. Vocal powerhouse Ovidiu Anton is already a renowned solo artist in his home territory, while keyboardist/drummer Adrian ‘Baciu’ Igrisan is also the singer and guitarist in Cargo, the most loved rock band in the country and has shared stages with legends such as Iron Maiden, Uriah Heep and Gillan. He has even been knighted by the Romanian President! Guitarist/bassist Toni Dijmarescu also has numerous credits to his name.
Video : Drifters Union youtu.be/FPLTf_3-FP0
Lyric video : Carousel youtu.be/Ro-ZBGsRQZY 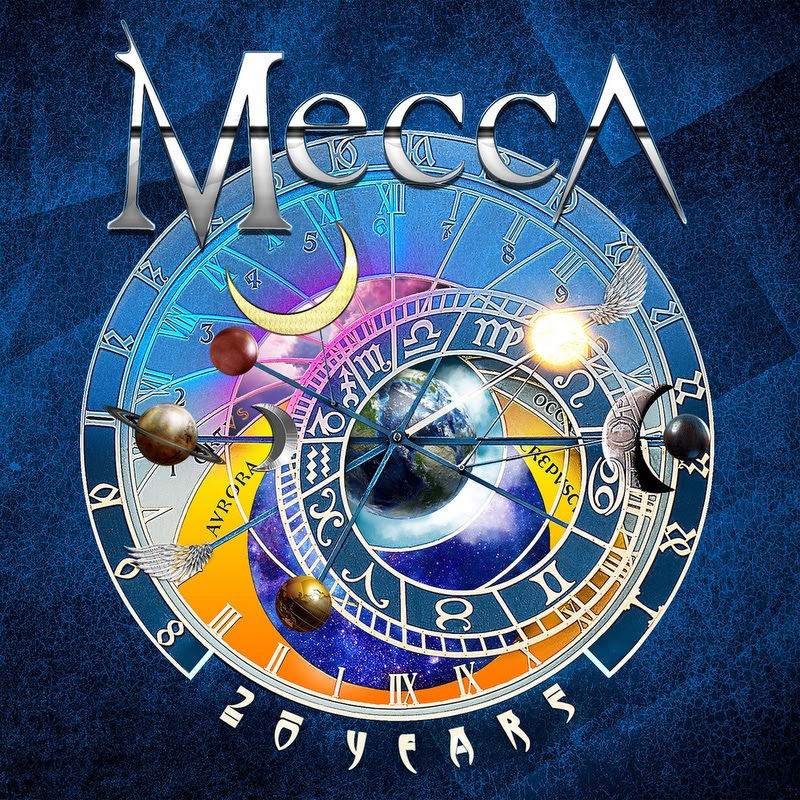 MECCA 20 Years
’20 Years’ is a 3xCD collection containing the three studio albums released by the classic melodic rock/AOR outfit started by Chicago based vocalist Joe Vana: ‘Mecca’ (2002), ‘Undeniable’ (2011) and ‘III’ (2016). The one-time demo singer for the legendary Jim Peterik eventually founded a band with him called Project Voyager, which ultimately morphed into Mecca and these three star-studded records that at times melded the hi-tech approach of Mr. Mister’s ‘Welcome to the Real World’ with the commercial nous of Toto’s ‘The Seventh One’. For all those who are yet to visit Mecca, this collection is for you!
Audio : Can’t Stop Love youtu.be/LcbPBtDx_WU
(from 2002 album ‘Mecca’)

NEW HORIZON Gate Of The Gods
FIND ME Lightning In A Bottle
RADIOACTIVE X.X.X.
RUST N’ RAGE One For The Road
EDGE OF FOREVER The Days Of Future Past – The Remasters (REISSUE)
HOUSE OF SHAKIRA Lint XXV (REISSUE)