FIND ME Lightning In A Bottle
Video : Remember (It’s Me) youtu.be/xTu4Pv3L364
Video : Survive youtu.be/esv5x0NFLRg
Lyric video : Back To You youtu.be/2xh8IoPbsSs

RUST N’ RAGE One For The Road
Video : Prisoner youtu.be/S1SDv-5PgUg
Lyric video : The Future Is For The Strong youtu.be/Ix4R6hqhbqw

EDGE OF FOREVER The Days Of Future Past – The Remasters (REISSUE)
Lyric video : Feeding The Fire youtu.be/zSCPZ1TuYO4 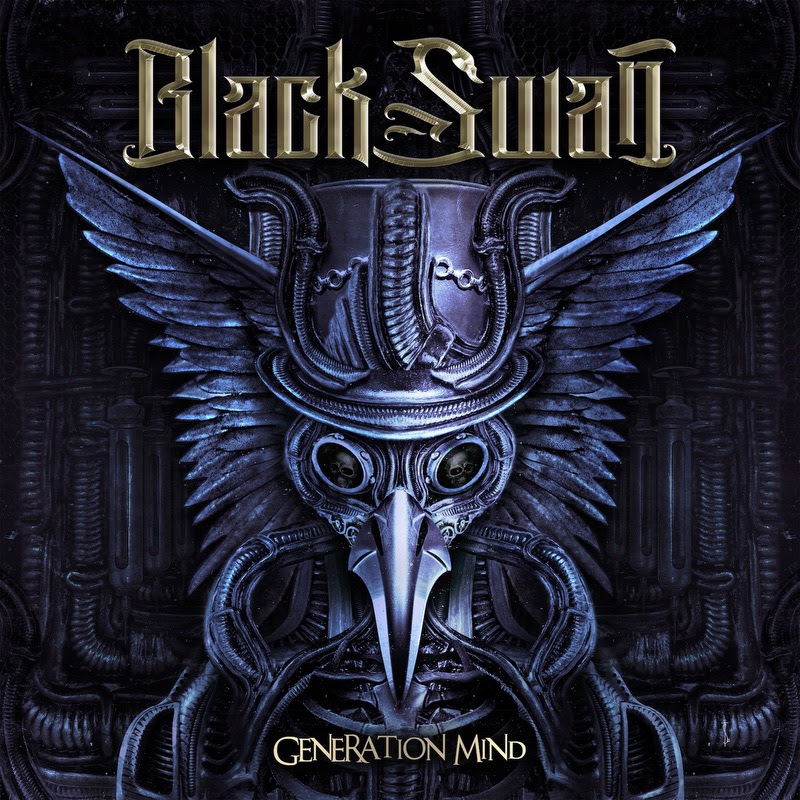 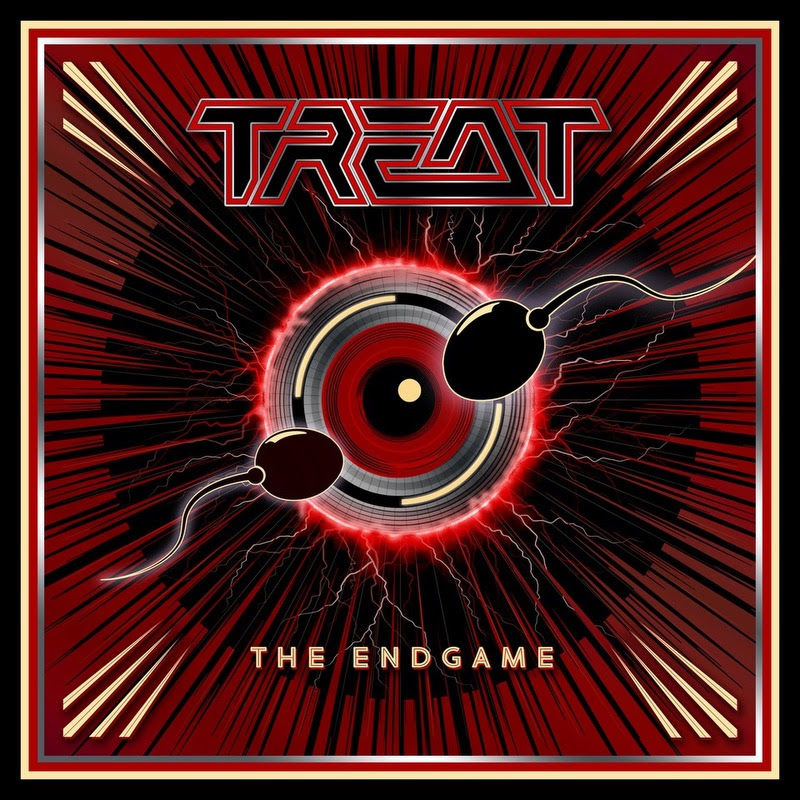 TREAT The Endgame
Long established as leaders in the Swedish melodic hard rock scene, Treat provide another fresh and exciting journey with their glorious ninth album. ‘The Endgame’ contains uptempo rockers, ballads, ’80s sounding gems and some surprises that make it their definitive statement. “We always want to make albums that are better than the last one,” states guitarist Anders ‘Gary’ Wikström. “This one represents many things about Treat in this day and age, including the sincerity and history of the band, but also the fight to survive like brothers in arms through all these years of highs and lows, tears and laughter. For a band that has been going for nearly four decades, inspiration and the drive to create fresh material still propels us.”
Video : Home Of The Brave youtu.be/cj1c5Lcyiw0 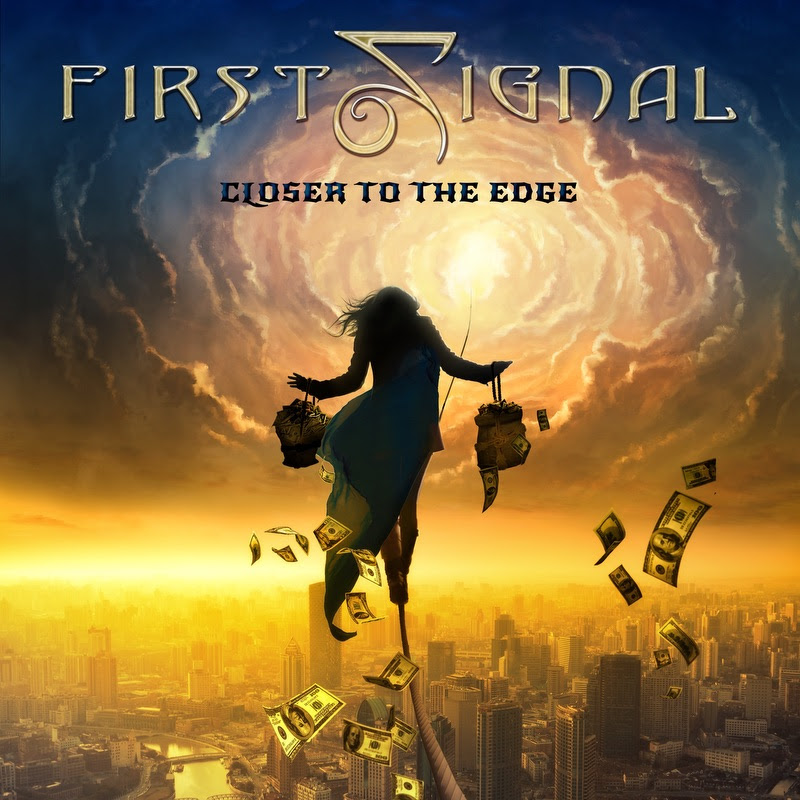 FIRST SIGNAL Closer To The Edge
Another outstanding album from Canadian vocalist Harry Hess (Harem Scarem) and Swedish drummer/producer Daniel Flores (The Murder Of My Sweet, Find Me), the likes of Pete Alpenborg (Arctic Rain), Guillermo Del Medio (Inner Stream), Alessandro Del Vecchio, Kristian Fyhr (Seventh Crystal) and Herman Nori have also contributed their songwriting skills to this new record. With three previous efforts from this duo project that have covered all bases from AOR to Arena Hard Rock, ‘Closer To The Edge’ maintains that tradition in confident fashion.
Video : Don’t Let It End youtu.be/h5IKzAzhsjg 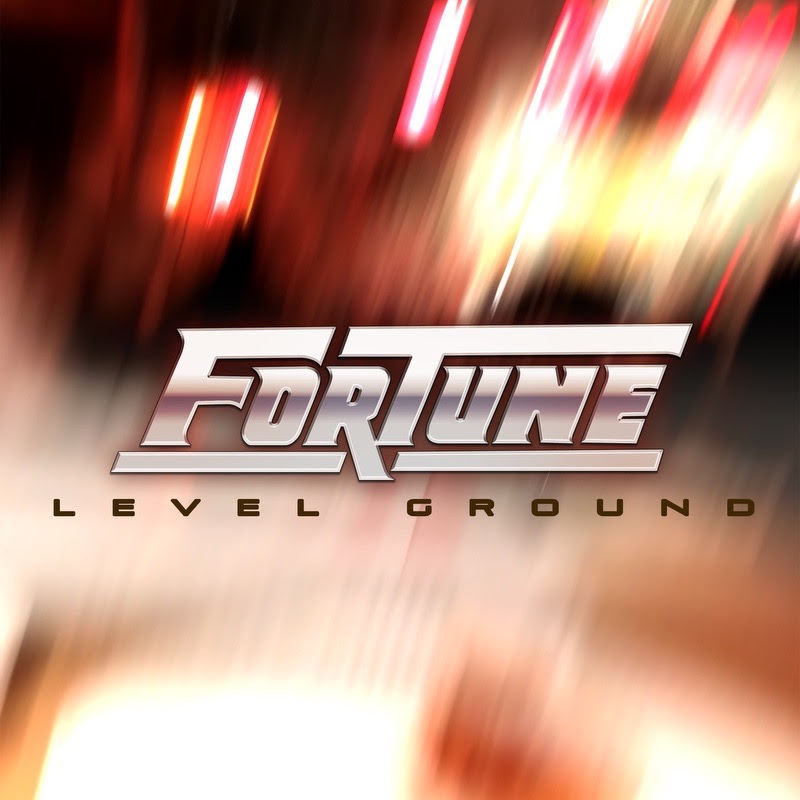 FORTUNE Level Ground
Following the warm critical and public reaction to their 2019 comeback album, ‘II’, released 34 years after their debut, the creativity of these AOR cult heroes has been ramped up still further for this brand new melodic rock gem. Founded by brothers Richard (guitar) and Mick (drums) Fortune, their self-titled debut is regarded as the best album ever in its genre by many fans, while this third entry in their discography maintains their tradition of delivering high quality melodic rock.
Video : Level Ground youtu.be/IdocgJOfgDc 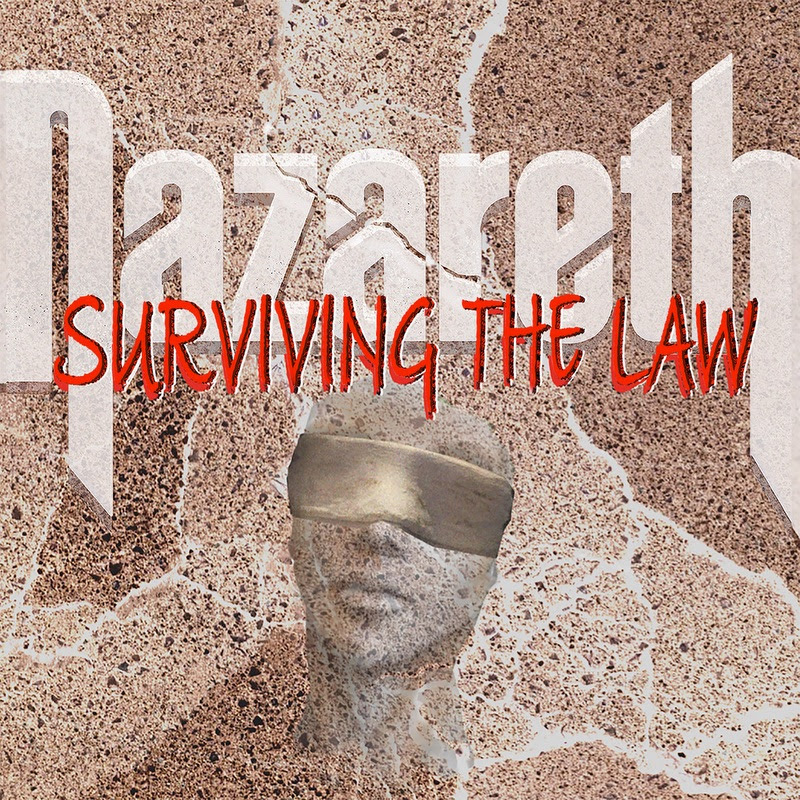 NAZARETH Surviving The Law
Their 25th album continues the new chapter for the Scottish hard rockers that began with 2018’s ’Tattooed On My Brain’ and the arrival of vocalist Carl Sentance. The remainder of the group line-up also remains intact: Jimmy Murrison (longest serving guitarist in their history), Lee Agnew (drummer since Darrel Sweet’s death in 1999) and Pete Agnew (bassist and founding member). While that album had showcased a rejuvenated band a full 50 years into its career, ‘Surviving The Law’ proves that the fire of rock ’n’ roll still burns as bright as ever in Dunfermline!
Video : Strange Days youtu.be/ayhBz4bM77Y 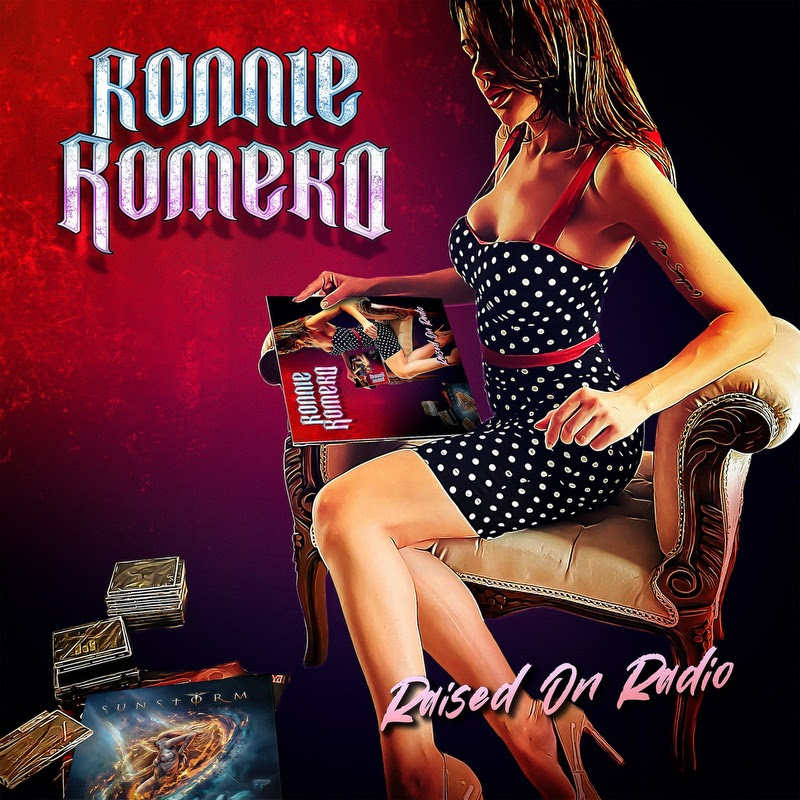 RONNIE ROMERO Raised On Radio
‘Raised On Radio’ features covers of classic songs that have helped forge the vocal style of this acclaimed Chilean hard rock singer. Songs by legends such as Survivor, Bad Company, Foreigner, Queen and Led Zeppelin are given his unique treatment, while joining him is a stellar cast of musicians that include guitarist Srdjan Brankovic (The Big Deal, Alogia), bassist Javi Garcia, drummer Andy C (ex-Lords of Black) and Alessandro Del Vecchio on keyboards and production. Romero has been heard with Lords of Black, The Ferrymen, Sunstorm, Rainbow and MSG, with this record presented as a special treat as he continues work on his debut solo album proper.
Video : No Smoke Without A Fire youtu.be/4s51k-Bj-7Q 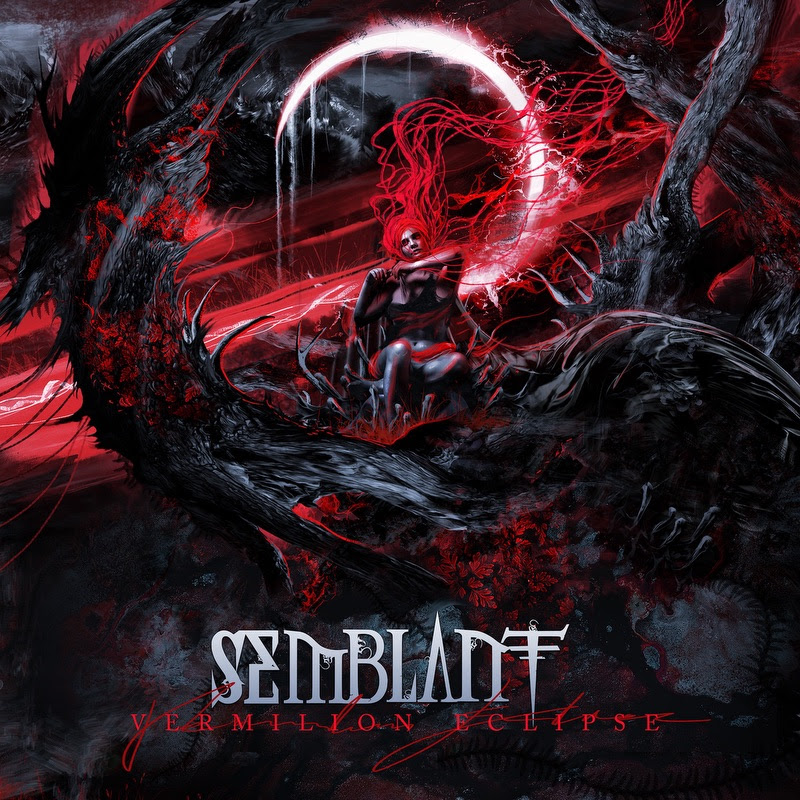 SEMBLANT Vermilion Eclipse
This fourth album sees the Brazilian metallers continue their evolution into a powerful musical force. With wide-ranging influences that straddle the entire rock and metal spectrum, their 2020 album ‘Obscura’ demonstrated that they were more than ready for the world stage, but those shut down just as they were about to hit the UK to promote it. Instead, they began work on what would become ‘Vermilion Eclipse’. With pent-up energy and the emotional toll of the pandemic (multiple band members lost family to the virus) providing added impetus, these new songs display a further quantum leap in their progress.
Video : Purified youtu.be/IJslTie3Nc8 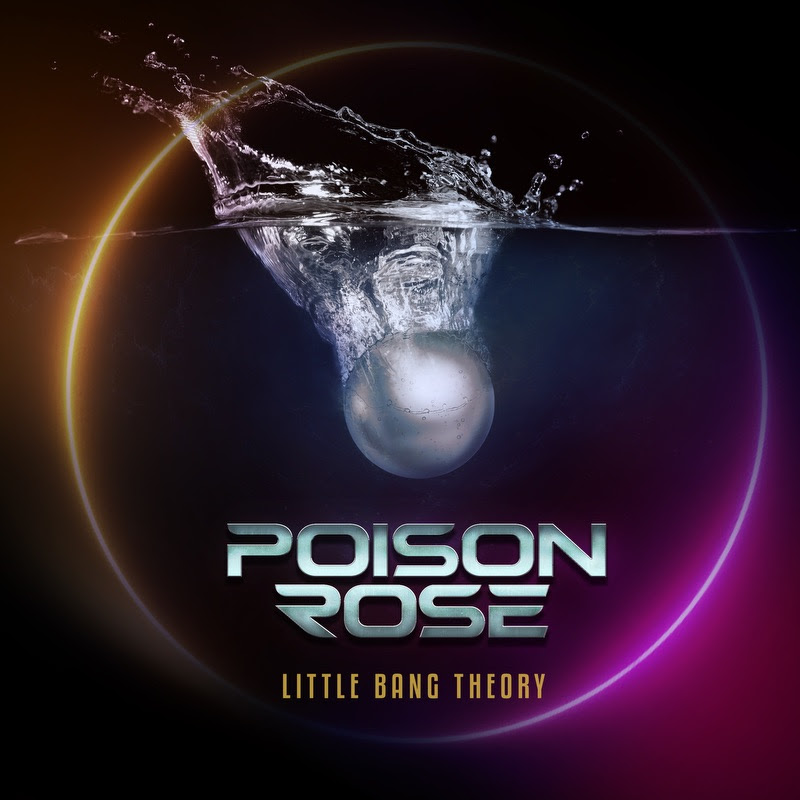