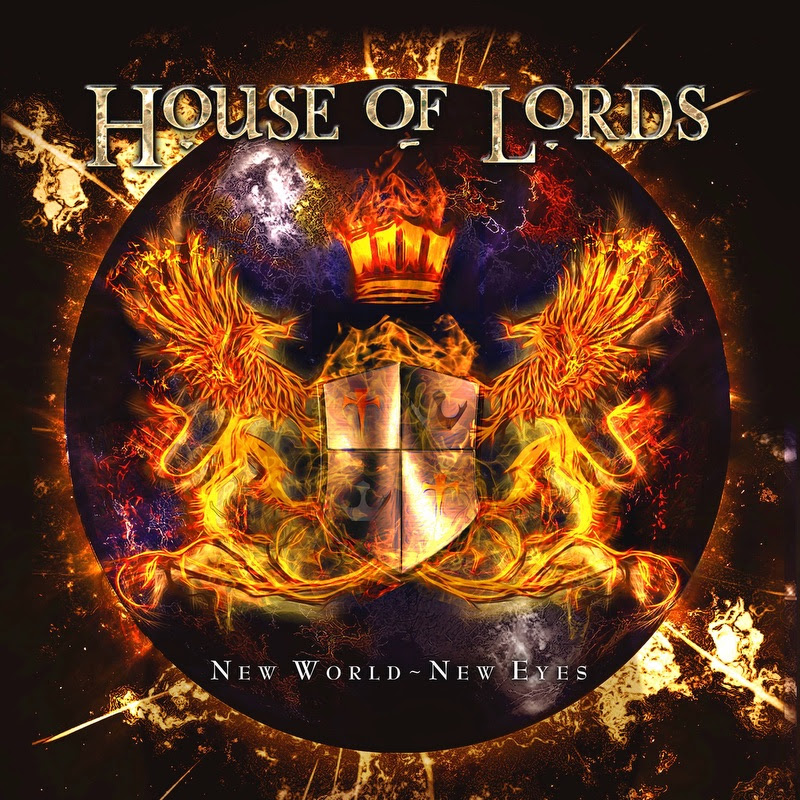 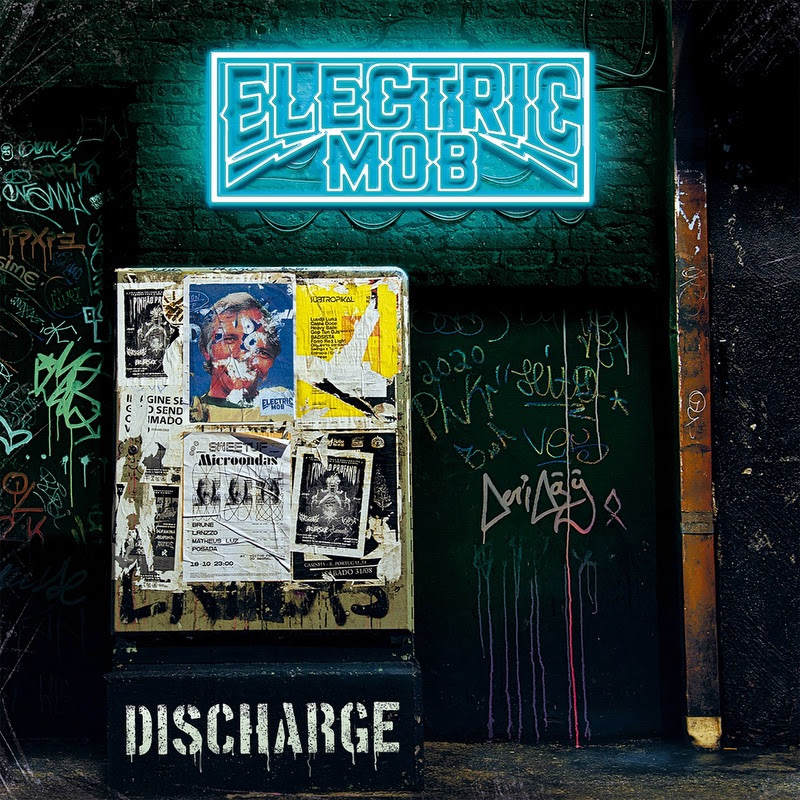 ELECTRIC MOB Discharge
A new hard rock sensation who offer a mixture of powerful vocals, mean guitar riffs and a heavy groove, Electric Mob are from the southern Brazilian city Curitiba. The band attracted the attention of Frontiers with their brilliant songs that are like a punch in the face and show the influence of hard rock giants both past and present, a little like Aerosmith and Guns N’ Roses mixed with Audioslave and an additional bluesy touch. Singer Renan Zonta is also no stranger to rock fans in their home territory, his stunning vocal ability having made him one of the most popular participants on the TV show The Voice Brazil with millions of views on YouTube views.
Video : Devil You Know bit.ly/38wJa3e
Video : Upside Down bit.ly/2ZyFA7T
Audio : King’s Ale bit.ly/2Xp12cw 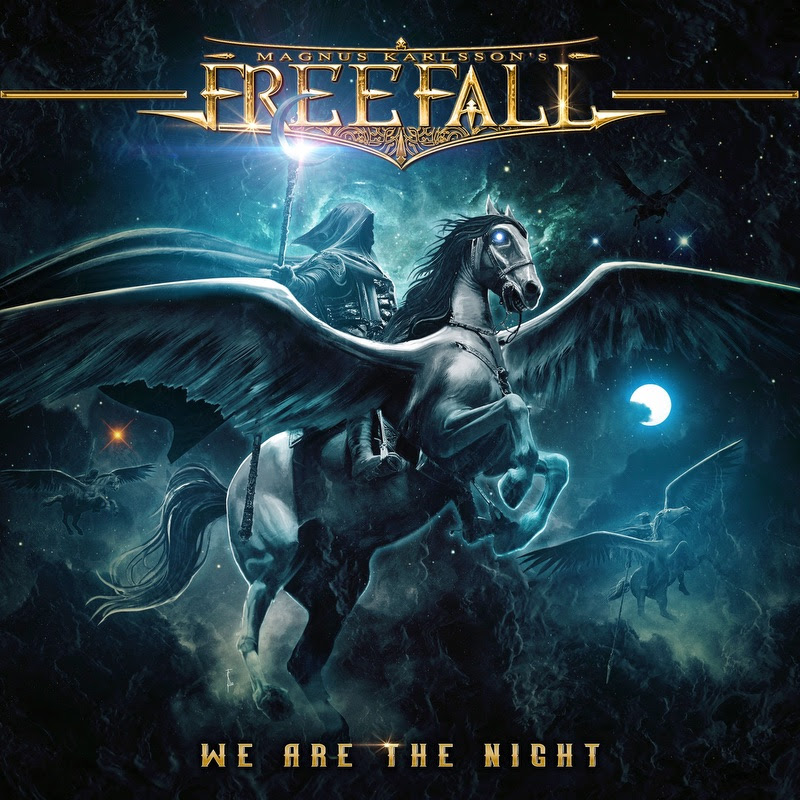 MAGNUS KARLSSON’S FREE FALL We Are The Night
The third album from the solo project of guitarist, songwriter and producer Magnus Karlsson that he began in 2013, ‘We Are The Night’ again features a dream team of some of the strongest singers in metal and hard rock, including Dino Jelusick (Animal Drive, Dirty Shirley, Trans-Siberian Orchestra) Noora Louhimo (Battle Beast), Ronnie Romero (Rainbow, Lords Of Black), Tony Martin (Mollo/Martin, ex-Black Sabbath), Renan Zonta (Electric Mob) and Mike Andersson (Cloudscape). Karlsson plays all instruments except drums (Anders Kollerfors) and Jacob Hansen (Volbeat, Primal Fear, Amaranthe, Pretty Maids) is on mixing duties. Karlsson is well known as the mastermind behind several Frontiers albums, including the Allen/Lande trilogy and a recent Allen/Olzon spin-off, plus albums by Starbreaker (with Tony Harnell), Bob Catley and Kiske/Somerville. He has been a member of Primal Fear since 2008 and has recorded several successful albums with that group.
Video : Dreams And Scars bit.ly/2LO0gAn
Video : Queen Of Fire bit.ly/2LMhZsa
Video : Hold Your Fire bit.ly/2Zu8ndM 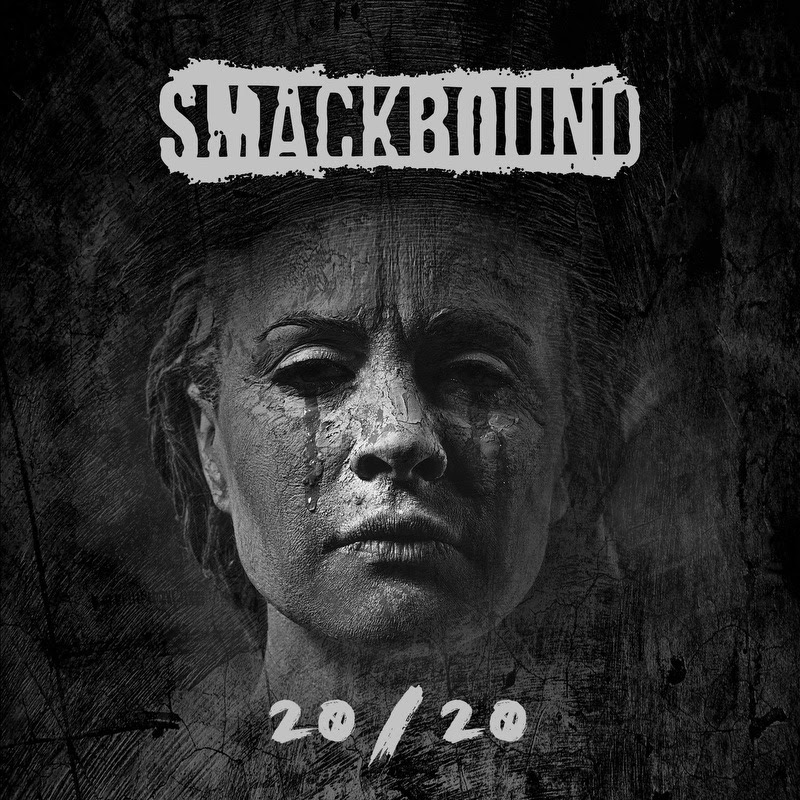 SMACKBOUND 20/20
A new metal act from Finland with powerful, driving songs, impeccable musicianship and stunning vocals, Smackbound was founded in 2015 by singer Netta Laurenne, whose voice can also be heard via previous guest spots with Amorphis, Lordi, Black Sun and Elvenking. Classically trained, she has studied various vocal styles and is also an actress. Guitarist Teemu Mäntysaari was the first to join her in the group, followed by Rolf Pilve (drums), Vili Itäpelto (keyboards) and Tuomas Yli-Jaskari (bass). Collectively, they have experience in respected metal outfits that include Wintersun, Stratovarius, The Dark Element and Tracedawn. ’20/20’ was recorded at Sonic Pump Studios in Helsinki, produced by Tuomas Yli-Jaskari and mixed and mastered by Jesse Vainio (Sunrise Avenue, Apocalyptica, Poets Of The Fall).
Video : Drive It Like You Stole It bit.ly/3gchBRJ
Video : The Game bit.ly/2WSD9ei 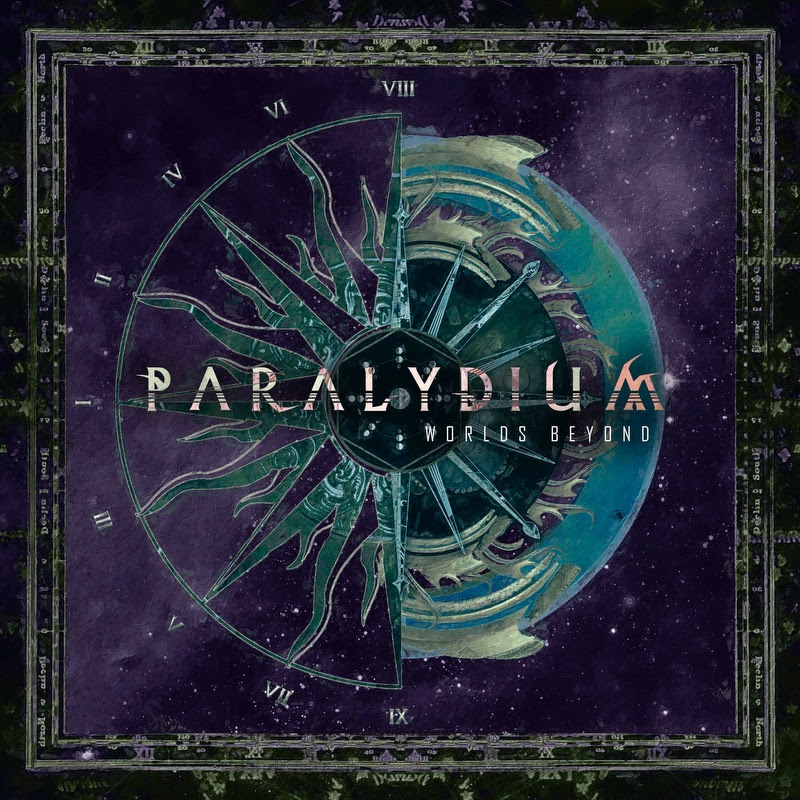 PARALYDIUM Worlds Beyond
Initially known as The Paralydium Project, Paralydium is a progressive metal  outfit founded by guitarist John Berg who wanted to create a mindbending sound comprised of an innovative mixture of hard hitting heavy riffs, textured landscapes and powerful grooves. With influences ranging from Symphony X and Pagan’s Mind to Seventh Wonder and Dream Theater, this debut album shows that they have swiftly developed their own sound and recorded a set of expertly crafted melodic, rhythmic and powerful songs. The band’s first release, ‘The Paralydium Project’ EP (2015), was highly regarded in the prog metal community. A long awaited follow-up, ‘Worlds Beyond’ will be one of the progressive metal albums of 2020.
Video : Finding The Paragon bit.ly/3e7q3zM
Lyric video : Crystal Of Infinity bit.ly/2XjXats
Audio : Within The Sphere bit.ly/3gdoS3O 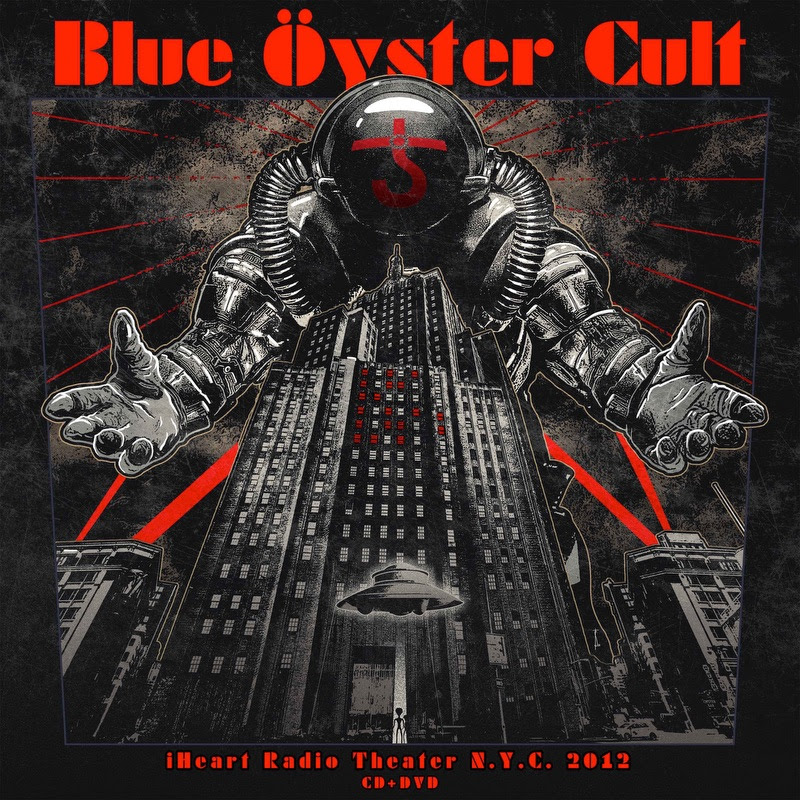 BLUE ÖYSTER CULT iHeart Radio Theater NYC 2012 /
Curse Of The Hidden Mirror (reissue)
The legendary rock band Blue Öyster Cult have announced another special archival live album and long-form video as well as a reissue of their 14th studio album, for the world excluding the Americas. Their performance at iHeartRadio Theater in New York took place on December 17th 2012 in an intimate setting for an audience of just 200 fans. This special show was arranged in celebration of the band’s 40th Anniversary and the release of ‘The Columbia Albums Collection’ box set. Filmed for a webcast, the show is now being released on CD+DVD, Blu-ray, LP and digital formats. ‘Curse Of The Hidden Mirror’ was originally released in 2001 by Sanctuary Records and has been out of print for some time, while this reissue will also mark its officially vinyl debut. On their first album of the new millennium, BÖC proved that they were still smart enough to play to their strengths, wearing their standing as 70’s classic rock legends as a badge of honour. The title was taken from a song on an unreleased 1970 album by the Stalk-Forrest Group, the band that would eventually become Blue Öyster Cult. Cyberpunk science fiction writer John Shirley wrote the lyrics for several of its songs.
Live video : Burnin’ For You bit.ly/2WUPQp4