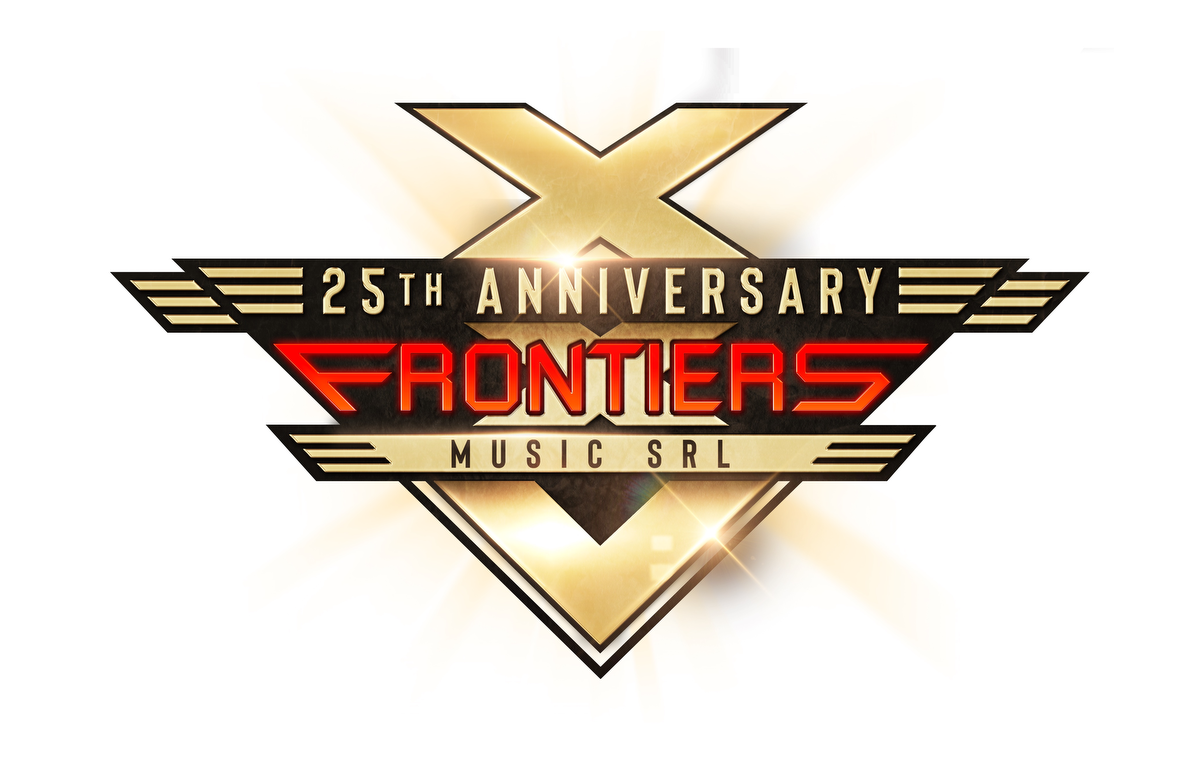 This weekend saw Frontiers Music Srl celebrate the 25th anniversary of when label President & Head of A&R Serafino Perugino officially registered the company. Reflecting on this milestone, Perugino has released a statement about the label’s humble beginnings and its bright future.

“We would like to thank all label artists past and present, all the music fans, journalists, radio stations, podcasts, publicists, radio pluggers, distribution partners, video directors/creators and everyone else along the way who have helped us achieve our goals. This first 25 year has been an incredible journey and we look forward to the coming decades with great enthusiasm and determination to keep the rock ‘n roll flame burning.

It has been an incredible learning curve and an amazing ride. While I had been dreaming – and still do – for my entire life to be able to work with my musical heroes, having actually been able to release new music from so many of them is something I really could not even have dared to imagine. When I look back, I can proudly say that we have created some real rock history with so many great records released and combining the talents of the artists with our creativity. So many have managed to release new music and once again feel the passion and love from their fans.

In addition to the classic hard rock bands of the ’70s and ’80s, we have also been active in scouting new talent. In 2020, we launched the “Frontiers & Beyond” (frontiersandbeyond.com) scouting website which has so far brought four amazing new signings to the label. The first one that will be released (12th March), is by Lebanese prog metal masters Turbulence, to be followed by False Memories, Kandia and Devoid. In the coming weeks, we will spread word of the website further and encourage a fresh round of submissions. We are determined to find and work with musicians who will make your head bang from now until eternity!

Meanwhile, we are hard at work developing the exciting acts that have been signed in recent years and are working with some of the individual artists from these bands on additional projects in order to increase their exposure, while in turn increasing the visibility of their respective original bands. Here are a few that I am thrilled about:

I also want to mention Eclipse, One Desire, Inglorious (whose new album ‘We Will Ride’ landed on the charts in the UK, U.S., and Germany), Work of Art (of course!), The Dark Element (Anette Olzon and Jani Liimatainen), Electric Mob, Bloody Heels, Wayward Sons, Edge of Paradise, Eternal Idol, Phantom Elite, Sinner’s Blood, Lords of Black, Smackbound, DGM, Edge of Forever, Secret Sphere, Crazy Lixx, Perfect Plan, The Treatment, Creye, Vega, Landfall, Lionville, Leverage, Semblant, Stardust, James Durbin, Animal Drive and so many more. Ones for the near future include Icon of Sin, Temple Balls, Seventh Crystal, The Big Deal and Manic Sinners. Also, one band that many, many fans have asked us to sign that will be announced in the coming day or so, but I can say they are from… India!!

Thanks to the tireless efforts of Alessandro Del Vecchio in particular, we have also managed to create an amazing team of superb writers who can pen songs in different styles. Our publishing arm now represent over 250 writers and we are proud to give them the chance to present their amazing output. I also want to thank all the great producers we have worked with, from the ubiquitous Alessandro Del Vecchio to Aldo Lonobile, Simone Mularoni, Magnus Karlsson’s Free Fall, Erik Martensson, Jona Tee, Dennis Ward, Dan Rossall, Fabrizio Grossi & Soul Garage Experience, Mat Sinner, Daniel Flores, Michael Palace and more new guys who will be coming to your attention soon!

A special thanks goes to Gary Hughes and TEN, who were the first release from the label and are currently hard at work on two new records to be released sometime in 2022. They have the FR CD 001 catalogue number and after all these years we still work together! What a ride!

To conclude, hugs and thanks to the one and only Kip Winger, Johnny Gioeli, Jim Peterik, Jack Blades, Neal Schon, Tracii Guns, Michael Sweet, George Lynch and of course Jeff Scott Soto for bearing with us for two decades! And so, after 25 years of serious, hard and passionate work, I can safely say we managed to create a recognisable and fan-friendly brand for all rock fans. We have been WITH every one of you until now and we look forward to another 25 and more years of great rock to be enjoyed together! Let’s ROCK together! You make all this possible!” 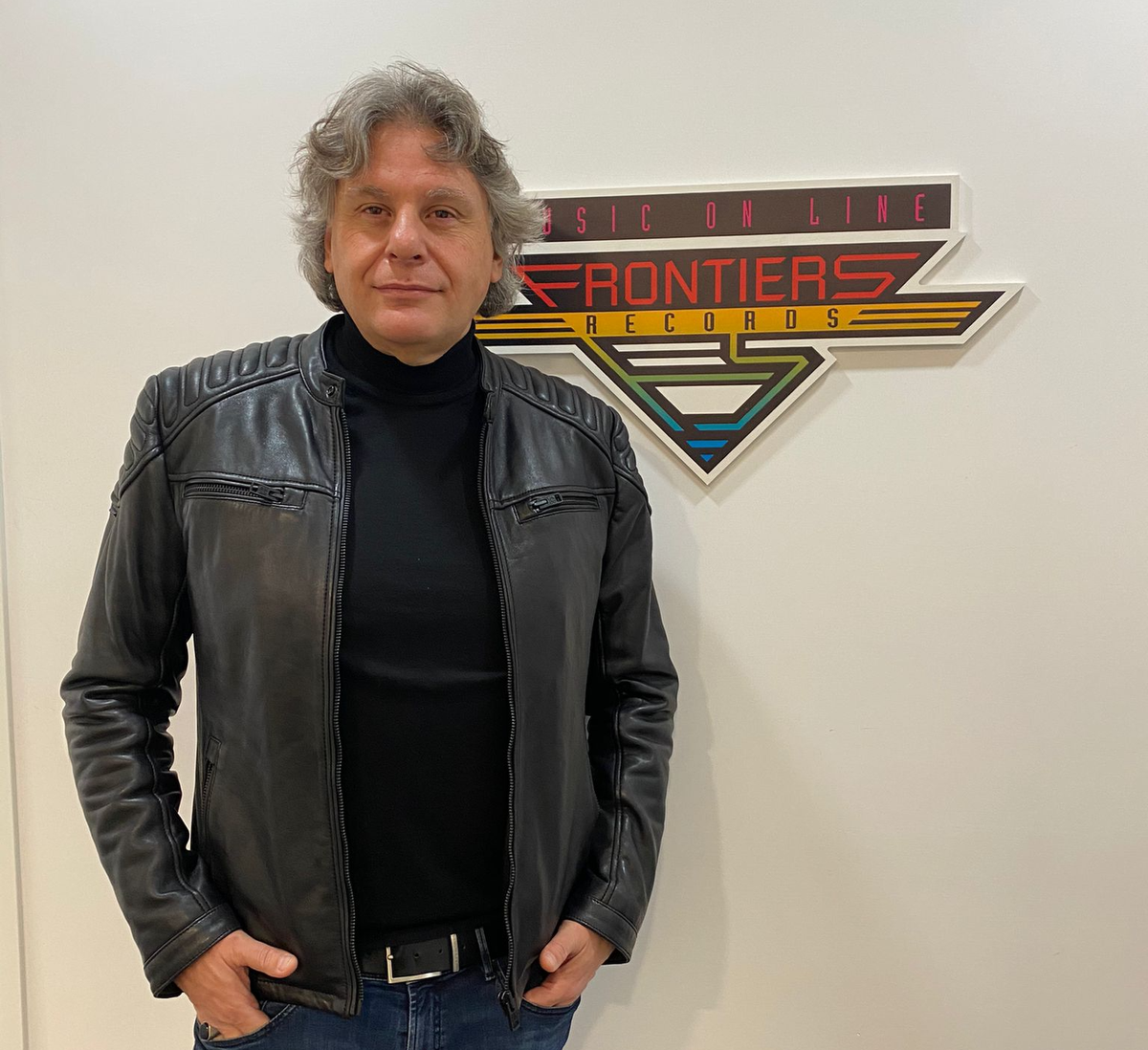 ABOUT FRONTIERS MUSIC SRL
Originally founded in Naples, Italy in 1996 by Serafino Perugino and his father Fernando as a distribution company, Frontiers has developed into one of the premiere independent rock labels in the world. Synonymous with quality music across a broad spectrum of rock and metal genres, the company works with multiple genre heavyweights and fan favourites. However, in addition to providing an outlet for classic and established acts, it has also become home to a wealth of young, up and coming talent whose musical prowess, when combined with the label’s savvy and forward-thinking A&R and marketing approach, will be developed into the future of rock and metal. With a deep commitment to and passion for THE MUSIC and the artists who create it, plus massive global distribution, sales, marketing and promotion channels, Frontiers is the leading home for both established and emerging rock and metal artists.