CANADIAN HEAVY ROCK…WITH A NWOBHM VIBE! Indeed, Freeways are a breath of fresh, northern air. Honoring the mystical undercurrents of so much classic Canadian rock of the past, the quartet’s sound is firmly built upon a foundation of ’70s giants – such as UFO, Thin Lizzy, and April Wine – along with the distinctive twists of the unsung heroes of the NWOBHM. It’s a sound that’s immediately familiar but also immediately engaging, so richly rendered are these soul-stirring odes to wanderlust, melancholia, and “Survival” itself.

Freeways formed in 2015 in the humble suburb of Brampton, Ontario. After going through a few singers, they released their first recording, the three-song Cold Front, later that year, first as a cassette edition on the cult Heavy Chains label and then later on 7″ vinyl format via Temple of Mystery Records. As aptly titled as the band’s moniker itself,  Cold Front moved to a moody muse, its rough ‘n’ tumble melodicism recalling Thin Lizzy at their downright best. At the beginning of 2019, Freeways contributed an exclusive track to Temple of Mystery‘s critically acclaimed Trapped Under Ice Vol. 1 compilation, and then hit all four dates of the Canadian mini-tour in April, across Ontario and Quebec. Later that autumn, the band undertook a short, albeit successful tour of Germany, culminating in a performance at the esteemed Storm Crusher Festival.

Now, at long last arrives Freeways‘ full-length debut. Likewise aptly titled, True Bearings roves wild, rough terrain, but with ease that only comes from many road-worn years. Each of these seven songs is anchored to a plaintive, poignant hook, tastefully embellished with subtly delicate touches that proves Freeways as masters of mood. The quartet’s interplay is untouchable here, given that their chosen idiom is the more-or-less hard(er) end of rock, exhibiting class and poise every step of the way, but perhaps no better evinced than on the near-seven-minute vamp of “Time is No Excuse.” The 37-minute True Bearings is a highway worth cruising time and time again.

Big things are happening for Freeways, and True Bearings is just the first stop. Watch for the band touring Europe in the spring! Full tour dates to come… In the meantime, hear the brand-new songs “Sorrow (Was Her Name)” and “Dead Air” – the latter originally on a tour-only 7″ – at Temple of Mystery‘s Bandcamp HERE. Preorder links for all versions are further below. Cover and tracklisting are as follows: 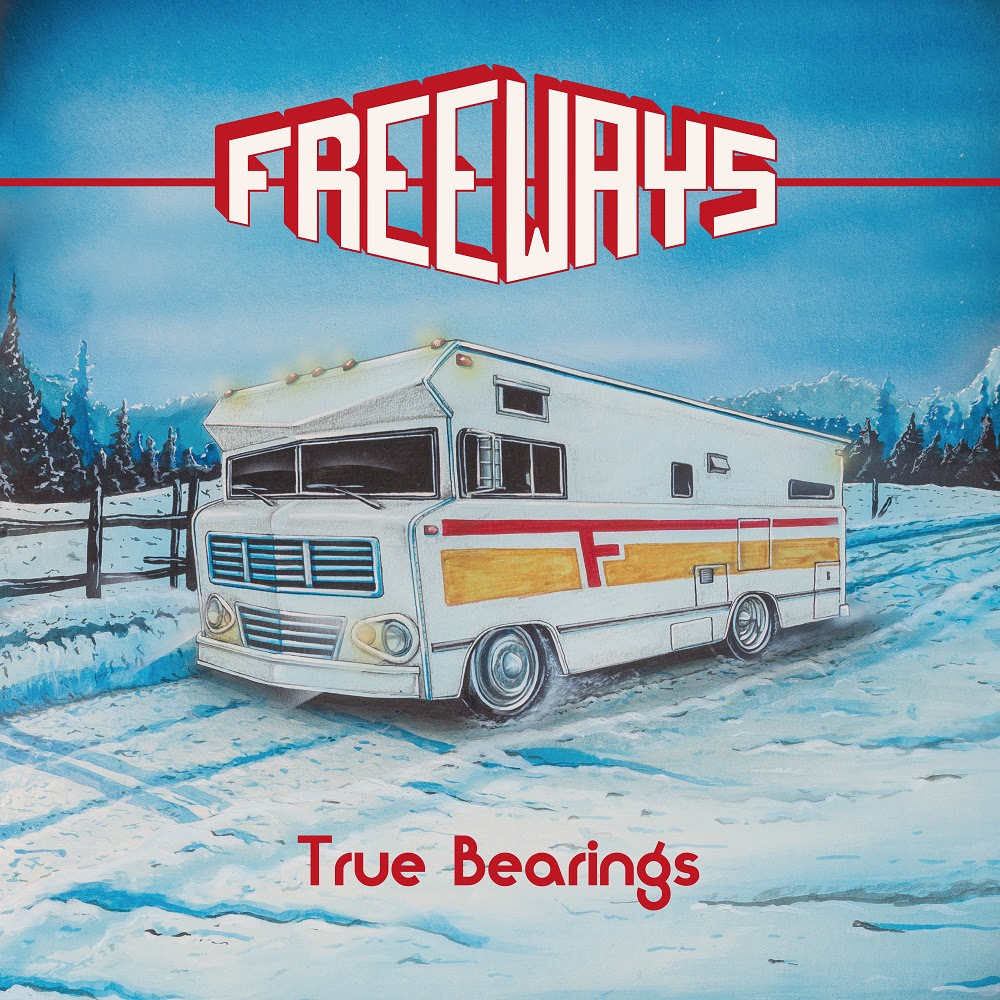