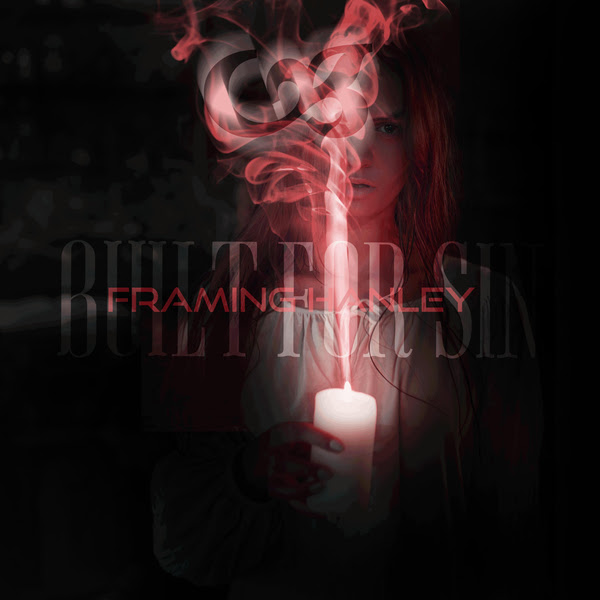 Stream BUILT FOR SIN REDUX:  HERE
Stream ENVY: HERE
Framing Hanley have released Built For Sin Redux as single today via Thermal Entertainment. The song is a reimagined version from Built For Sin which was on their 2007 debut album The Moment. The song will also appear on their 2022 release of Envy (Deluxe Edition) which will also include one more reimagined classic and a new tune.
Kenneth Nixon on the song “Built For Sin was the third song we wrote for our debut album The Moment.  I remember when we were tracking that song I felt “oh, wow, we’re really hitting our stride now as far as ‘finding our sound.” That song resonated with our fanbase and was always, from day one, a song that the crowd sang every word to — despite it never being a single.  When we discussed reimagining some of our older catalog, a piano version of Built For Sin was always something I had thought would be cool.  I sat with Shad and we came up with an arrangement in a matter of minutes and it all just happened organically.  I said from the beginning that if we were going to re-do any of our older songs, they had to be better than the original.  To me — this did just that..”
Built For Sin Redux audio visulaizer can be viewed here.
The first single from the album ENVY, PUZZLE PIECES has already surpassed 18 million streams making it their most streamed original song in their history.
Framing Hanley had released three albums prior to breaking up in 2015. The Moment (2007), A Promise To Burn (2010) and The Sum Of Who We Are (2014) has sold over 200,000 albums, 1.5 million downloads and music has been streamed over 150 million times.  Official music videos have surpassed 49 million views.  Radio hits included Hear Me Now, Lollipop, You Stupid Girl, Collide and Criminal.
Follow Framing Hanley on social media:
Facebook: www.facebook.com/framinghanley
Instagram: www.instagram.com/framinghanley
Twitter: www.twitter.com/framinghanley
YouTube: https://www.youtube.com/framinghanley
Stream, download or purchase ENVY through this link: https://ffm.to/framinghanleyenvy