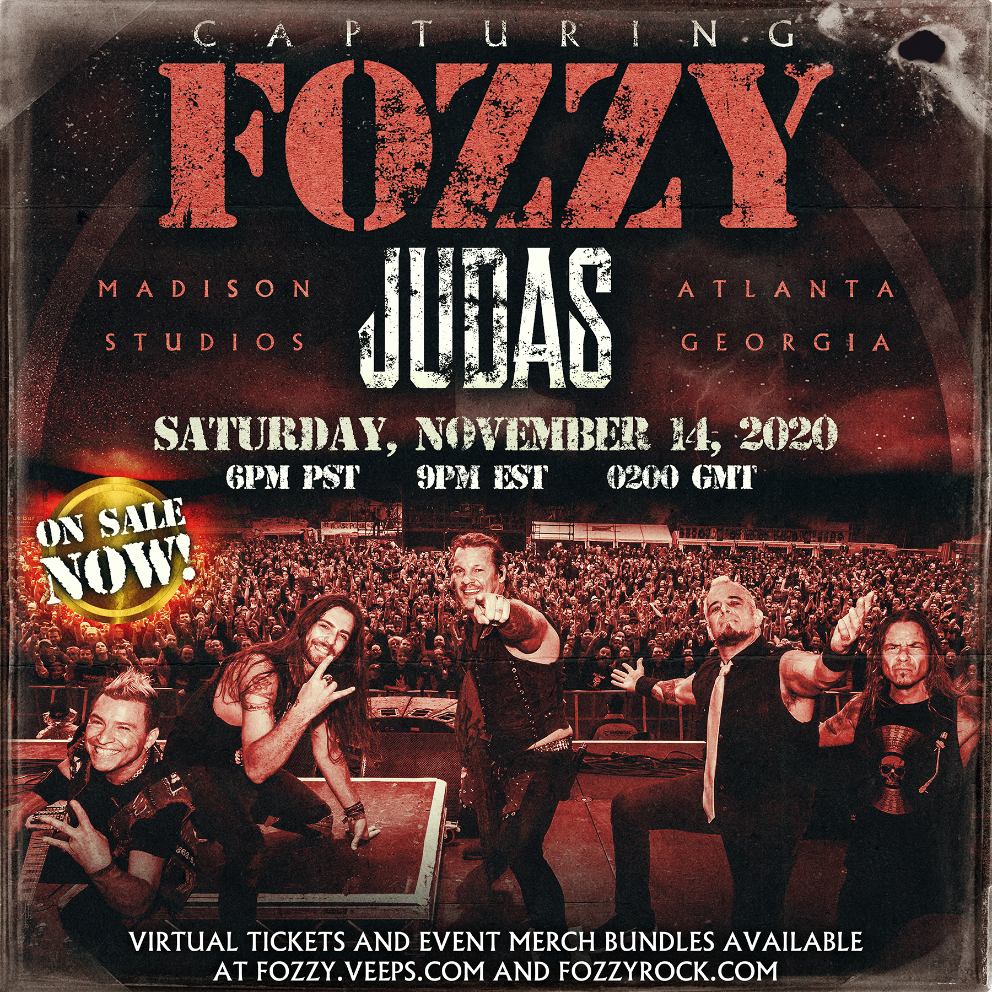 TICKETS ARE AVAILABLE FOR PURCHASE HERE
(October 16, 2020 – Atlanta, GA) – Powerhouse rock ‘n’ roll band FOZZY announces “Capturing Judas” livestream on Saturday, November 14, 2020 at 9pm EST on Veeps.com. The band will be appearing in its first global live streaming event from Madison Studios in Atlanta, GA. Tickets, tee shirt bundles, and VIP Virtual Meet & Greet packages are on sale now at FOZZY.veeps.com. Additionally, fans who purchase “Capturing Judas” will be able to watch the livestream or watch on demand until November 29th. For more information, visit CapturingJudas.com.
The event, aptly titled “Capturing Judas”, is a journey through the bands Judas touring cycle. The pre-show will begin with the special world premiere of FOZZY Across America, filmed October 13, 2017, the day FOZZY celebrated the release of “Judas” by performing 3 shows, in 3 different time zones, on the same day. This 30-minute documentary pulls back the curtain to provide unprecedented, behind-the-scenes access to the band as you’ve never seen them before. Following FOZZY Across America is the final live performance of the “Judas” set that was performed in over 200 cities around the world and will include stories of the road.
“After having to postpone our “Save The World Tour” multiple times due to the continuing lockdown, we decided we wanted to do something special for all of our fans worldwide who rocked with us over the past three years on the Judas tour cycle!” states FOZZY frontman Chris Jericho. “So, on November 14, we will be coming at you LIVE without a net, to play some kick ass rock n roll for you all! We’re also gonna tell you some fun road stories, have a few drinks and maybe even do some Riverdancing! So come join us and let’s all celebrate and commemorate the most successful album and tour of Fozzy’s career.”
The band’s seventh LP, Judas, spurred hits like “Painless“, “Burn Me Out“, and title track, “Judas“, which spent five weeks at #1 on the ‘‘Big Uns Countdown’ on Sirius/XM’s Octane channel and peaked at #5 on the Active Rock Mediabase Chart. The song has over 54 million U.S. streams to date and the music video has over 43 million views to date. Watch the music video HERE. FOZZY is gearing up to release their new album and follow up to Judas early 2021 and recently released their anthemic track “Nowhere To Run“, which was the band’s third track to hit Top 10 on Rock Radio, following “Judas” and “Painless“. Watch the music video for Fozzy’s newest hit song, “Nowhere To Run”, HERE. Stay tuned for more details about the forthcoming release by following the band on socials.
Since the beginning, Fozzy has been about hard work, dedication, and delivering great rock ‘n’ roll to their devoted fans worldwide; reminding them that music is all about invoking dirty, sweaty jubilation and doing it loudly! The band formed in 2000 to release their self-titled debut album. Throughout the years, Fozzy released six progressively popular records, including 2012’s Sin & Bones, featuring the hit single “Sandpaper“, which found the band reaching a level of legitimacy that drew a mass audience to drink in their trademark heavy melodic groove. More recently, the hard rockers released their seventh studio album, Judas, which includes their explosive title track. “Judas” catapulted up the Active Rock Radio Chart. Fozzy’s follow-up singles “Painless“, which peaked at #7 on the Active Rock Mediabase Chart, and “Burn Me Out“, which peaked at #17 on the Active Rock Mediabase Chart, solidified the band as Rock superstars.
Fozzy is Chris Jericho (vocals), Rich Ward (guitars, vocals), Frank Fontsere(drums), Billy Grey (guitars) and Randy Drake (bass). 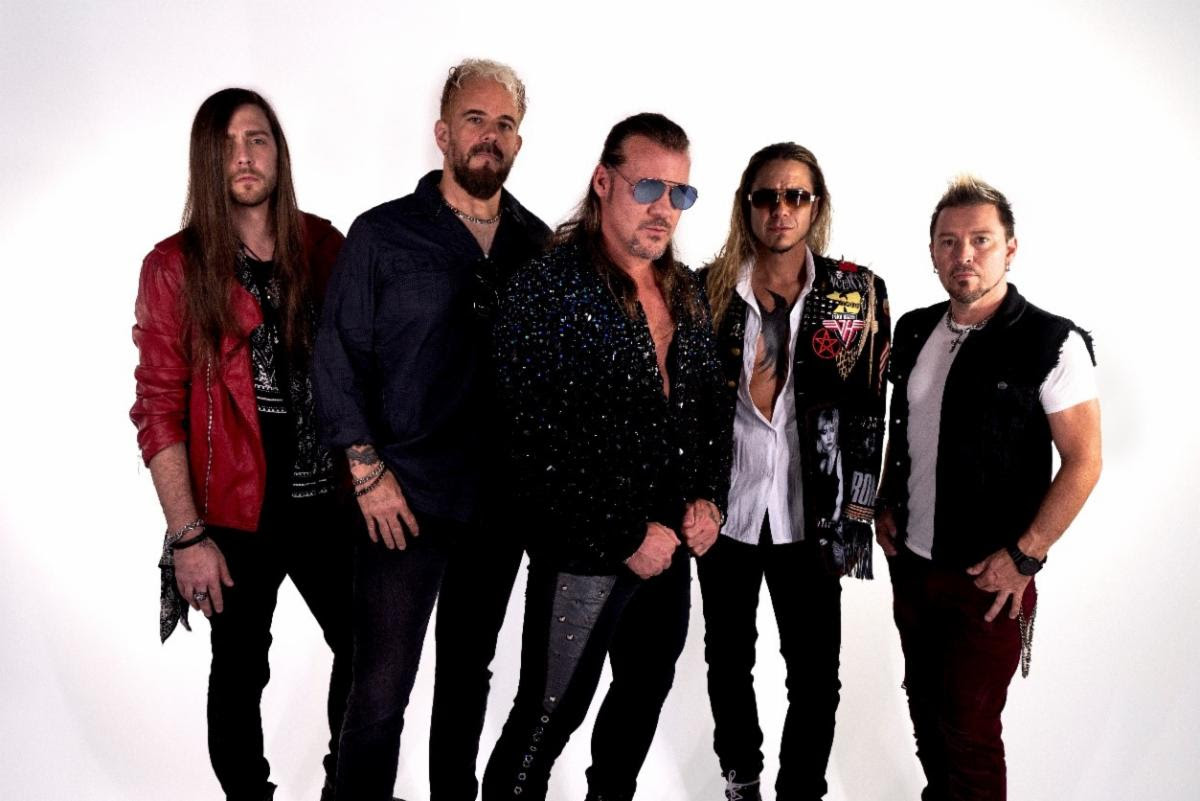