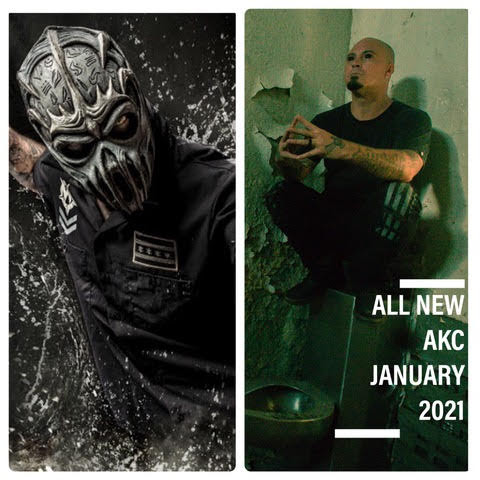 Waylon Reavis, former Frontman of Mushroomhead and the current singer of A Killers Confession, has been diagnosed with colon cancer. Reavis revealed his condition on Headbangers con live stream on Sunday, December 6th. Reavis also talked about his time in Mushroomhead and his departure from the band and why. He talked about his four-year sobriety as well.
Reavis went into detail about his Cocaine addiction for years and how he used drugs to cope with how unhappy he was. He just never fit in. A man from North Carolina coming to Cleveland. “We are from two different backgrounds,” states Reavis. “Living most of my life on the road stuck in a full bus and miserable, then I would go home and be miserable there too. I was being paid very, very little money, and I could barely feed my family. I just was not happy, so the drugs would help me cope, and all it did was make things worse for myself. I was like a ticking time bomb. When you’re given fame like that, you just hold on for the wrong reasons.”
He then was asked how he got sober. “Well, I met my wife Julie in 2017, and we became very close friends. I wanted a change. I needed to change. I moved to Philly with Julie and just fell in love. She helped me through getting sober. I hid in my house for six months and created my live TV screen show for the stage. I bring the arena to the clubs. I just love my life now. I’m truly happy.”
“Unfortunately, Two months ago, I was diagnosed with colon cancer, and my heart crashed,” states Reavis. “My father passed away from this at 58 years old, and my mother passed at 39 from breast cancer. I was just waiting for my time. Luckily they caught it early, and they were able to cut it all out. I have had four removed, but they keep growing fast. I have changed my entire diet, thanks to my wife and taking medications. I may have to battle this the rest of my life, but I am going to live my life happy and FIGHT!”
Reavis is now living with his wife Julie and Children in Florida. He Is also the Head of A&R for Wake Up! Music Rocks record label. He runs the label alongside his wife and owner, Pepper Gomez.
“I truly enjoy my life,” Reavis says. “I love my wife, I love my job, and I love my band! My Step-Son Morgan is the drummer, and my best friends are my bassist JP, and my guitarist Tommy Church (formerly of Mushroomhead). I love traveling the world with them!
A Killer’s Confession is managed by Jeromy Jerome at FM Music Management. “Jerome has changed the course for AKC, and I’m so thankful for him coming into our lives,” says Reavis. “I have an amazing team now, and I enjoy being myself, writing the way I want!”
Waylon Reavis is releasing a cover of the A Perfect Circle song “Gravity” this week.
A Killer’s Confession’s new album is set to be released in 2021. The first single, “Remember,” will be released on January 27th. “A couple of songs are about my cancer and about my father,” says Reavis. “Those songs mean a lot to me. I cannot wait for everyone to hear them! I’m really excited about this one. Every album I write is different and will never be the same as the others. This one is both heavy and melodic. I took myself back to my roots. It’s what the fans want, so I always like to give them what they have been waiting to hear.
A KILLER’S CONFESSION:
Waylon Reavis – Vocals
JP Cross – Bass
Tommy Church – Guitar
Morgan Bauer – Drums
For more information:
Facebook: www.facebook.com/akillersconfession
Instagram: www.instagram.com/a_killers_confession
Twitter: www.twitter.com/WaylonAKC