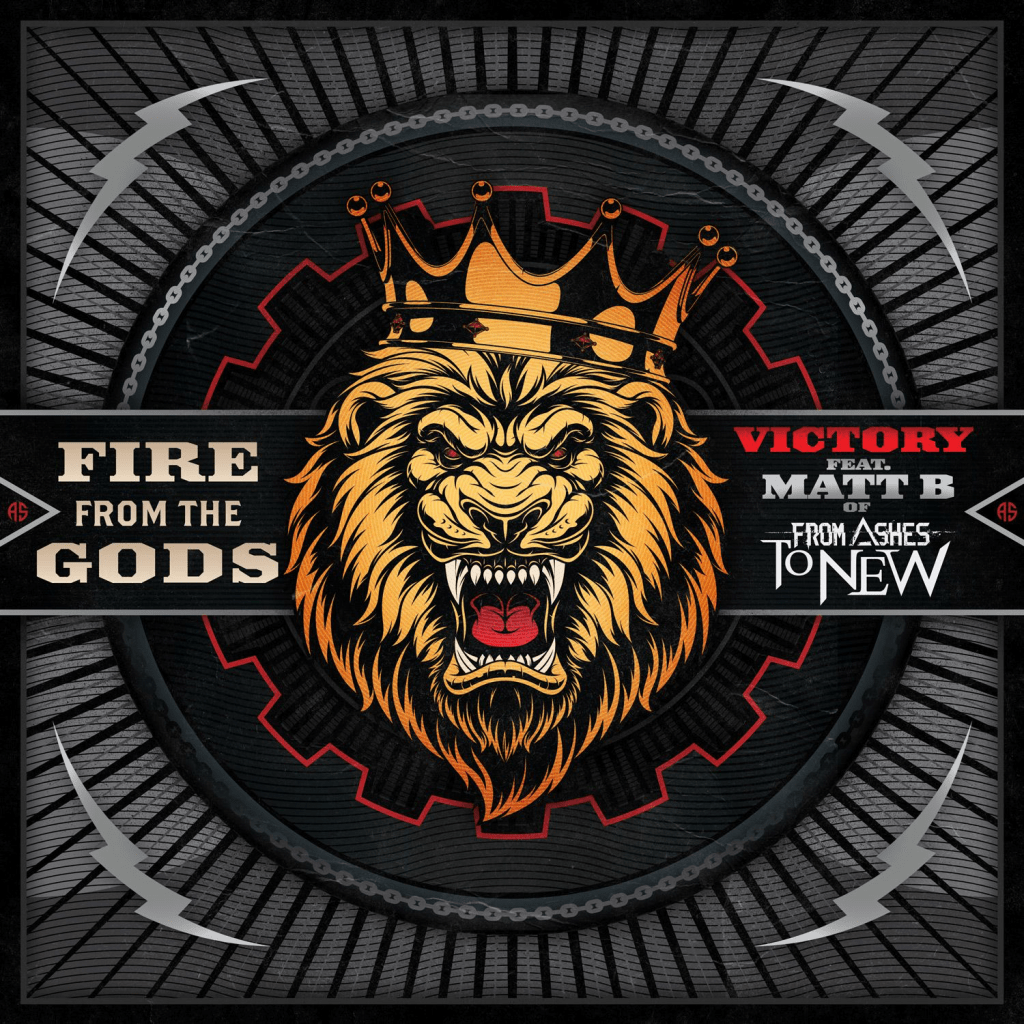 AUSTIN, TX – AUGUST 27, 2021 – Austin-based rock band Fire From The Gods just unveiled a new version of their song “Victory,” now featuring a guest appearance from Better Noise Music labelmate Matt B of From Ashes to New.The release comes in celebration of Fire From The Gods going back on the road and reconnecting with fans later this month. Starting August 31, they will join rock legends Korn, along with Staind, on the former act’s headlining 2021 fall tour.  See full list of upcoming tour dates below. The track is available to stream and download across platforms HERE. Tour tickets and additional information is available HERE.

The band also released an empowering and energetic visual for the collaboration today, highlighting the many recent challenges of the human experience around the world, using real-life footage from recent social unrest and natural disasters. The new video can be viewed HERE.

Giving a statement on the song’s release, Fire From The Gods lead singer AJ Channer said, “These last 2 years have been tough on so many. I can talk until I’m blue in the face about how much we missed out on not being able to tour. We want to give American Sun a proper send off. What better way than with ‘Victory.’ Big up to Matt of From Ashes to New for hopping on and blessing the track with his unique take on the song.” The band’s drummer Richie Wicander added the following to give context for the new music video, “The new visual speaks to one of the biggest goals we have with making music – to speak to the human experience and call for connection. We wanted to use the visuals from social and political protests and natural disasters in my homeland of Germany, and Italy, to show that as a collective we are battling something and are in this together. We need to push forward and have perseverance. We will overcome. We will have our victory – together!”

The track originally appeared on Fire From The God’s critically praised LP American Sun. Earlier this summer, the band released American Sun (Reimagined) which offers stripped-down, acoustic versions of fan-favorite tracks from the album. Serving as a reflective statement from the band, the release was a new approach to their art, inspired by the last year of current events as they prepare for their next chapter of music. The project is an embodiment of the band’s overall call for unity with their music. See full tracklisting below.

As for Matt B’s band From Ashes To New’s return to the stage,  they recently kicked off their opening stint for P.O.D. on their “Satellite” 20th Anniversary Tour, which label mates All Good Things are also a part of. For more information on tickets and dates, visit: https://www.fromashestonew.com/tour

This summer, From Ashes to New also began releasing a series of mood EPs called the Quarantine Chronicles, which include remakes of tracks from Panic, their critically acclaimed album originally released in 2020. Vol. 1 and Vol. 2. Each are available to stream and download across platforms now, with the third and final volume set to drop this fall. The band will also appear in the upcoming horror film THE RETALIATORS (from Better Noise Films), which is set for its world premiere at Arrow Video FrightFest 2021 in London on August 30th. The band will also appear on the film’s original soundtrack via Better Noise Music.

ABOUT FIRE FROM THE GODS

For some artists making music isn’t a choice, it’s fueled by something larger than themselves. This is undoubtedly true of Fire From The Gods whose second full-length American Sun sees them adopting the tagline “In Us We Trust” meaning “we the people” are responsible for change; a unifying statement in order to try to prevent society from succumbing to the growing malaise brought on by soul-sucking technology, divisive politics and environmental destruction. “With this record what we’re trying to drive home is that our differences and where we are from doesn’t need to define who we are moving forward,” frontman AJ Channer explains. “Like [2016’s] Narrative I’m telling the story from my perspective, but it’s a story that people from all walks of life can relate to in the sense that we all face the same challenges… and the only way to conquer them is if we face them together.”

Fire From The Gods have experienced their share of ups and downs since the Austin, Texas-based act released their David Bendeth-produced (Breaking Benjamin, Paramore) debut three years ago. Since then, the band—which also features drummer Richard Wicander, guitarists Drew Walker and Jameson Teat and bassist Bonner Baker—have toured incessantly with acts like Sevendust and Of Mice & Men, played festivals ranging from the Vans Warped Tour to the country’s largest Rock festival, Rock On The Range, re-released their debut as The Narrative Untold featuring new songs produced by Jonathan Davis of Korn and spread their message to fans all over the world. However instead of resting on their laurels, the act doubled down on their message with American Sun, their first album after signing with juggernauts Better Noise (fka Eleven Seven Music Group). “I think this record is a lot more personal because I’ve become a lot more open about who I am and what I’ve had to deal with,” Channer explains. Channer spent his childhood shuffling between London, New York, Los Angeles, Norfolk and Ghana, giving him a unique perspective on the world, however the issues that he’s dealt with such as anxiety, depression, anger, rejection and loss are universal.

CONNECT WITH FIRE FROM THE GODS