Search
Home
News
Wishing Well from Finland have today released their third album “DO OR DIE” (Inverse Records). Album is available on all major digital platforms as well as on CD. The first single, title track ”Do Or Die” was released on 18 February. Together with the album the band also releases a video for the song ”We Shall Never Surrender”.
Listen to the single:
Spotify: https://spoti.fi/3d4l3fI
Apple Music: https://apple.co/2U24Qif
Amazon: https://amzn.to/2w0rHmg
Deezer: https://www.deezer.com/en/album/135071052
Tidal: https://listen.tidal.com/album/133390369
Watch the music video “We Shall Never Surrender”: https://youtu.be/XTjKN6RQda4
Like their previous releases “Chasing Rainbows” (Inverse, 2016) and “Rat Race” (Inverse, 2018), the new album includes many different hard rock and metal styles. There is everything from fast power metal influenced songs to slower metal anthems and ballads.
The line-up is the same as on their previous album: Rafael Castillo on vocals, Arto Teppo on Hammond organ, Rick Becker on bass, Juha Kivikanto on drums and Anssi Korkiakoski on guitar.
“Making this album was a walk in the park for us. We’re in this together and we have the same goal. We know where we come from and where we’re going”, says Arto Teppo, whose Hammond organ is one of the main ingredients of Wishing Well’s sound.
The band will play album release gig at On The Rocks Club in Helsinki on 20 March and tour Finland in April with TANK.
https://www.facebook.com/wishingwell2016/
CD order:
https://www.inverse.fi/shop/catalog/product_info.php?products_id=850
https://metalmailorder.com/de/wishing-well-do-or-die.html
https://www.recordshopx.com/artist/wishing_well/do_or_die/#666747
http://www.soundpollution.se/product.aspx?id=89711 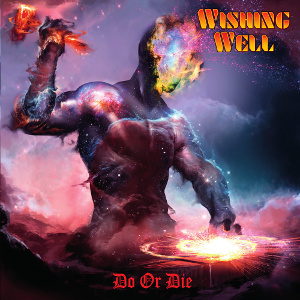