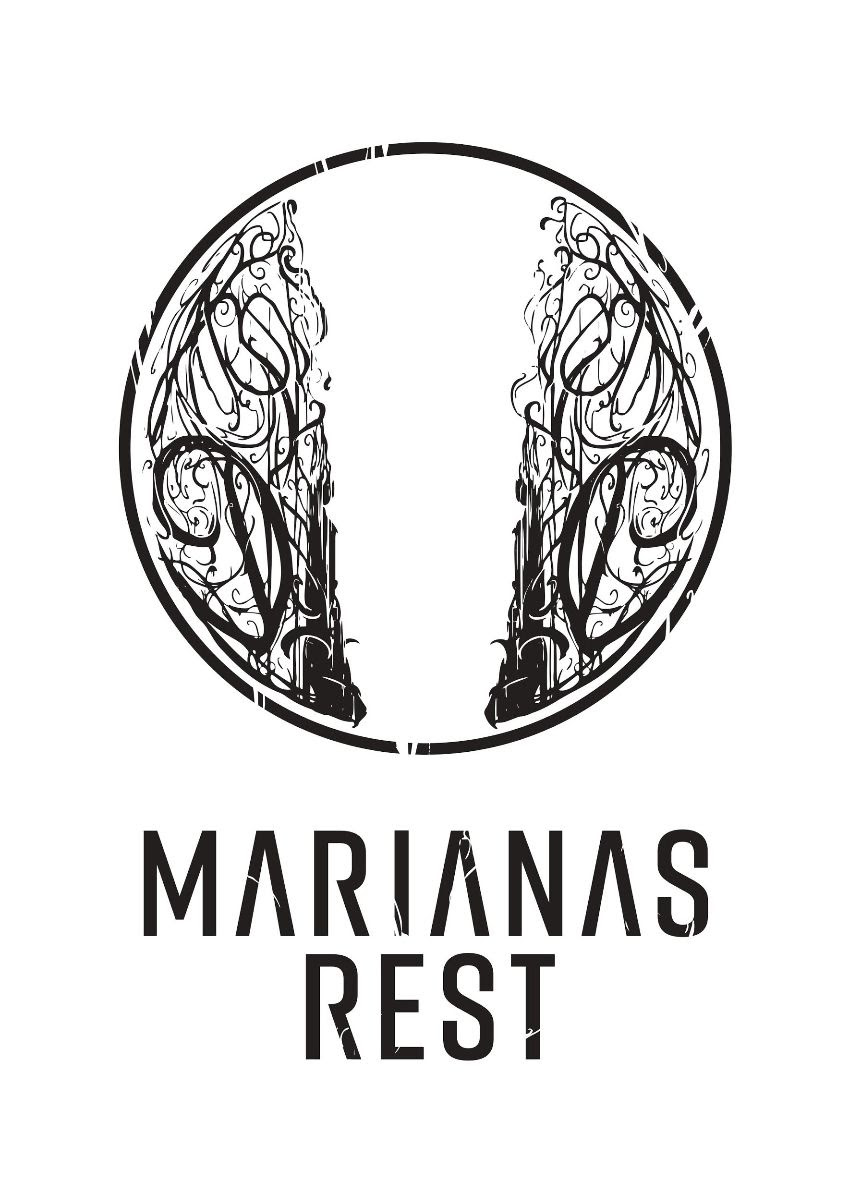 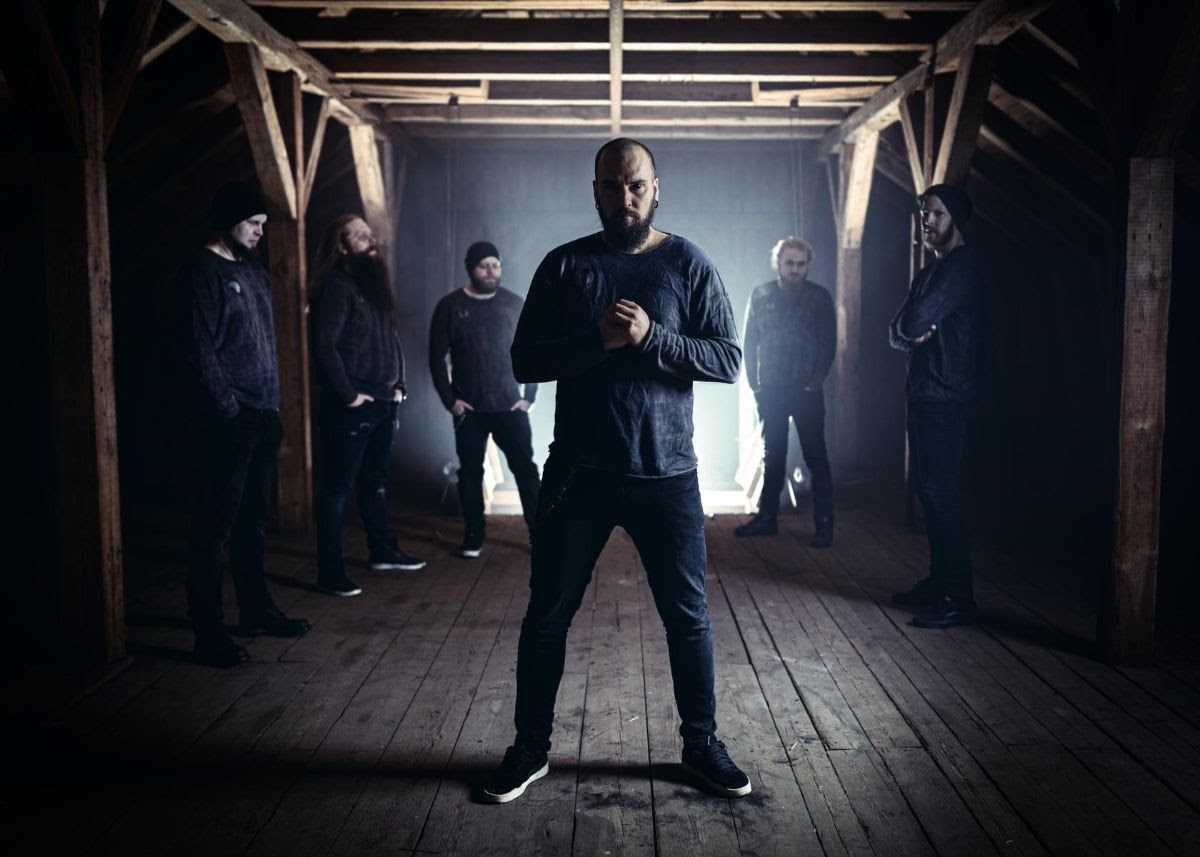 Emerging from the Finnish coastal town of Kotka, melodic death/doom metal strikers MARIANAS REST will unleash their third studio album, Fata Morgana, on March 12, 2021 via Napalm Records. In anticipation, they have just unveiled the first single from the album, entitled “Glow From The Edge”, along with a moving official video.

The Finns – featuring Jaakko Mäntymaa on vocals and Omnium Gatherum’s Aapo Koivisto on keys – showcase a true virtuosity of heavy riffs, hypnotizing soundscapes and impetuous tempo-changes on their new work of art. Fata Morgana combines intense melodic death metal spiced with significant doom elements and breathes an overall melancholic theme with every note, which the first output, “Glow From The Edge”, is proof of. Atmospheric guitar tones set the stage for this gloomy melodic death and doom metal offering. Spoken words permeate the listener’s brain, soon erupting in harsh and intense growling while the dreamlike backing vocals of guest musician Lindsay Matheson/Schoolcraft are carried along with sophisticated melodies.

Vocalist Jaakko Mäntymaa on the first single, “Glow From The Edge”:
“Glow has a dreamy, mystic aura to it. I think it represents the evolution of the band and therefore it was an easy choice to be the first song released.”

Watch the official video for “Glow From The Edge” HERE: 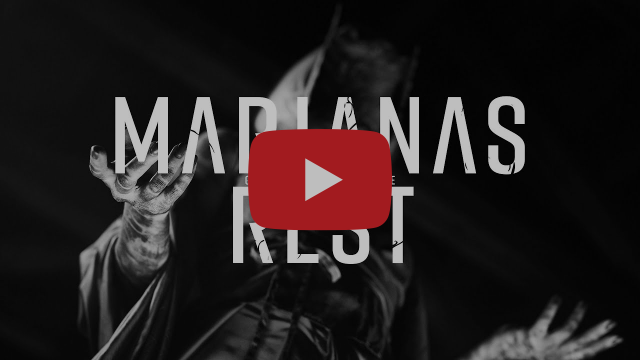 MARIANAS REST deliver the colossal next chapter in their introspective
melodic death/doom parable!

Fata Morgana marks the final chapter of a trilogy that began when MARIANAS RESTreleased their first full-length, 2016’s Horror Vacui, followed by the critically acclaimed full-length Ruins (2019). The series encompasses themes of isolation, eventual mental collapse and emergence from that woeful state, respectively – however, the band invites fans to experience the concept from their own perspectives.The upcoming eight-song epos delivers atmospheric melodies that are as endless and fascinating as the overwhelming beauty of Finnish nature, which tracks like the expressive “The Weight” or authentic “Pointless Tale” are evidence of. Topped by guest appearances of Timo Virkkala, who shares his awesome cello magic, and the bewitching backing vocals of Lindsay Matheson/Schoolcraft (ex-Cradle Of Filth), MARIANAS REST take their creative output to the next level and make Fata Morgana a must-have for fans of bands like INSOMNIUM and MY DYING BRIDE.

MARIANAS REST on Fata Morgana:
“Fata Morgana is a voyage into isolation. A passage to a place where minds get distorted by the cold.” 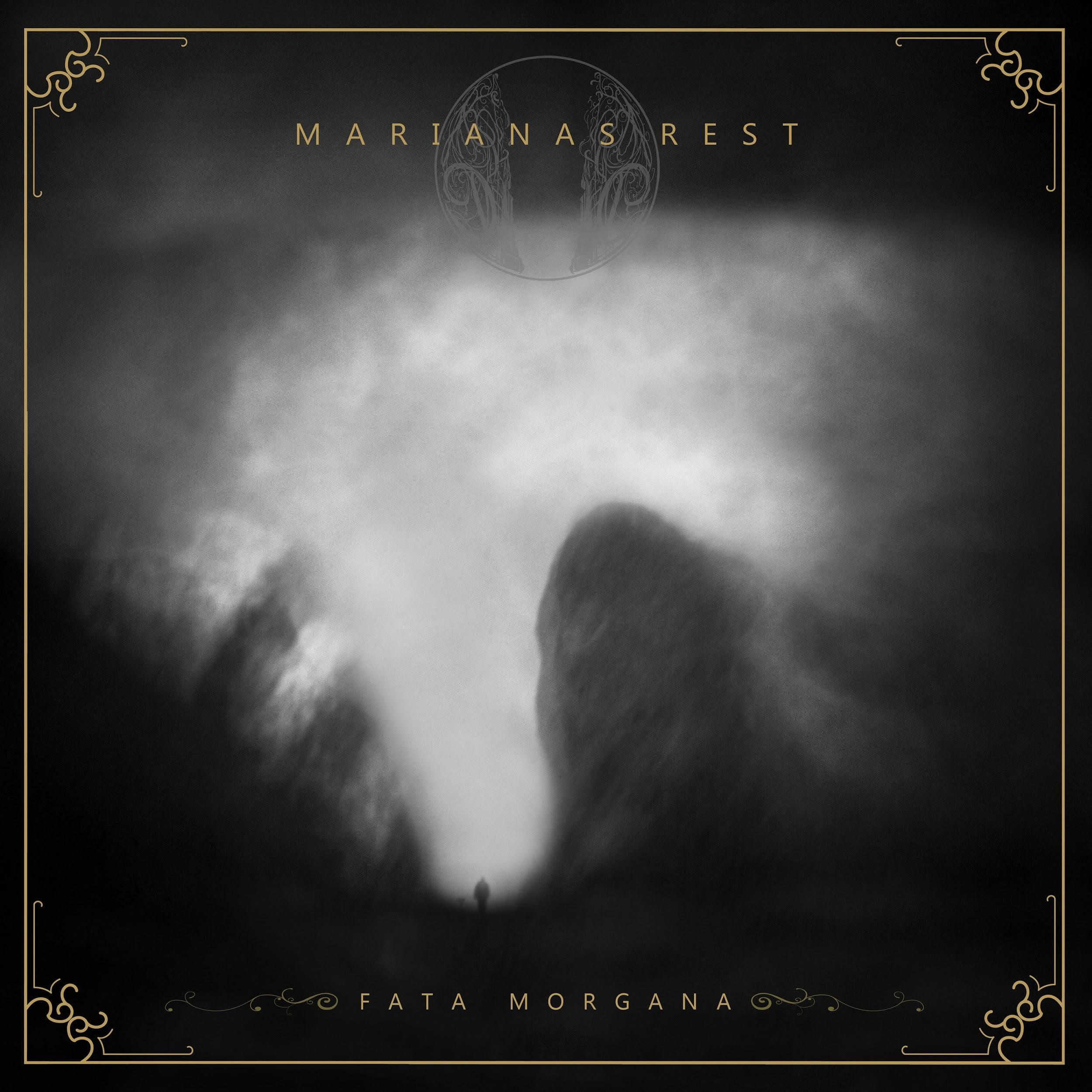 This melodic melancholy is produced by Teemu Aalto (Insomnium, Omnium Gatherum) and MARIANAS REST, recorded and mixed by Teemu Aalto at Teemu Aalto Music Productions and mastered by Svante Forsbäck at Chartmakers, who received a Grammy nomination with Candlemass feat. Tony Iommi for Best Metal Performance. 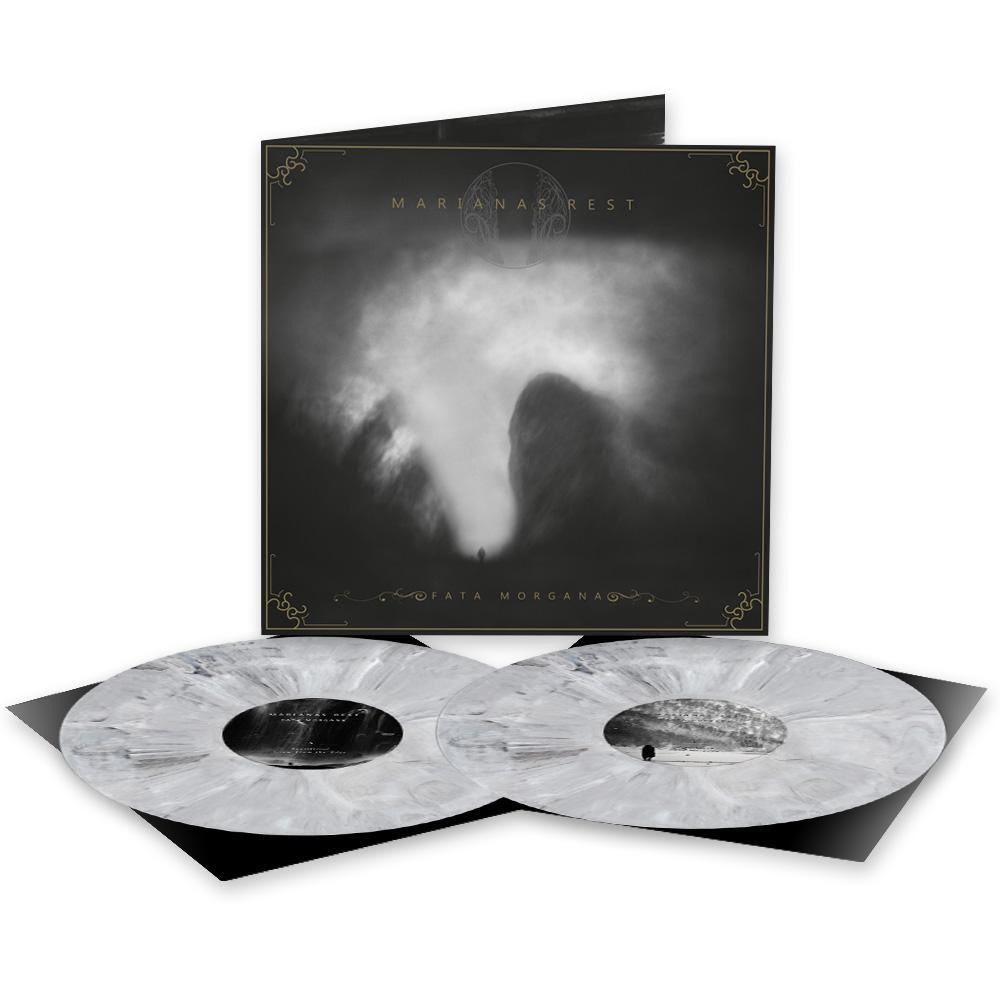 [2LP Gatefold Marbled Black/White Vinyl – Napalm Mailorder Only]
A somber manifest of heavy riffs and grieving melodies
As a special bonus, MARIANAS REST will release a limited edition reissue of their aforementioned second studio album, Ruins, on vinyl for the first time ever on March 12, 2021 via Napalm Records. Unleashed back in April 2019, the Finns’ full-length tells the story of how a mind slowly crumbles, about introversion, putting up mental walls and eventually disappearing inside your own head.
Pre-Order Ruins HERE: 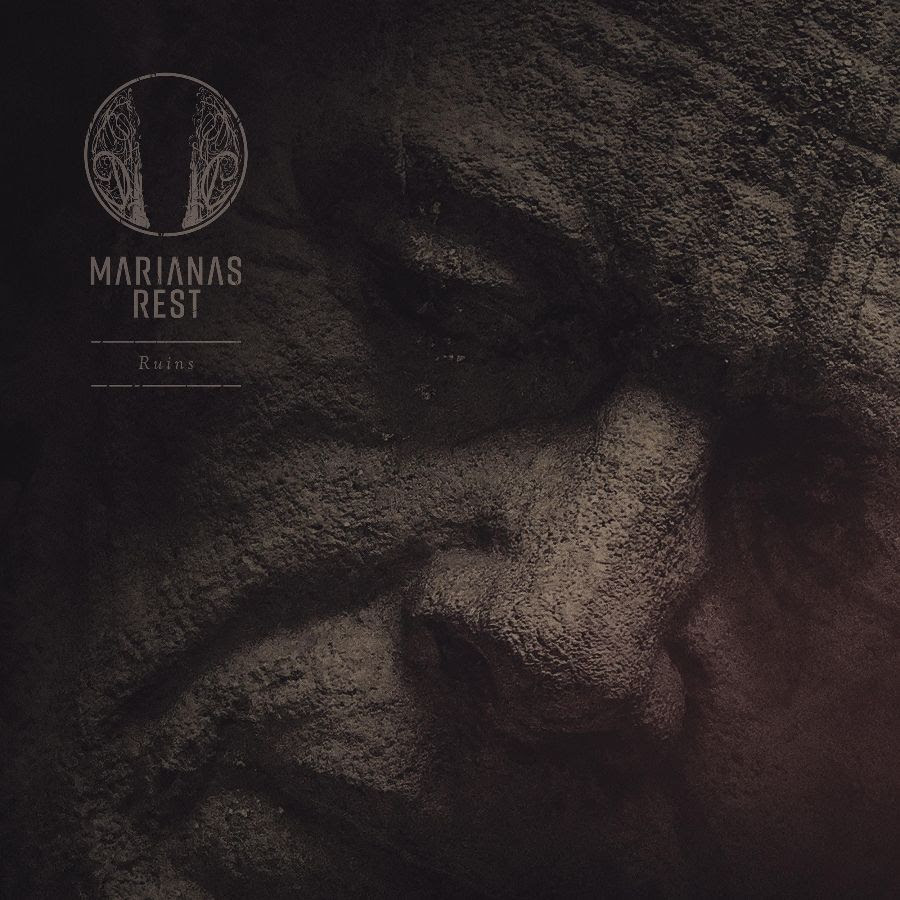 Available as a 2LP Gatefold Marbled Black/White vinyl (limited to 300 copies), this is a must have for fans of this somber manifest of heavy riffs and grieving melodies! 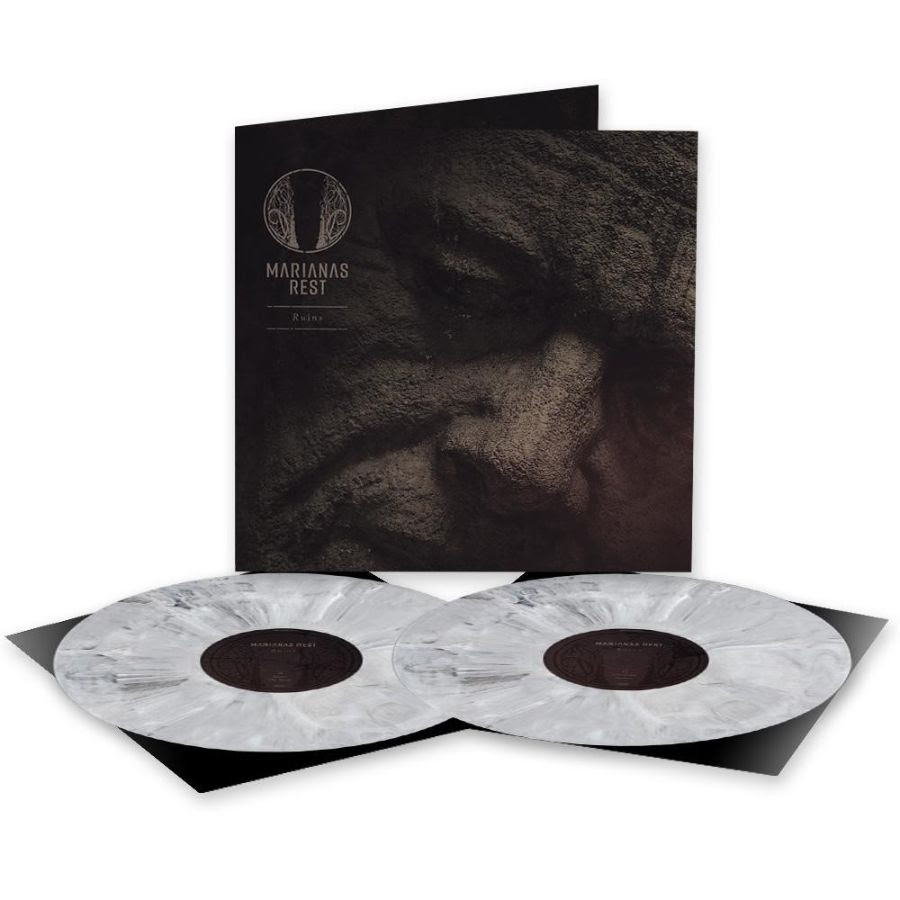