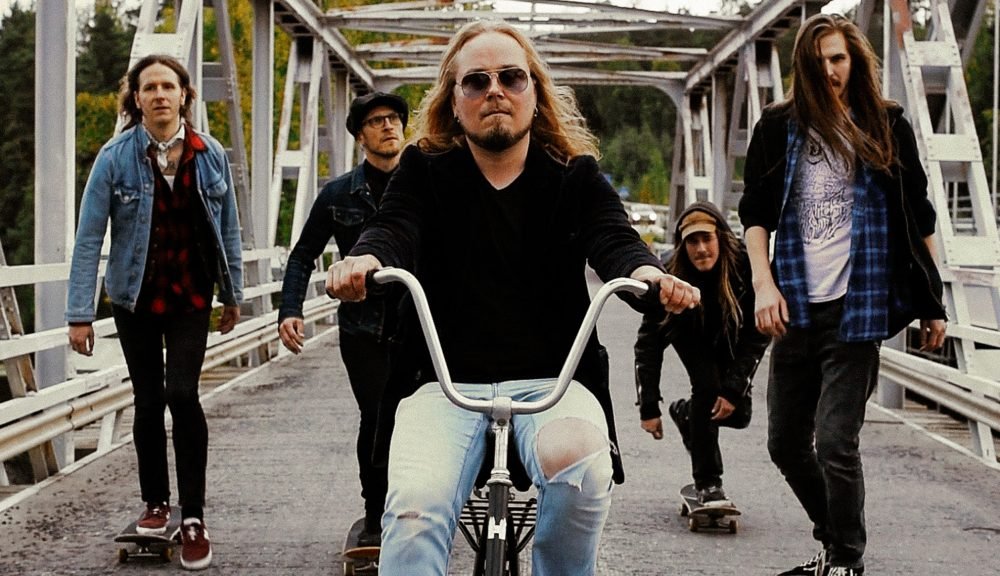 Chainerection has been laying down it’s blue-collared, supercharged rock ’n’ roll since 2009. In the highly driven songs you can hear the echoes from the 70’s Detroit and the 90’s Stockholm. Your mind might wander to think about bands like MC5, The Hellacopters, Hurriganes, Gluecifer and The Flaming Sideburns.
Listen to the new single: “Who Stole My Mojo”:
Spotify: https://spoti.fi/3yDWocq
Bandcamp: https://chainerection.bandcamp.com/
Youtube: https://youtu.be/G21JG2jmqaQ
Apple Music: https://apple.co/3fJDZlW
Amazon: https://amzn.to/3wA7k9q
Deezer: https://www.deezer.com/us/album/224538412
Tidal: https://listen.tidal.com/album/181353468
Upcoming album Alternative High pays tribute of those great pioneers of the past but with a serious attitude of its own. 12 songs are packed with exploding riffs, scorching fuzzed out solos, thunderous bass lines and super solid drumwork. At times the speed-laden rock assault mellows just a notch to let in some of that sweet groove and roll.
While listening to the album you can feel the sweat starting to run down your back, might consider buying a motorcycle and feel releaved about the fact that the danger is finally back in rock music.
Rock ’n’ roll ain’t fashionable, neither it should be – Style is all that counts.
https://www.facebook.com/Chain3r3ction
https://www.instagram.com/chainerectionband/
https://chainerection.bandcamp.com/