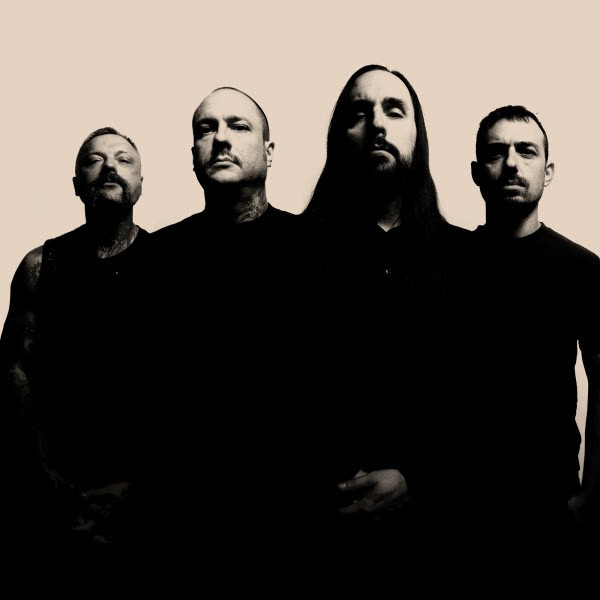 “Cast in Oil The Dressed Wrought” is now playing in full at No Clean Singing, who had this to say about the album “Whereas To The Concrete Drifts found the band wallowing in the sheer sonic density of their bleak, Blackened Doom sound, Cast in Oil… cracks the shell open and lets the band’s creative juices flow more freely, resulting in a record that’s altogether more slippery and much harder to grasp on first listen.”

Listen to “Cast in Oil The Dressed Wrought” here.

The follow to their 2017 debut album “To The Concrete Drifts” was recorded and mixed by Clyde Wilson at Mount Doom Studios in Warren, MI, and mastered by Collin Jordan at The Boiler Room in Chicago, IL, this new album sees Fell Ruin masterfully merging elements of black and death metal, progressive metal and avantgarde doom. Pre-orders are now available at this location.

Watch the visualizer video for “The Burning Spire” at this location and if you missed it, watch the video directed by Brian Sheehan for leading single “Stain the Field” here.

Since its conception in 2014, Fell Ruin has been an ever evolving metal soundscape of dark, cathartic storytelling. A grand, shadow vessel navigating through obscurity and provocatively into the sonic fray. Transmuting elements of black and death metal, progressive metal and avant-garde doom.
After self-releasing the debut EP “Devices” (2015) and conspiring with I, Voidhanger Records and Graven Earth Records on the full-length “To The Concrete Drifts” (2017), the band now returns with a new full-length album and third venture “Cast in Oil The Dressed Wrought”.