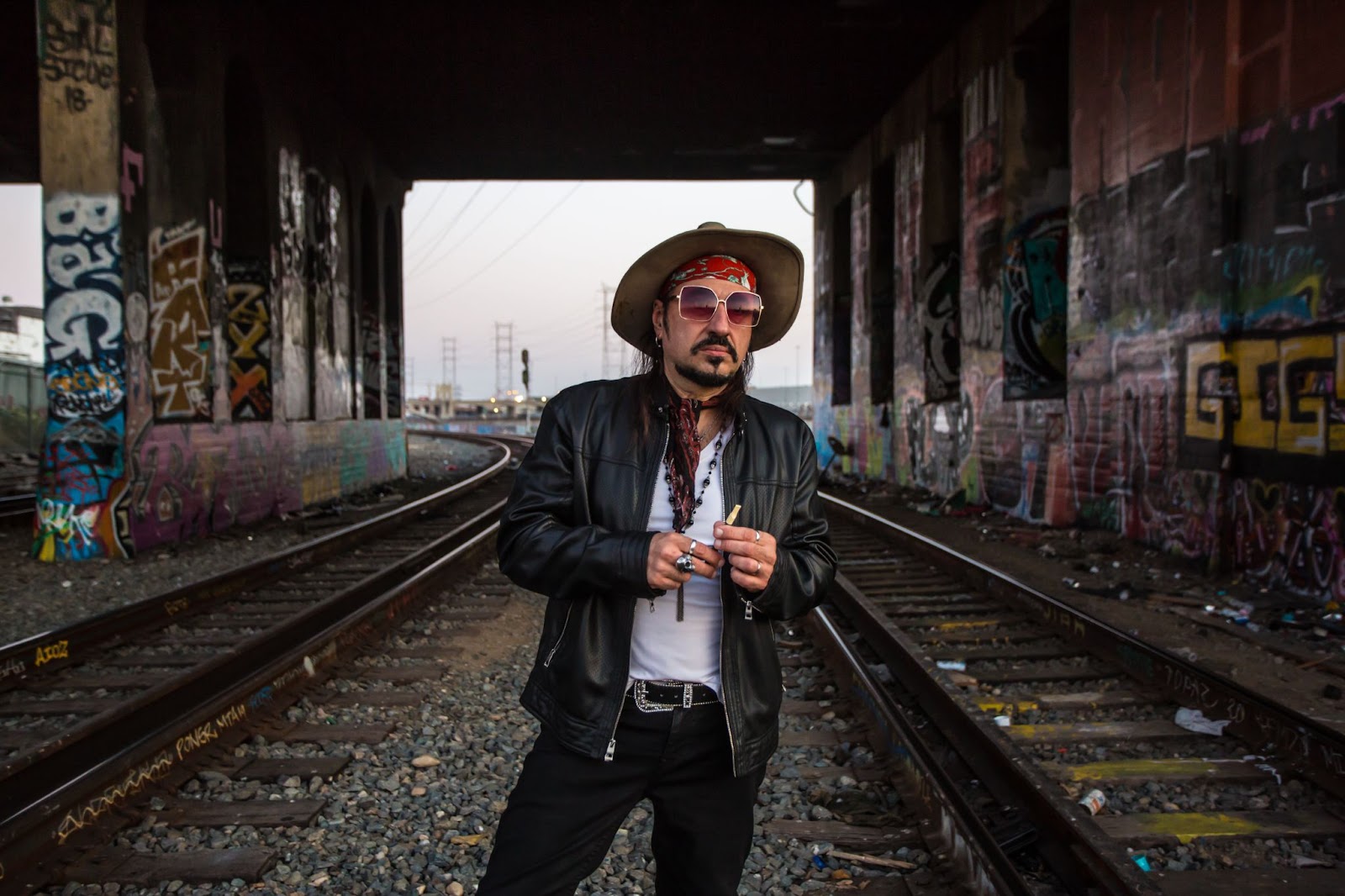 This is marked by the reveal of the ride along through LA in a supercharged Dodge, ‘Ain’t No Givin’ Up’ video and single. Fab says of the song, “This is a song about resilience of the poor, of the oppressed, of the discriminated against, and of all the ones that are struggling to be heard when protesting against all types of abuses, whereas such abuses are perpetrated by economic entities, political foes, or even by the police.” It bears relentless groove and soul-reggae vibes which supports the song’s firm and direct message: “Don’t mess with us, we’re tired, but we’re not alone.”

This album is an important milestone in the career of the Italian born, but proud Californian, multi talented producer/writer/musician and now front man. While his endless list of collaborations (Slash, Eric Gales, Gary Clark Jr, Billy F Gibbons, Steve Vai, Steve Lukather, Glenn Hughes, Leslie West, Joe Bonamassa, Warren Haynes, George Clinton & P-Funk…) is one step shy of making him blush when reminded, the reality of being up front and centre is Fab’s new exciting challenge. “This is hard, but great at the same time. With all the other great musicians that I’ve produced or played with, it was simpler in a way because their statuses and names got me ‘attention,’ but also  ‘protection.’ With Soul Garage Experience it’s all balls out. I needed to be able to keep up with all the great monsters out there in the world. It’s all on me this time, well most of it.” he chuckles.

The band’s sound can easily be likened to Americana/Neo-Soul artists such as Vintage Trouble, Black Pumas, Gary Clark Jr, The Black Keys. Thanks to the backgrounds of the great musicians featured on the record, their own history and their endless love for Hendrix, Cream, James Brown, Bob Marley, and Curtis Mayfield alike, the resulting music experience offered by the band is an infectious groove laden combination of old and new school with a music prowess & ownership that turns heads and instigates curiosity. While its lyric content is socially aware, very positive, and poetically urban with a twist (even if the topics touched are no joke), it portrays Fab’s own upbringing as a citizen of the world drawing from his time growing up in Milan, London, Toronto, New York & his beloved LA. Fab is excited to bring his music to all, to excite, thrill, enlighten, and raise awareness of how we can all come together in the not only the most difficult but also the best of times.

This is the album Fab says he would have wanted to make if it was still 1972, sadly enough, the majority of its thematics could have worked back then, just as they are incredibly current today. The ghost of his first true music love Bob Marley is definitely felt throughout the whole record, and not only for the often embraced reggae tones, but for the simple, positive & direct way the often engaging and opinionated lyrics are narrated.

The young ‘Top Gun’ LA based rising maverick, Derek Day provides the incendiary guitar playing on most of the record and catches a ride in the new video. He infuses his music with the power of rock and a big chunk of soul with guitar chops seasoned for all tastes. He comes with experience beyond his years having opened for and performed with luminaries in Steve Vai, Moby, and Slash.

Just as for his other award-winning band Supersonic Blues Machine, fronted by Kris Barras with Kenny Aronoff, that often sports guest appearances by Billy F. Gibbons, Eric Gales & many more sublime talents, the thrilling live shows of the outfit are heavily jam based, so as to embrace the golden era of live shows being the 60’s and the 70’s. Onstage, the ensemble easily moves between new crafted tunes and all time classics,but they are a far cry from your regular covers band. This is a true Soul Garage Experience.

Part of Soul Garage Experience proceedings are proud to support 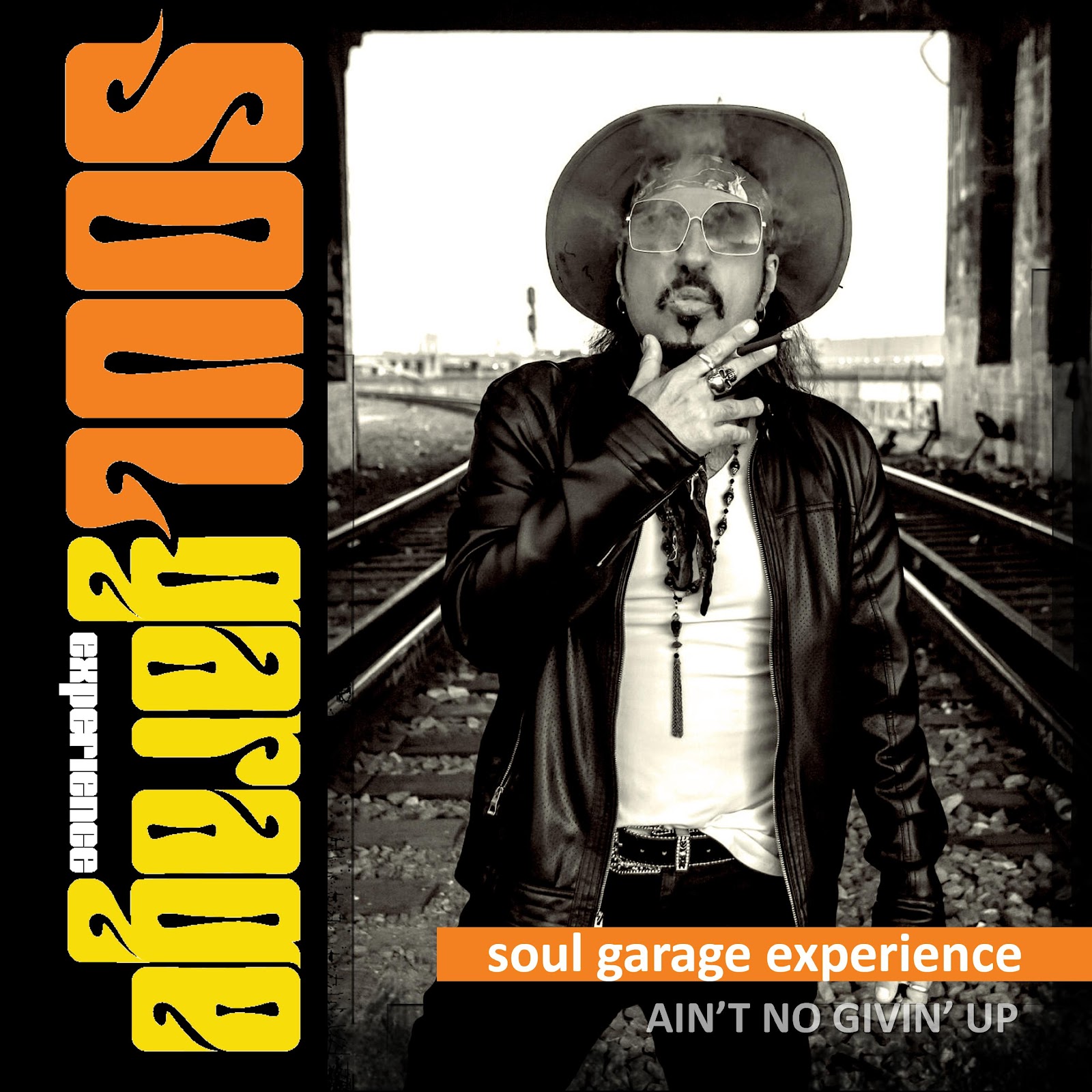