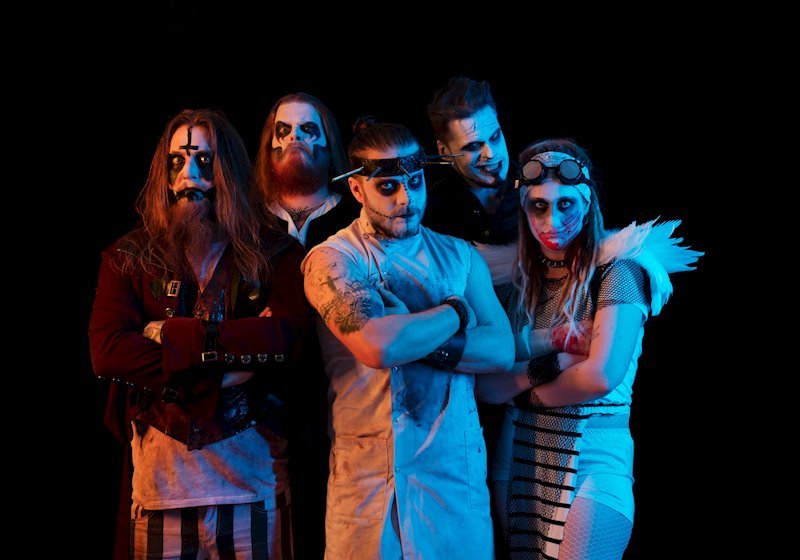 We are delighted to be returning to Bloodstock, which we will always regard as our spiritual home… however…
We haven’t played as a band for a year. Not even a practice. We have closed and abandoned our rehearsal room. Our van is gathering moss on a driveway. We have two new members who we have never played with. One of them was our main stagehand. We have not replaced that position. Basically, Evil Scarecrow, are, in reality, unconscious in stasis, floating through the void of space until we clear the disease-ridden Van Allen radiation belt. Along comes the good ship Bloodstock, who nudges us awake to see if we will come and play with them. “No”, we mumble. “No band yet”. “More sleep”. They return with a cup of tea and a bacon sandwich. “It’s headlining the Sophie Stage” they whisper.
Shit.

So, we have sprung back into life! We are dusting off our props and may even have a band practice or two. So, if you want to see the most shambolic, unpracticed, unprepared Evil Scarecrow show ever, then join us! We can’t promise our usual super-polished -ahem- performance. But we promise to bring the biggest, messiest, stupidest party yet.

We don’t often speak out about our “politics” or serious stuff because, you know, we’ve got robots and crabs to think about, but we are a band that believes wholeheartedly in inclusivity. Everyone is welcome at our shows. We love that our gigs are often attended by people who’ve never even seen a live Metal show before. Evil Scarecrow has introduced people to our “scene” who would never have considered being part of this big, wonderful and diverse family before, and they’ve stayed. Having the opportunity to headline the Sophie Lancaster stage really chimes with this for us, we are especially proud to perform under the banner of “Stamp Out Prejudice Hatred and Intolerance Everywhere”.