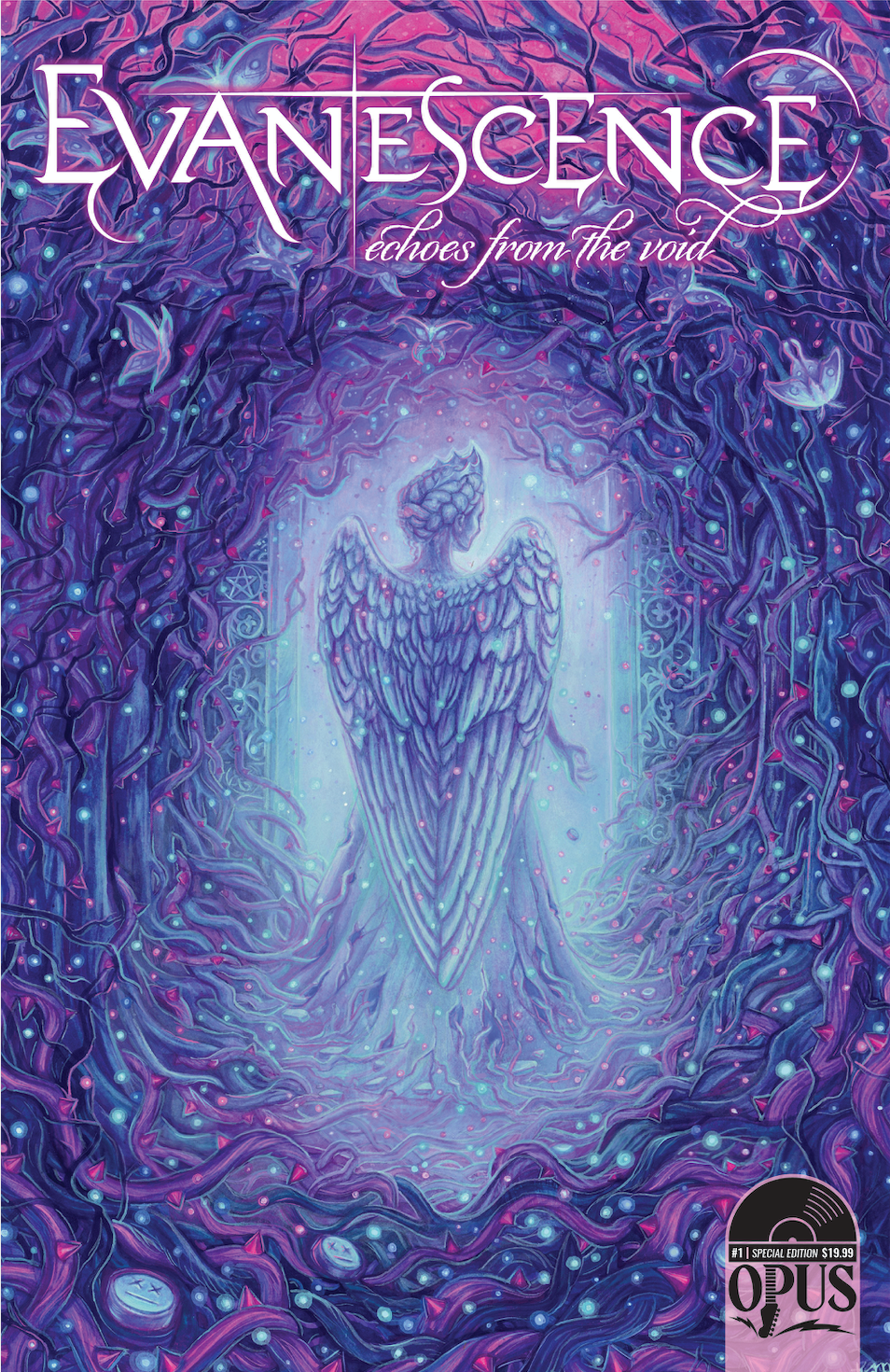 Fantasy series expands on themes from the upcoming Evanescence album The Bitter Truth (26 March via Sony) and explores the band’s classic catalogue, including contributions from Amy Lee and Carrie Lee South.

Abigail Larson is a Hugo Award-winning dark fantasy illustrator. She’s created artwork for Sideshow Collectibles, DC, Dark Horse, SYFY, and Netflix. More information about Abigail HERE.
—
Carrie Lee South is a writer, editor, teacher, and MFA candidate at the University of Central Arkansas. She wrote the music video treatment for Evanescence’s 2011 single “What You Want” and has published short stories and essays. As a lifelong graphic novel reader and Evanescence fan, she is excited to work on this game-changing project with her big sister. She lives in Little Rock with her husband and four parrots.
—
Blake Northcott is a Canadian author and screenwriter. She’s best known for the international bestselling novel Arena Mode, which was a 2013 BSFA nominee, and is part of the high school curriculum in the state of Florida. She was a semi-finalist in the 2017 James Patterson Masterclass contest, and in 2018 her novel The North Valley Grimoire became Kickstarter’s most-backed fiction novel ever in Canada. Some of her comic book credits include Vampirella, All New Fathom, Catwoman, and the cyberpunk series Synapse for Heavy Metal Magazine.
—
Kelly McKernan is an independent artist based in Nashville, Tennessee whose artwork is primarily created with watercolors and acryla gouache. Kelly’s fantasy surrealist style explores the feminine journey through vivid color and ethereal, otherworldly settings. In addition to creating original works for numerous galleries, she also lends her unique style in illustrating comic, book, and album covers. Kelly has also garnered a large and supportive social media following by intimately sharing her journey as an artist, mother, and activist. Her artwork can be viewed HERE
—
Llexi Leon founded Incendium in 2006 as a creative agency with a focus on music and entertainment clients, leading to his role as the Interactive and Creative Director of Phantom Music Management; overseeing animation, comic books, video games, merchandising, and more for the mighty Iron Maiden. As creator of heavy metal fantasy series Eternal Descent, which debuted in 2010 under IDW publishing, he has always been at the intersection of music and comics, meanwhile as a games producer, session musician, and animation director, Llexi has helmed a diverse array of productions from music videos to mobile games, collaborated with many of the world’s greatest rock and metal musicians, and worked on fan-favourite film and television properties from Star Trek to Evil Dead.