ESSES: Oakland post-punk/deathrockers share video for “Before the Blight”

Oakland deathrock/post-punk quintet ESSES returns with sophomore album, Bloodletting for the Lonely. The album deals with topics such as mental health, memory, and trauma. As the third and final single of the album, ESSES shares the video for “Before the Blight,” which got its premiere earlier via Post-Punk.com (Read full feature HERE).

“‘Before the Blight’ was written prior to COVID, but one could make an easy connection to the desire of going back to life (in most aspects) prior to the Pandemic. We aren’t sure how Kel was able to foresee the desire to ‘send us back before the blight’ that later became the year 2020, but we are definitely paying attention to her warnings moving forward!

“The video depicts an alternate timeline where at one point a decision was made by man that sent us spiraling down our current experience. The video portrays this with the red contrast being the moment that decision was made and the destruction that has ensued based on man’s impact (represented by footage from a rail car of the 1906 earthquake that toppled San Francisco).

“Kel is seen trapped between the timelines as man compounds his efforts and sends us plummeting further down this forsaken path, corrupting the hearts and minds of humankind. Kel later appears as a glitch in the timeline and at one point corrupts the systems of man to reverse his efforts and hopefully send us back.

“There is a literal depiction of a woman undoing the work of man as the timeline shifts from the red contrast to its normal state. But have we gone too far?”

Watch “Before the Blight”:

Find the track on DSPs (Spotify, Apple, Deezer…) AT THIS LOCATION. 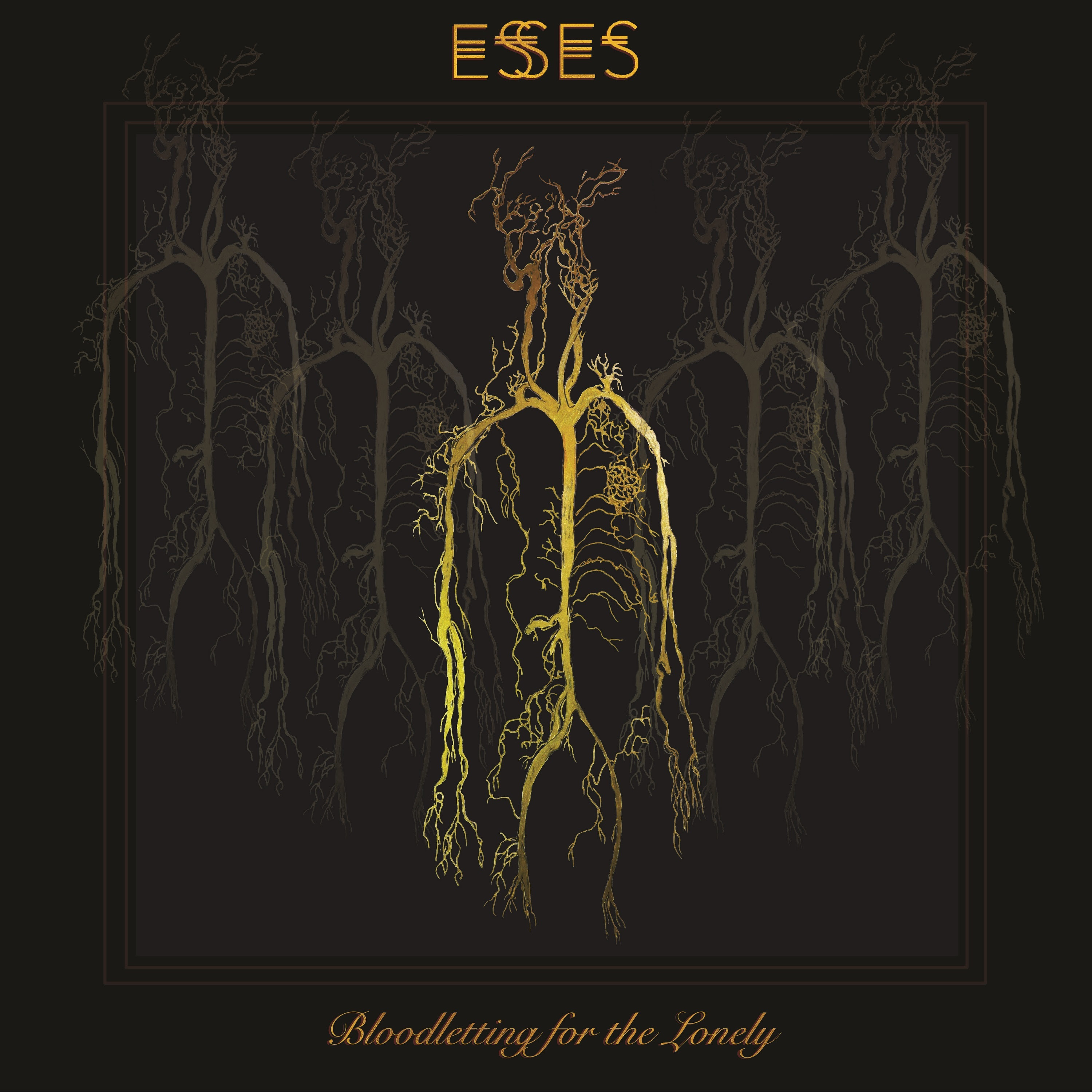 Formed in 2014, ESSES has gradually become one of the pillars in the thriving Oakland and San Francisco underground. Encompassing elements of deathrock and dark post-punk shrouded under a veil of forbidding doom, Esses captures an atmosphere that is intimate and intense at the same time. The Oakland five-piece — featuring current and former members of Altar de Fey, Black Ice, The Phantom Limbs, Red Voice Choir, and The Holy Kiss — carry through transcendently dark live performances with surreal and sublime vitalities. ESSES has played Poland’s notorious Return to the Batcave Festival in 2019, Oakland’s own Near Dark Festival in 2016 and 2019, and a slew of shows across the US.

A follow-up to the 2018’s EP, Offering, the upcoming album, Bloodletting for the Lonely, centers around the topics of mental health, memory, and trauma, roaming over the events that are internalized into an unconscious space like a lucid dream and the world around which we cannot escape. The record interprets the psychology of moving through this comatose space as two separate beings inhabiting the same body and archetypal imagery. Emerging with “The Source” and culminating in “Schism,” the record progresses with a continuous storytelling approach throughout the nine meticulously ordered numbers.

On Bloodletting for the Lonely, ESSES instigates a rivetingly high-powered yet spectacularly emotional outing. Gloomier and heavier than ever, the group extracts out their otherworldly reverb-drenched energies with bone-rattling drums, haunting melodies, and stoic basslines. Together with the bewitching songwriting, the piercing yet evocative vocals of Miss Kel help the tracks conceiving their destined mental image.

Join ESSES on Bloodletting for the Lonely trip and embrace the darkness together.

– Others –
Recorded and mixed by Skot B at Kempton House Studios, Oakland, CA.
Mastered by George Horn at Fantasy Studios, Berkeley, CA.
Artwork and design by Kelly Correll.
Photography by Kevin Brown.