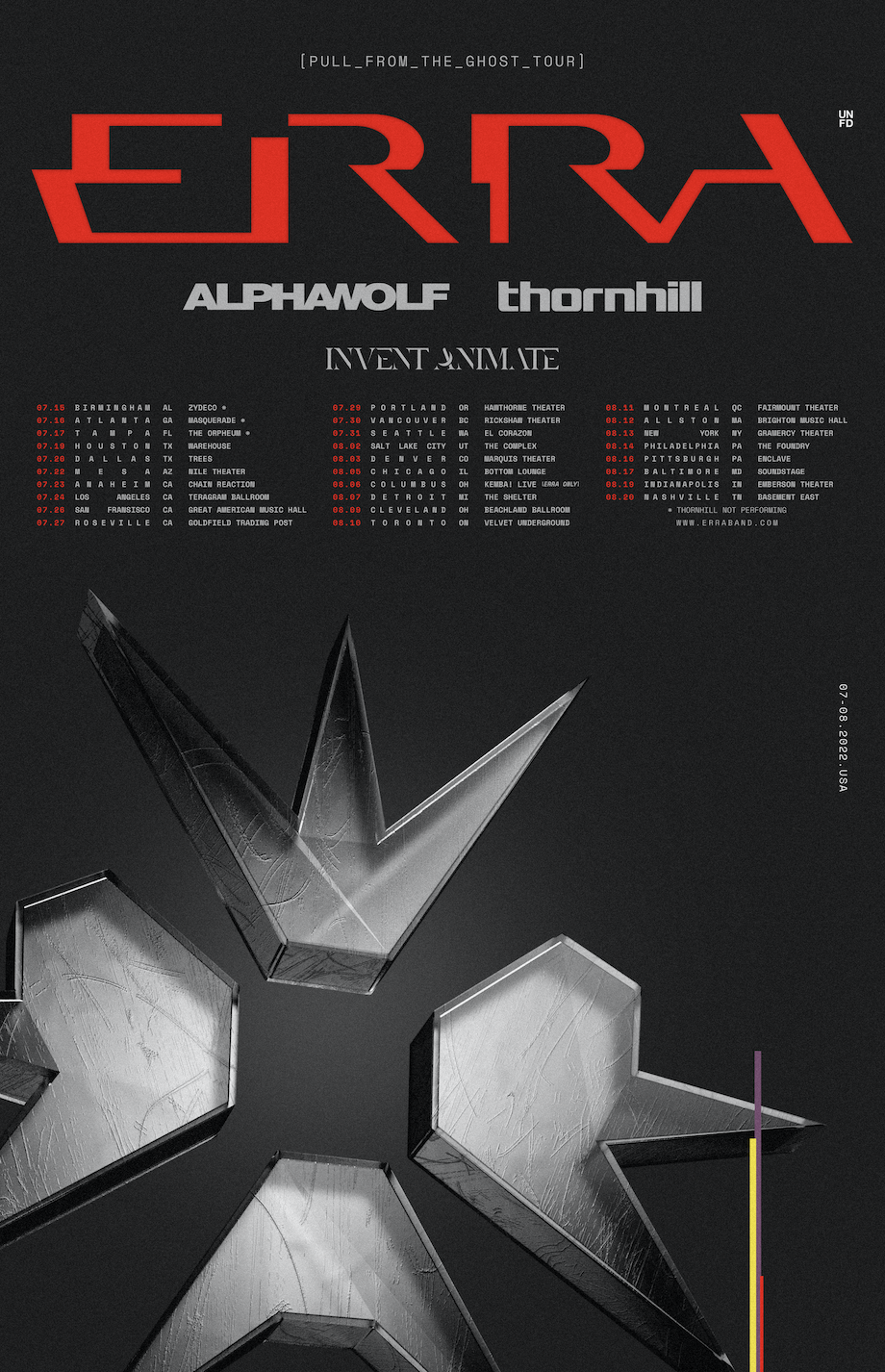 DELUXE EDITION OF S/T OUT NOW VIA UNFD

Prolific metalcore progressives ERRA, who just wrapped up a successful spring stint with Beartooth, have announced their summer 2022 headline tour. The “PULL FROM THE GHOST” tour kicks off on July 15 in Birmingham, Alabama and runs through August 20 in Nashville. Alpha Wolf, Thornhill, and Invent Animate will also appear. All dates are below. Tickets go on sale on Friday, May 13 at 10am ET. Get tickets here and here.

“This tour will go down in history as the greatest tour that has ever happened since the last tour you attended,” says Jesse Cash.

JT Cavey shares his bandmate’s enthusiasm, saying, “We’ll be excited to run this with our pals in Invent Animate and to finally experience the highly regarded Australian riff lords in Thornhill and Alpha Wolf.”

Back in March, ERRA dropped the deluxe version of their latest album S/T via UNFD. The album is available here. The expanded edition of S/T was beefed up with seven additional tracks, including a feature from Spiritbox’s Courtney LaPlante, along with three covers. The material on the deluxe was widely praised by Loudwire, Rock Sound, Knotfest, Riff, and more. ERRA also released a mini-documentary, which was filmed in January 2021 when the band was recording the new songs. It offers a deeper insight into their process and the artistic choices they made regarding the additional material and cover songs on the deluxe edition. Watch it here.

LISTEN TO ERRA:
“Nigh To Silence”
“Stockholm Syndrome“