ENGINE KID LAUNCH COLOUR VINYL VERSION OF EVERYTHING LEFT INSIDE

ENGINE KID LAUNCH COLOUR VINYL VERSION OF EVERYTHING LEFT INSIDE

The Everything Left Inside box set includes other unreleased/unheard recordings as well as hard to find/sought after albums including the “Novocaine/Astronaut” 12”, Bear Catching Fish 2xLP, Angel Wings 2xLP and Split w/ Iceburn / Everything Left Inside 12” – all remastered and with an extensive 12-page booklet.

Pre-order the Everything Left Inside box set:

Watch (+ share) the unboxing video for Engine Kid’s Everything Left Inside – colour edition below and revisit the album’s teaser video here.

Almost 30 years since their inception, Engine Kid have reunited to write and record new music—  details are forthcoming as the group finds themselves comprehending the enormity of their creation, honouring and celebrating the mountains they formed and the canyons they created.  The trio recently sat down with Tony Rettman for an episode of his Where It Went podcast; listen to that episode here for a deep conversation and to learn about all things Engine Kid.

Engine Kid was born in Seattle, WA in 1991.  The band’s original lineup consisted of guitarist/vocalist Greg Anderson (Southern Lord, Sunn O))), Thorr’s Hammer, Goatsnake), drummer Chris Vandebrooke & bassist Art Behrman.  The three had all been in hardcore/punk bands around town and all had a burning desire to create a sound that was unlike anything they had done in the past.   After just a few months of existence they quickly recorded and self-released the Novocaine 7”.  Circa 92’ a close friend and bassist Brian Kraft (Krafty) replaced Behrman, and at that moment the entire aesthetic and execution of sound became heavier, darker and extremely dynamic.  The power trio was picked up by local label C/Z records and set out upon recording the new music they were quickly creating. In 1993 the band had two releases on C/Z.  Their first offering was the Astronaut five song EP recorded by John Goodmanson.  The songs were primitive and exemplified the bands worship of Slint and their loud/quiet song dynamic  In the summer of 93’ the band drove all the way to Chicago to record with their hero Steve Albini in the basement of his house. They emerged with the eight song album they called: Bear Catching Fish.  Albini intuitively captured the band exactly as they were at that moment: RAW, VULNERABLE, & MAMMOTH.

Shortly after the albums’ release Jade Devitt replaced Vandebrooke on drums. This transition was extremely crucial in the “second phase” of the group. Devitt was an absolute beast and his power helped launch the band miles beyond where they had ever been before.  The sound of “The Kid” started to transform into a sound much more of their own.  The three dudes were hellbent on pushing the bounds of sonic exploration to its absolute fullest.  Suddenly there was an abundance of depth within the sounds they were creating. Eclectic influences of punk/hardcore (Black Flag, Die Kreuzen), Metal (Entombed, Carcass)  and even jazz (Mahavishnu Orchestra, Miles Davis electric era) were in a full collision course with the already dynamically heavy foundation of the band.  The levee had broken and the resulting flood of sound completely saturated everything in its path.

Engine Kid toured relentlessly.  They were constantly on the road playing every nook and cranny they possibly could.  Any moment not spent on the road was instead spent focused on making their new material as potent as possible. Early in 94′ the band decided to pay homage to their mutual love of jazz/fusion and recorded three instrumental pieces that would become a split album with like minded powerhouse Iceburn. The Engine Kid/Iceburn album showcased each group’s love of jazz loosely framed by the intense enthusiasm of underground music.  The album was released by Revelation records in 1994.

During the summer of 94’ the band reconvened with producer John Goodmanson at Bad Animals & AVAST! studios to record the new material that was literally bleeding out of the reinvigorated trio.  These recorded songs were much more progressive, heavier, harder and more focused than past works.  They even tackled John Coltranes’ “OLE” adding saxophone and trumpet from their brothers in Silkworm.  In March of 1995 Revelation records released these recordings as the Angel Wings album.  Unfortunately “the Kid” flew too close to the sun and broke up very shortly after the album’s release. 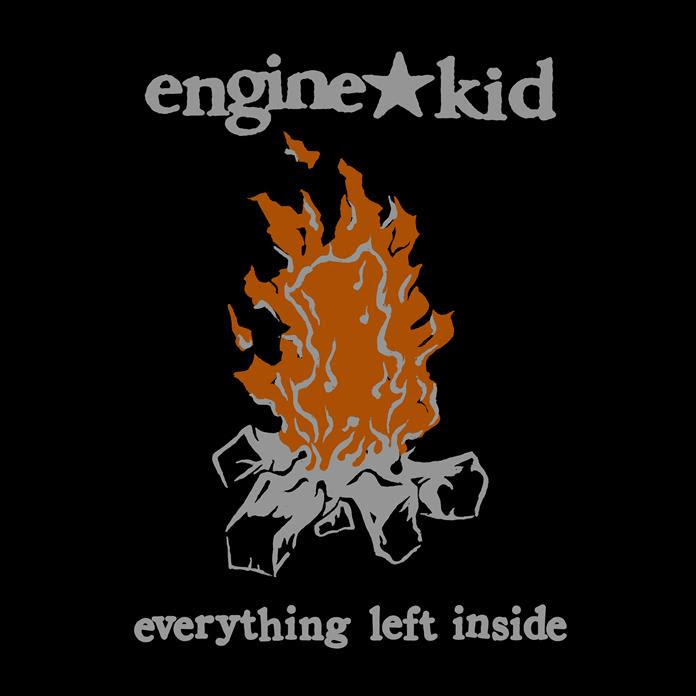