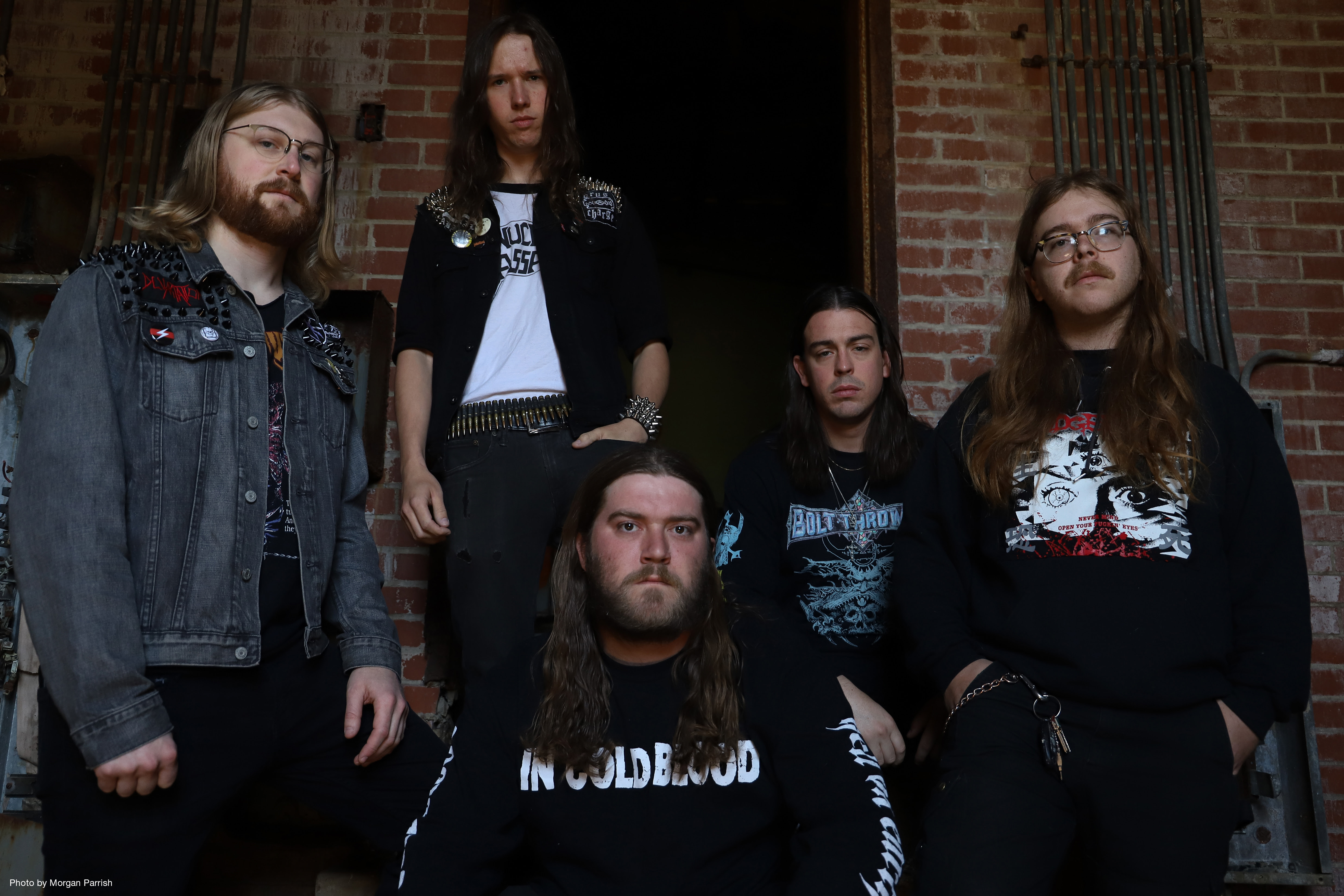 Virginia-based crossover maniacs ENFORCED open their Century Media account with their blistering new album, “Kill Grid”. Informed by an incredible cross-section of extremes—from thrash and punk to death metal and hardcore—the emergent outfit drops a nine-song cluster-bomb of thrashing death on apathetic times. After already releasing “Hemorrhage” and “Malignance” the band is presenting a visualizer video for another banger, “Curtain Fire”: https://youtu.be/iZuAPqj90cc

“Also known as ‘the creeping barrage,’ curtain fire is an artillery tactic used in tandem with advancing ground troops”, singer Knox Colby explains. “It’s meant to soften up defences or wipe them out completely. The lyrical narrative is on the defending end of curtain fire; ruminations on the death of soldiers, their grieving families, and how they’ll eventually be forgotten through time (a folded flag in a garage). The last few lines flip to the perspective of the attacker. With a very apathetic and unsympathetic attitude towards all the damage created, paving a parking lot over the conflict.” Guitarist Will Wagstaff on the music: “This song came together from the supernova of many other riffs/versions of the song. It was originally an up-tempo fast metal beat type of song. We kind of scraped that when we came up with the intro and realized it could be a really catchy song. Knox’s lyrics work perfectly with this song and make it extremely catchy along with the head-bashing and solos.”

First preorders are already up for you “Kill Grid” which is scheduled for a release on March 12th, 2021: https://enforced.lnk.to/KillGridID

The following formats are available: 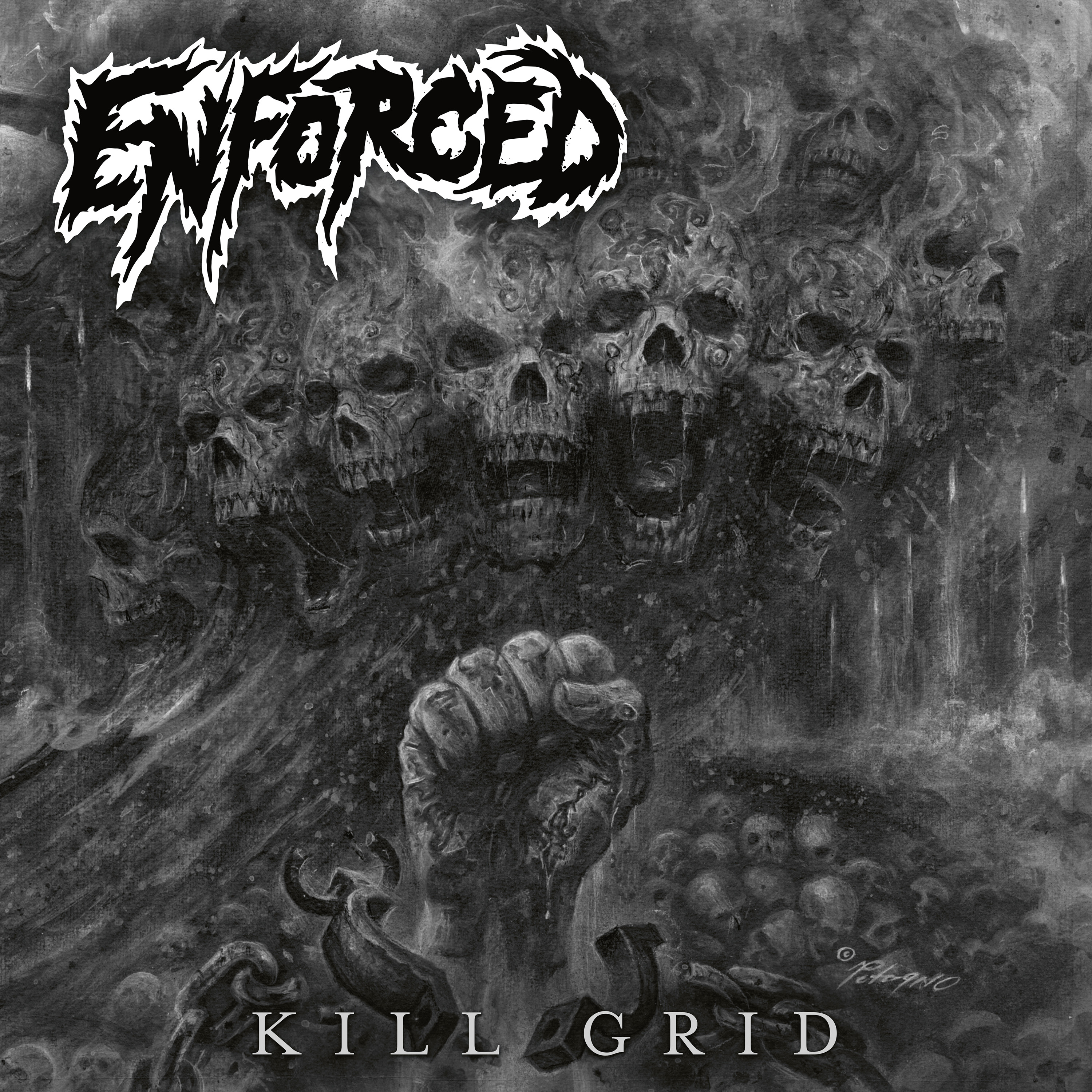 “Kill Grid” came together over a two-year period while ENFORCED were marauding halls and dive bars across the East Coast and Canada. Indeed, inspiration came from different directions, but playing live with bands like Sacred Reich, Red Death, Iron Reagan, All Out War, and Integrity shaped what was to come out of the Richmonders. While it was the previous output that attracted the attention of Century Media, it’s “Kill Grid”, that’s going to put ENFORCED on top-lists of circle pit lunatics around the globe. To track their sophomore full-length, ENFORCED enlisted long-time friend and studio maven Bob Quirk (Iron Reagan) to engineer, as well as Philadelphia-based studio whiz Arthur Rizk (Power Trip, Cavalera Conspiracy, Pissed Jeans, Eternal Champion, Ghostemane, Code Orange) to mix and master.

Formed in Richmond in 2017 out of shreds of disbanded hardcore and punk bands, ENFORCED quickly found their calling between the undying support of regional punk/hardcore scenes and their respective record collections. Whether it’s Sacred Reich and Integrity or Bolt Thrower and Amebix, “Pure Crossover Death,” as ENFORCED call their devastating din, devastatingly speared its way through two demos (“Demo 2017” and “Retaliation”) and their no-holds-barred debut, “At the Walls”.

Make sure to check out the raw and positive energy of an ENFORCED live show by viewing the video clip for “Malignance”: https://youtu.be/qRbJSmKjgww

Watch the striking artwork from Joe Petagno (Motörhead, Vitriol) of “Kill Grid” come to life in the visualizer video for “Hemorrhage”: https://youtu.be/cLh5Cyy-KAY