The fourth studio album from Emigrate – the creative project from Richard Zven Kruspe (Rammstein Guitarist) – ‘The Persistence of Memory’ is a no-holds-barred album filled with ideas gathered over the past twenty years.

A swooping angel of the night, ‘Rage’ brings with it raw, blunt, truthful lyrics and deep Gothic vocals over the synth.  We’re talking extreme-baritone when it comes to the captivating cover of the Elvis classic ‘Always On My Mind.’  This is unapologetic music with an amusingly delightful Gothic edge.  The deadpan utterance of “I’m so happy that you’re mine” is particularly perfect.  Another great point in the song is the casual “um huh, yeah, right” female voice-clip of disbelief that is inserted seamlessly into the rhythm of the song. Emigrate drags the Elvis classic into the present day but to a much shadier place than it has perhaps ever ventured before.

With its prominent bass line and staccato verses, ‘Freeze My Mind’ is a  highly danceable shockwave of a tune with that full-on Industrial guitar sound that RZK does so very well.  ‘Come Over’ blends very electronic vocals with a Pop beat but it still retains a Dark-Wave undercurrent.  The goosebump-inducing echoey chorus and pleading nature of this song would lure (and thaw) all but the very coldest of hearts.  Whilst ‘You Can’t Run Away’ is perhaps best described as a darkly sinister love song.  This is in no way meant as an insult, in fact, the edgy tune has many elements that would make a spectacular James Bond-style theme song.

There’s more of that great Industrial riffage with ‘Hypothetical’ though it may feel you’re being dragged inside a dungeon, where who knows what’ll happen?  There’s an excellent drum roll as this song builds to a climax. The final track ‘I Will Let You Go’ is far from a feeling of release, everything about this song screams macabre; the sustained notes, the cautionary lyrics “Don’t get inside of my head” and  “What’s mine is mine, I won’t let you go” have a chilling confessional tone to them.

This is an album of bold, catchy, melodic music.  The nine, deep, brooding songs will drag you in, hold you down, push you out and shake you up like some kind of Electro-Rock hokey-cokey!

The Persistence Of Memory 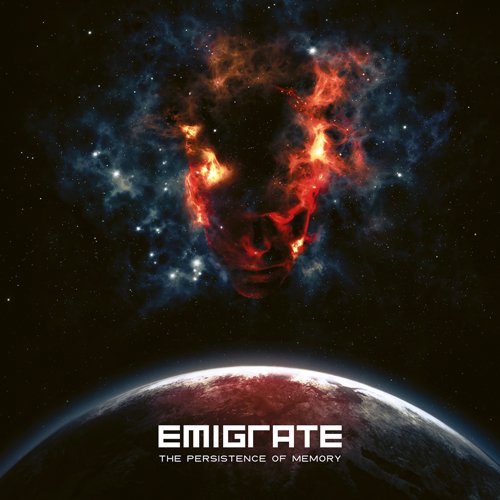