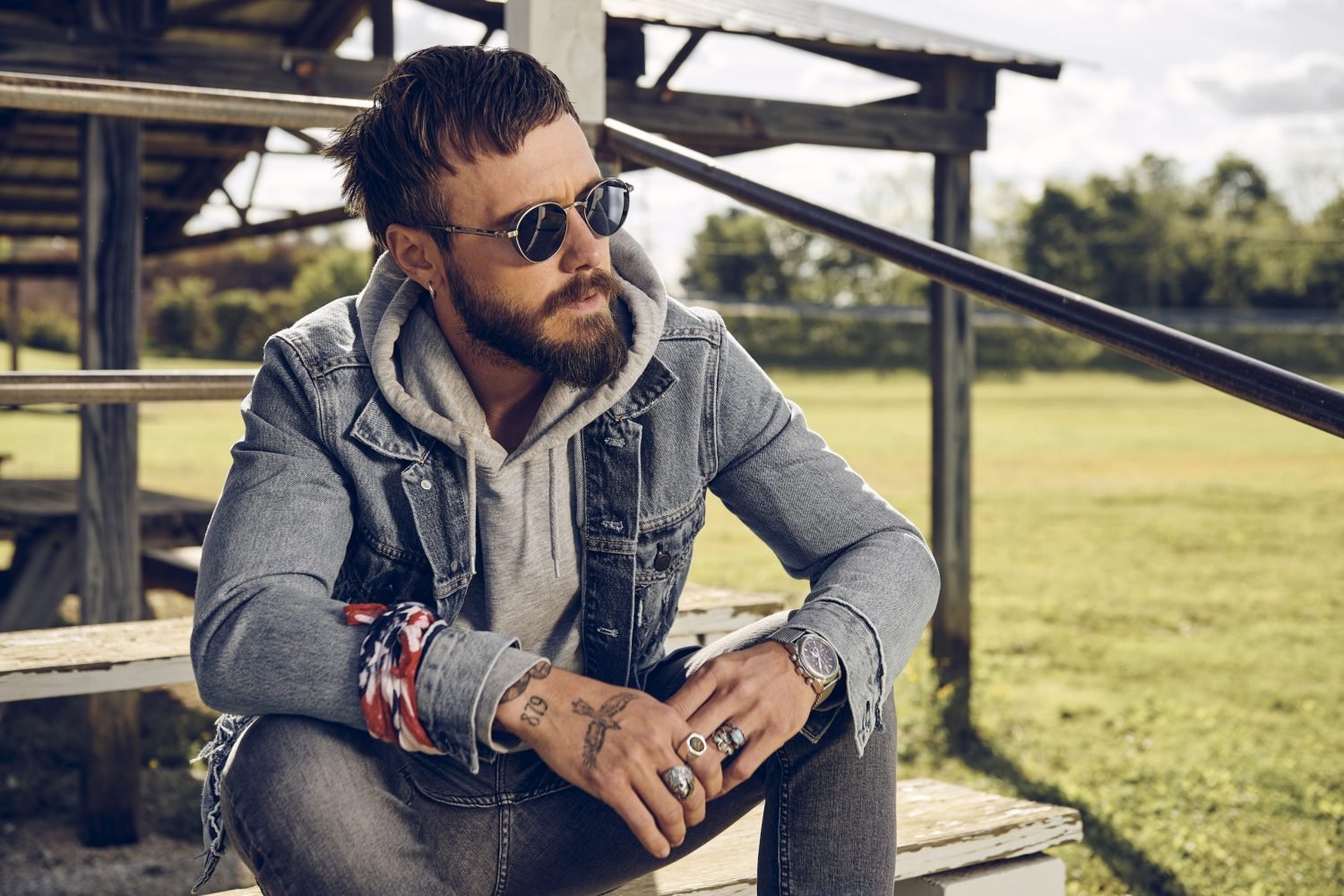 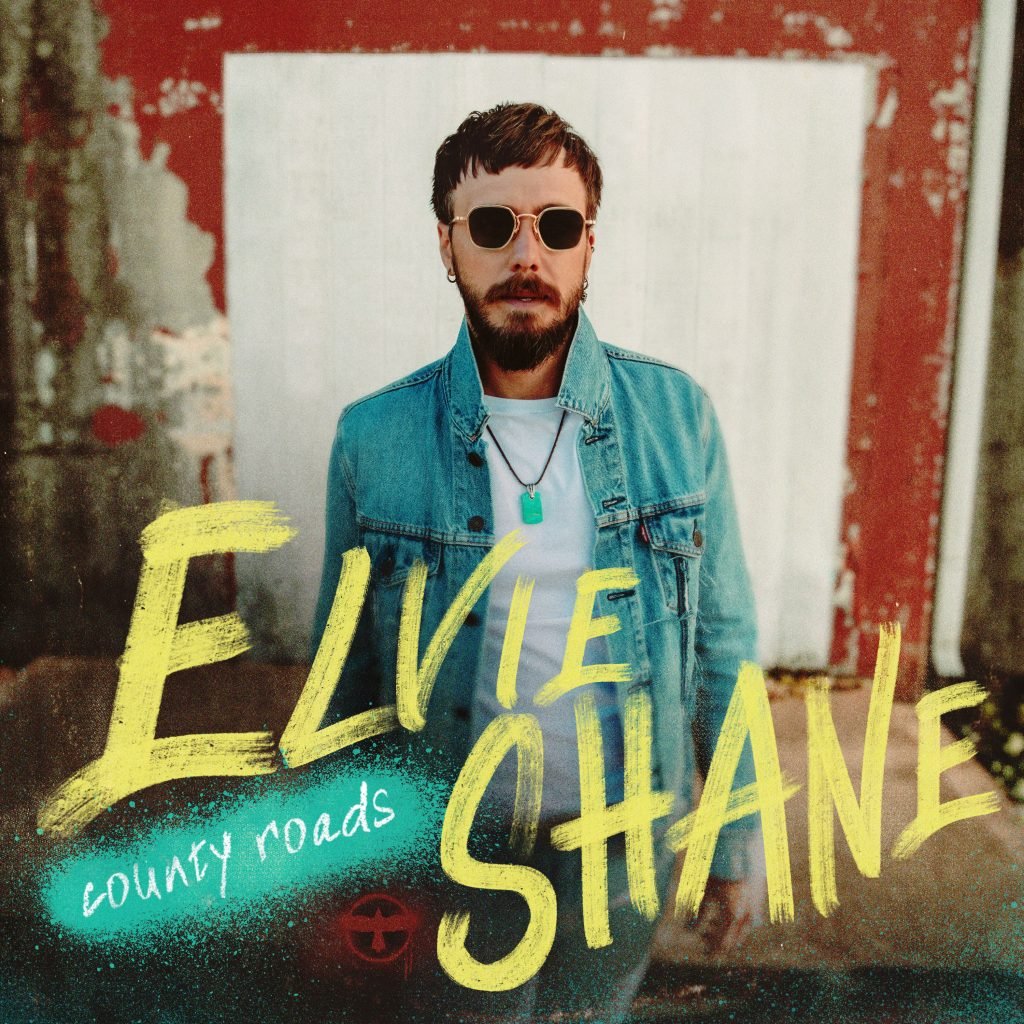 Credit: Jason Myers
NASHVILLE, TN. / LONDON, UK. —(For Immediate Release) — BBR Music Group/Wheelhouse Records artist, Elvie Shane announces his debut EP, County Roads will be released on April 23rd. Named as one of Pandora’s “Country Artists to Watch 2021” with just one single released, the “My Boy” singer has added a second song to his catalog, surprising fans with the title track of his six-song project and introduces listeners to signature Elvie Shane. Listen to “County Roads” and pre-save/pre-add the EP HERE.
Thus far, the world has only gotten to know Elvie Shane’s tender side through his debut (US Country Radio Top 30) single, “My Boy” but across County Roads, the muscle car-loving Kentuckian reveals his full vibrance. Having co-written each track, Elvie shares his high-energy, larger-than-life personality by drawing upon his own blue-collar existence as the son of a truck driver, resulting in an honest portrait of life in small town America. The at times nostalgic EP combines picture-based lyrics, grit, classic rock electric guitar, soulful vocals to make for a colourful and proper introduction to Elvie.
“The response to ‘My Boy’ has been incredible and I’m glad y’all got to see my sweet side but I want y’all to get to know all of me—from the roughest edges to the smoothest surfaces and this EP tells folks where I came from, what made me who I am and why I am the way I am,” said Elvie Shane “I’m a product of small town America and County Roads is the raw, honest truth about my life.”
“My Boy” is a tender ballad which describes his unconditional love for his stepson, and was the catalyst for Elvie’s career as an artist. A video of the song went viral in 2018, catching the attention of many, earning him a publishing deal and eventually his record deal with BBR Music Group/BMG Nashville. Released in 2020, the song has gone viral once again as tear-jerking videos of children playing the song for their stepparents began trending on TikTok, catapulting the song to the No. 1 spot on the platform. Now with more than 26 million on-demand streams in the US alone, the family-inspired single has become an anthem of love to blended and unconventional families, leading Elvie to release a reimagined sister version of the single to meet fan demand.
In contrast to the sentimental single, Elvie unleashes his wild spirit with the release of “County Roads.” The rollicking ode to his upbringing was selected as the EP’s title track because it embodies the energy and sound of Elvie, through country storytelling and elements from some of his biggest influences (Steve Earle, John Fogerty and Roger Miller). Wanting to honour his roots in the song and in real life, Elvie enlisted the choir from his high school to contribute backing vocals on the song and filmed the visualiser in his home state – watch here.
For more information, please visit his Facebook, Instagram or Twitter.
Track Listing:
1.     “County Roads” – (Elvie Shane, Dan Couch, Oscar Charles,)
2.     “Keep On Strummin’” – (Elvie Shane, Dan Couch, Oscar Charles, Clinton Payton)
3.     Sundays In The South” – (Elvie Shane, Derrick Southerland, Albert E. Brumley)
4.     “My Boy” – (Elvie Shane, Russell Sutton, Nick Columbia, Lee Starr)
5.     “Sundress” – (Elvie Shane, Doug Johnson, Adam Wood)
6.     “My Mississippi” – (Elvie Shane, Jakob Miller)
Producer: Oscar Charles
ABOUT ELVIE SHANE:
The Gospel-born and Southern Rock-bred Elvie Shane seamlessly fuses Country with Soul to create a sound that has graced hundreds of dives, jukes and festivals across the States. Born on a Sunday in the quiet town of Leitchfield, KY, it wasn’t but a week later when he was first introduced to music and the magic that it holds. Tucked firmly in his mother’s arms alongside a hymnal at the small-town Baptist church, Elvie would go on to spend many hours immersed in gospel before returning home. Greeting him in the driveway each Sunday afternoon were the sounds of Creedence Clearwater Revival, Steve Earle and The Temptations pouring out of the speakers of some old Ford his father would be tucked under, fixing up.
Quickly drawn to the Rock n’ Roll sounds, it wasn’t until a Baptist Revival that his love of Gospel and Rock would collide—if was there that a young man who recently lost his lead singer heard Elvie sing and immediately invited him to play with his Rock band. Within six days, Elvie learned nearly a dozen new songs and performed his first show and fell in love with the stage. It was with this band that Elvie began songwriting—a talent that he has carried with him for many years. His songwriting ability caught the attention of fans as his debut single, “My Boy,” written about his stepson went viral on the internet in 2018 and again in 2021, having reached the No. 1 spot on the  TikTok Country as it climbs through the Top 30 on Country radio. His debut EP, County Roads is slated to be released April 23. His picture-based lyrics and knack for storytelling lead to his signing with United Talent Agency and has since opened for Toby Keith, Billy Currington, Brothers Osborne, Cole Swindell, Brett Young, Walker Hayes, and Lady A, to name a few.