Electric Mob is the latest up-and-coming hard rock sensation signed to Frontiers Music srl. A mixture
of powerful vocals, mean guitar riffs and a heavy groove with influences from the 70’s, 80’s and 90’s,
the band ensures that Brazil remains firmly on the rock ‘n’ roll map!
Formed in the southern Brazilian city of Curitiba, Electric Mob is comprised of four young, hungry and
extremely talented musicians with the requisite rock ’n’ roll attitude to deliver their explosive
performances. The band attracted the attention of Frontiers with their tremendous hard rock songs
that display the influence of contemporary hard rock giants while also showing a knowledge of the
hard rock pillars of the 70’s and 80’s. Like a sonic punch to the face, their songs have a heavy sound
with a distinct groove. Think Aerosmith and Guns N’ Roses mixed with Audioslave plus a bluesy touch
on top and you come somewhere close to the sound of Electric Mob.
The band themselves state that “there isn’t anything like being able to contribute to the world of hard
rock music and we are sure that we couldn’t be in a better place to do it than here with Frontiers.
Doing what you love most is the greatest feeling ever and when heavy, mean and dirty rock ’n’ roll
is what you love, well…that’s the dream! We are really looking forward to releasing our debut album.
All you rockers out there can expect something like a flying dropkick with both feet right in your chest!
And for those who don’t know us yet, watch out, because we are coming!”
Vocalist Renan Zonta is already no stranger to rock fans in Brazil, having been one of the most
popular participants of all-time on the TV show The Voice Brazil with more than 3 million accumulated
views on YouTube for various video clips. His ability is simply stunning and this album is sure to see
him compared to and acclaimed alongside new vocal giants (and labelmates) like Dino Jelusick of
Animal Drive, Nathan James of Inglorious and Ronnie Romero of The Ferrymen.
Electric Mob is one of rock music’s most exciting and promising newcomers in years and Frontiers
could not be prouder to be unleashing their debut album on an as yet unsuspecting public!
DISCHARGE
TRACKLISTING
1  Awaken
2  Devil You Know
3  King’s Ale
4  Got Me Runnin’
5  Far Off
6  Your Ghost
7  Gypsy Touch
8  123 Burn
9  Upside Down
10  Higher Than Your Heels
11  Brand New Rope
12  We Are Wrong 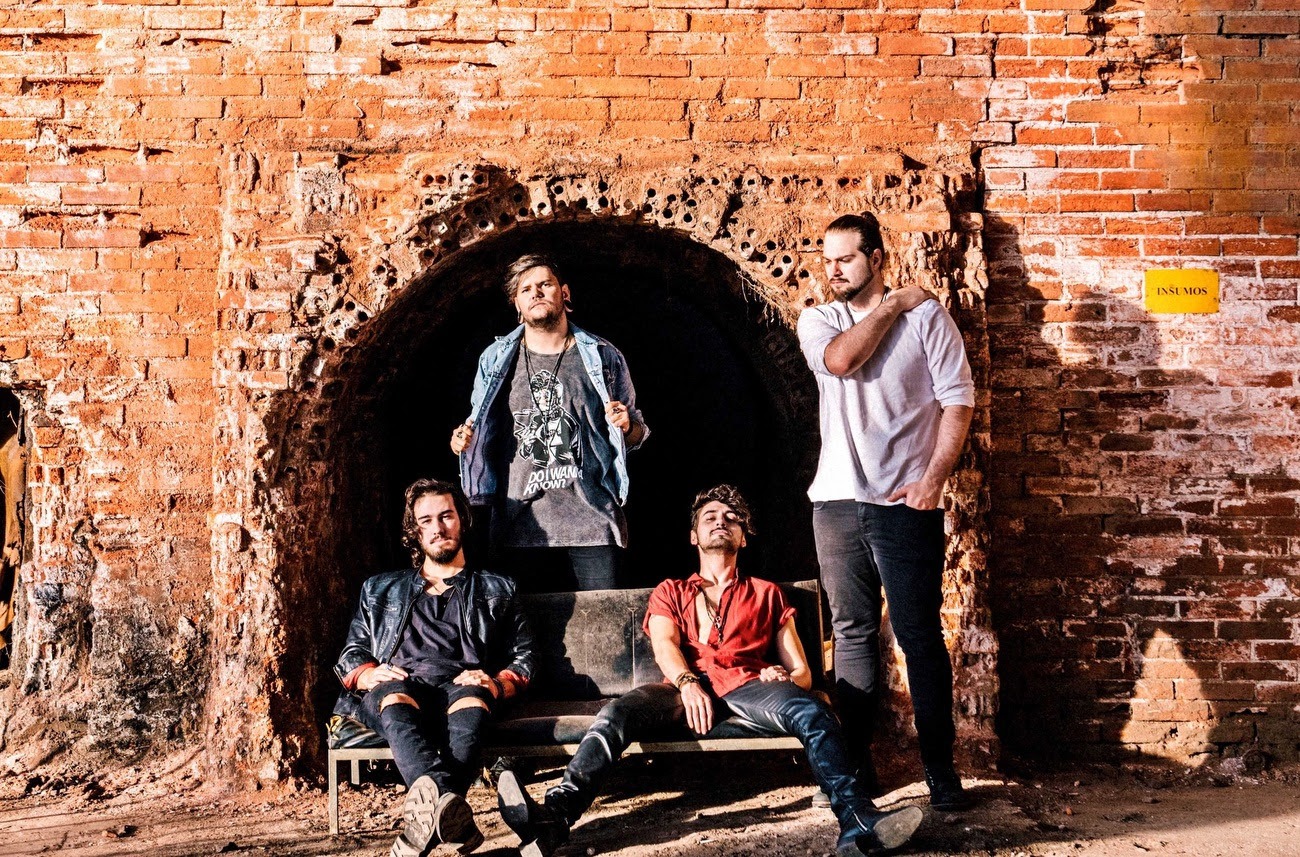 ELECTRIC MOB
Renan Zonta – vocals
Ben Hur Auwarter – guitar
Yuri Elero – bass
André Leister – drums
electricmob.com.br
facebook.com/electricmob
instagram.com/electricmobofficial
ABOUT FRONTIERS MUSIC SRL
Originally founded in Naples, Italy in 1996 by Serafino Perugino and his father Fernando as a
distribution company, Frontiers has developed into one of the premiere independent rock labels in the
world. Synonymous with quality music from across a broad spectrum of rock genres, the company has
worked with multiple genre heavyweights and fan favourites. Aside from providing a home for classic
artists from the 1970’s/80’s, it also boasts a wealth of young, up and coming talent that, with a savvy
and forward thinking A&R and marketing approach, will be developed into the future of rock and metal.
With a deep commitment to and passion for THE MUSIC and the artists who create it, plus massive
global distribution, sales, marketing and publicity channels, Frontiers is the premiere home for both
established and emerging rock artists.
Head Office: Naples, IT | U.S. Office: Nashville, TN
Subscribe to be alerted when new videos are added:
radi.al/SubscribeFrontiers
Follow the ‘Newest From Frontiers’ playlist on Spotify:
spoti.fi/1rQz5Zm