The track is part of The Dance Between Extremes,
the band’s second studio album 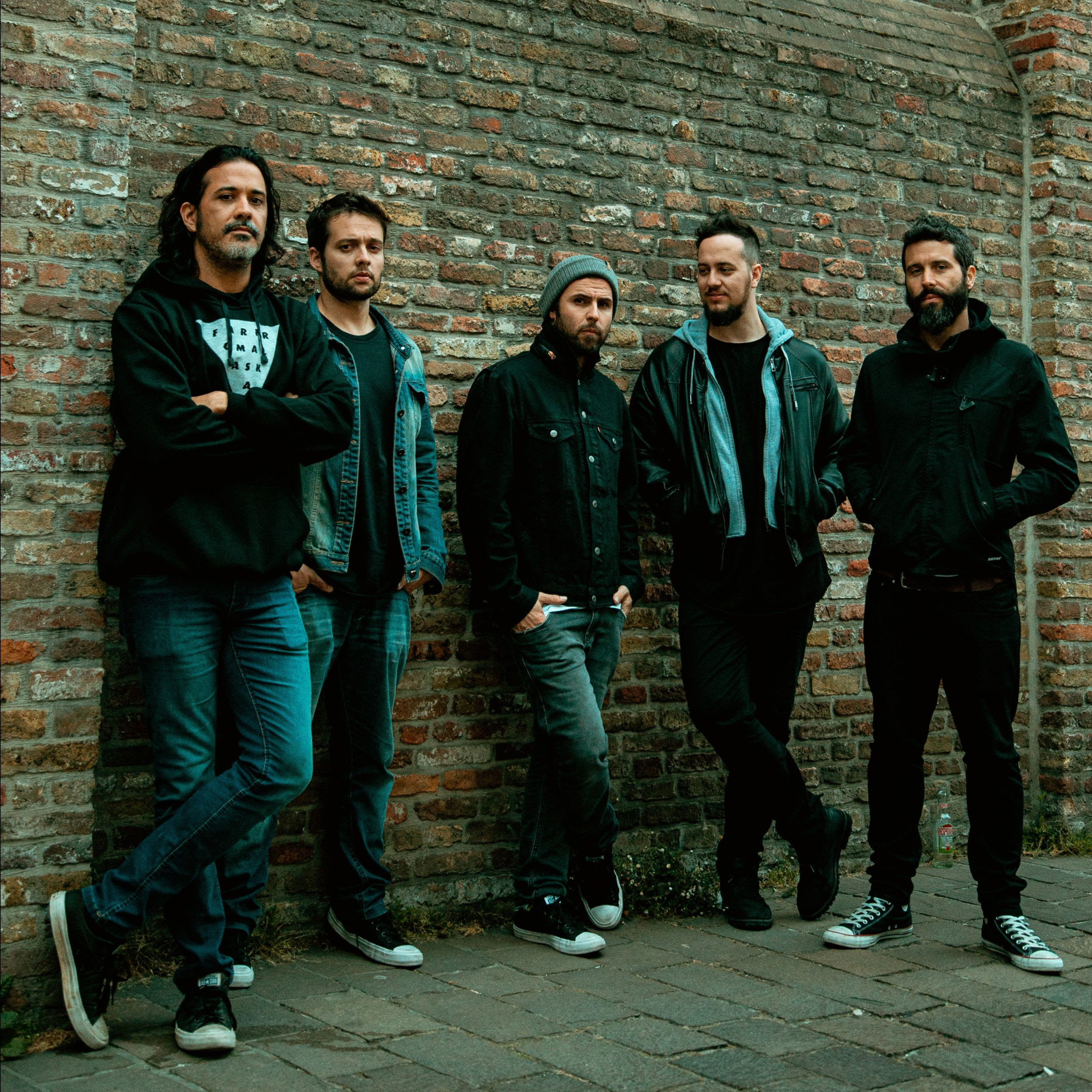 “Hey life, I survived you”. This verse, loaded with resilience, a very welcomed felling in such a dark period in the world’s history, is the one that introduces the lyrics for “Deliverance” – the track is on Ego Kill Talent‘s second album, “The Dance Between Extremes“, released in March this year. Expanding the universe of the characters the group created to translate the narrative of the lyrics into videos, the band releases a second music video for the track and blends fiction with reality, since this time the protagonist meets with the band in the story. The production features the singer Dinho Ouro Preto on the cast, from Capital Inicial, a classic and extremely popular Brazilian rock band.

“This was one of the first songs we ever wrote for this record. I was at Jean’s apartment, he played me the guitar riff and on the very first ideas for melodies I sang the first verse and it set the direction for the rest of the lyrics”, says Jonathan Dörr (vocals), who integrates Ego Kill Talent with Theo van der Loo (guitar, bass), Jean Dolabella (drums, guitar), Raphael Miranda (drums, bass, guitar) and Niper Boaventura (guitar, bass). “It has more of a dark mood sound, which I think is awesome. We chose this song because it has a lot of guitars and for its melody and catchy chorus”, says the singer, responsible for the song’s autobiographic feel. “Dinho Ouro Preto is a very relevant symbol of Brazilian Rock and it’s an honour for us to have him on our video. He has a great vibe and it’s cool to see Rock n’ Roll coming together”, Theo says about the visual production.

With shows booked in South America – where they would tour with Metallica and Greta Van Fleet -, and Europe – where they would play at the biggest summer festivals and tour with System of a Down -, EKT had to adapt to the pandemic. The way they found to do so was to slice “The Dance Between the Extremes” into a trilogy. The first part of it was released in June of 2020 and featured the video for “The Call” (watch here), in which the group presented Tommy, the first character, father of Grace, the protagonist that appears on the video for “Deliverance”, played by Eva Under Fire’s singer Amanda Lyberg.

While waiting for a safer moment to continue with their actual plans, the multi-instrumentalist group collects compliments all over the world for their second studio record. Legendary journalist Malcolm Dome – creator of the term “thrash metal” and author of books about bands such as AC/DC, Metallica, Aerosmith and Bon Jovi – stated the album is “magnificent” and makes it “easy to understand why Dave Grohl loves these Brazilians” on his recent review in Metal Hammer.

In addition to the record, the audience can further explore the creative universe of the group through the story of the characters  in the music videos and playlists inspired by each character:
Grace’s playlist https://open.spotify.com/playlist/22x5dHSXLHA3KNJ3RrYDZf?si=FeEZka2MSp2_aVtTcKwOKg
Tommy’s playlist https://open.spotify.com/playlist/7IaxsrPixnNIAhL3wf5kbJ?si=DYb9E9G7TJmH6FPpDVIP4ACredits:
Directed by Fernando Mencocini
Edited by Rafael Fernanz
Cast: Amanda Lyberg and Dinho Ouro Preto
Produced by A Thousand Birds in association with Mirante Creative Studio