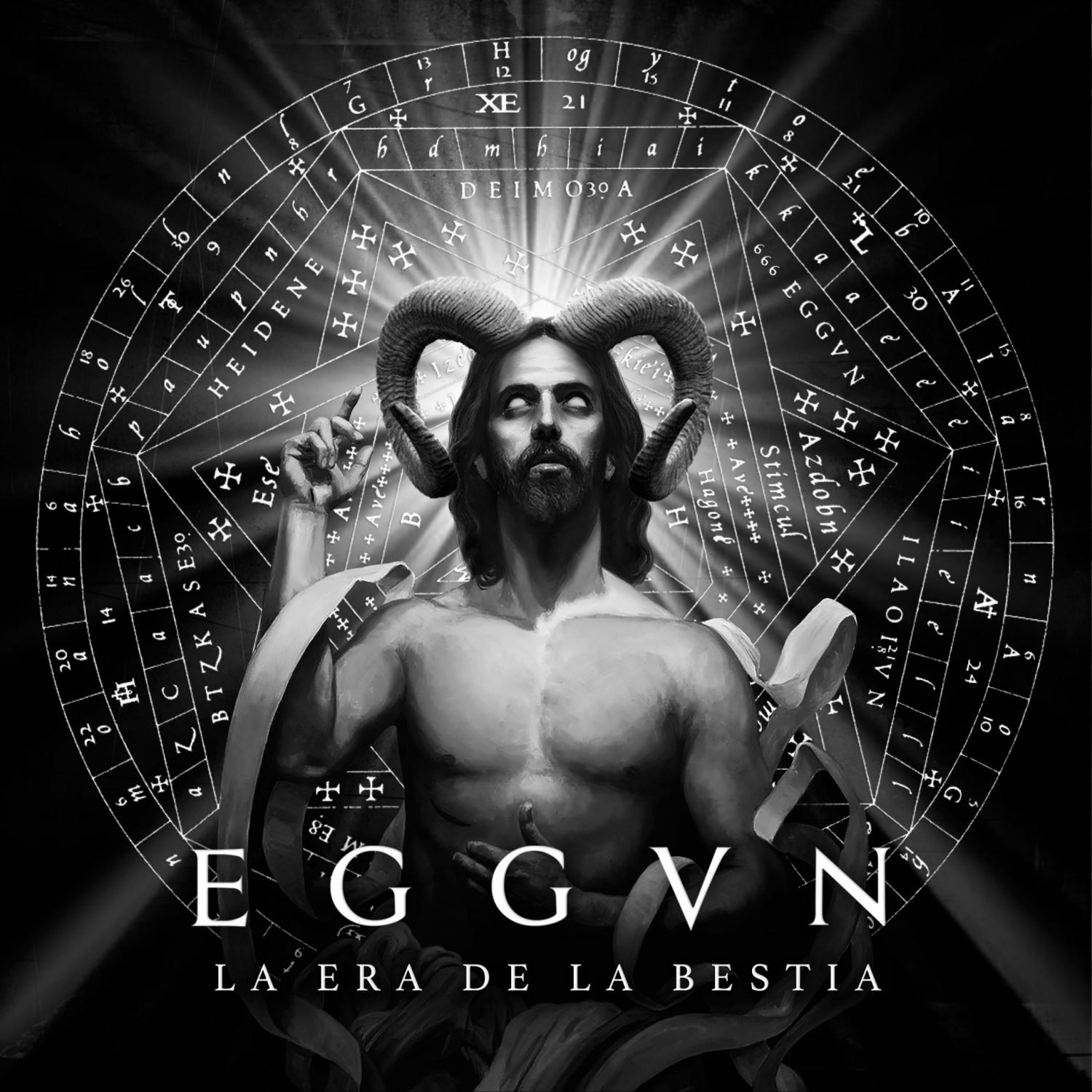 ‘Lvcifer Ex Machina’ is a song inspired by what happens during an invocation ritual, the contact with the dark, the ritual, the elements, and the spiritual level necessary to make contact, explain EGGVN about their latest single, “it is a quite interesting song since it carries an amalgam. Very energetic musical that is completed with the style of voice that was used to give it more strength and aggressiveness, we reached a very distinctive sound and that has made us very satisfied.”

Freshly signed to Out Of Line Music, EGGVN from Mexico introduces ‘La Era de la Bestia’ and proclaim a dark age and show with their mesmerizing sound how fragile it is what we know as “reality”. ‘La Era de la Bestia’ conceptually deals with the obscure celebration of a war ritual, “in which the coming is announced, conquers, submits the enemy, and then the victory is glorified over the conquered land“, explain EGGVN.

The new album from EGGVN ‘La Era de la Bestia’ (out: 14. May) is now available to pre-order on all platforms. Get it here: https://eggvn.lnk.to/LaEradelaBestia

‘La Era de la Bestia’ will decisively define the dark electronic dance floors with EGGVNs satanic, ritualistic hard industrial wave. In 2019, the duo already showed on their WGT debut what power and incredible presence is in them and their music, once let off their chains… Despite all the electronic subtleties, ‘La Era de la Bestia’ has inherent originality that EGGVN carry on like the proud heirs of the Aztecs. Just as they once combined their mystical mathematical knowledge with their animalistic rawness, EGGVN also see it as their task to carry on the “light of knowledge” – as the artists themselves emphasize – like a Lucifer and with fervent brutality. Without copying these great artists, they evoke an ineffable blend of the savage rawness of Combichrist, the infectious beats of Front Line Assembly, and the positive aggression of Hocico. Watch the lyric video for the first single ‘La Era de la Bestia’: https://youtu.be/9TAkcX4Rnzg