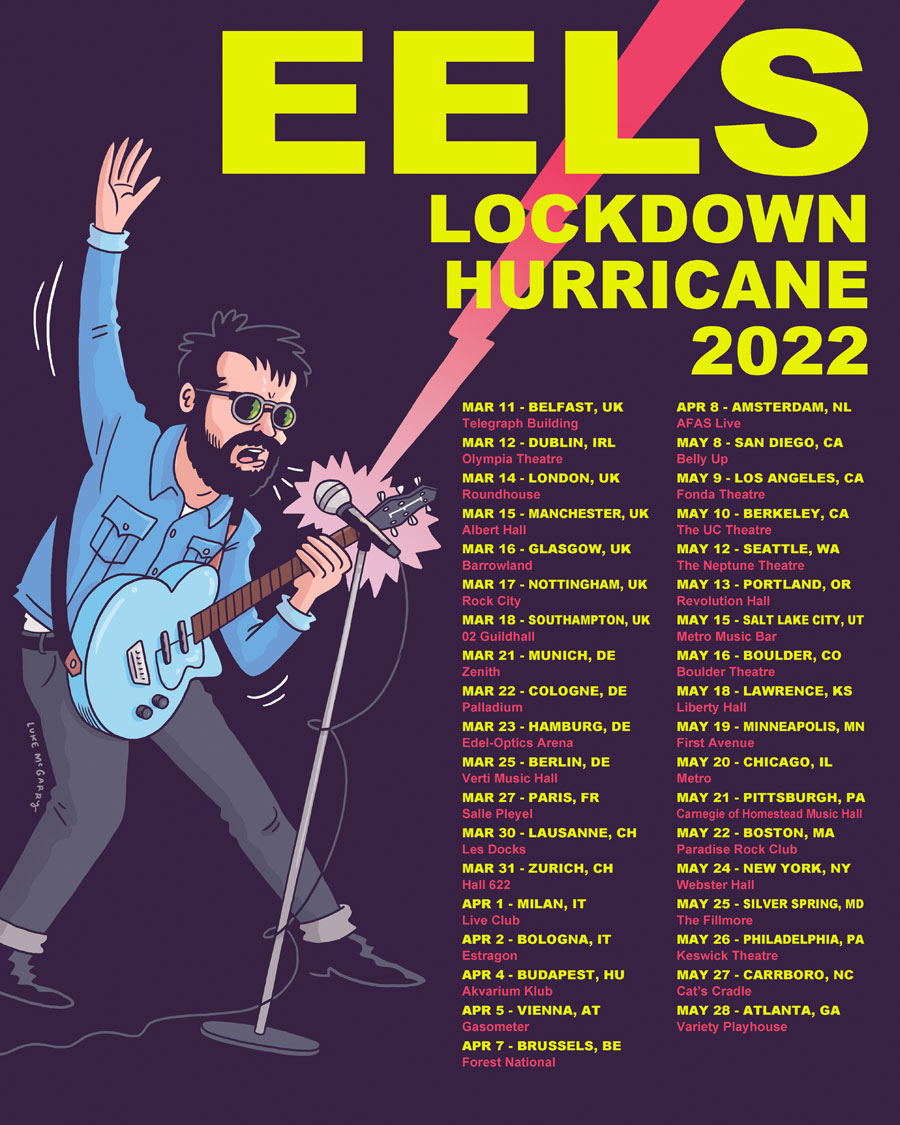 At the time of their critically-lauded ‘Earth To Dora’ album release in October 2020 EELS were unable to tour since they and the rest of the world were in lockdown. But they are finally going to bust out like a swirling hurricane of goodwill and rock. Not necessarily in that order.

“We’ve got a lot of pent-up energy from all the time spent cooped-up and unable to rock. It’s going to be an extra-special treat this time. We always have the greatest time playing live, but this is gonna get crazy. Attendees will want to keep their cameras rolling, because we may explode.”

EELS’ thirteenth studio album, ‘Earth To Dora’, was recorded at the EELS’ Los Feliz, California studio. Produced by E and performed by E, Koool G Murder, The Chet and P-Boo, the album received extensive critical praise, and was described as “their sweetest natured album ever” by The Independent, awarded four stars in MOJO, the NME and The Times, who confirmed, “Everett has matured into a songwriter to stand up alongside his heroes.” Watch a new stop-motion animated music video for the album’s title track here.

EELS have had one of the most consistently acclaimed careers in music. The ever-changing project of principal singer/songwriter E (Mark Oliver Everett), EELS have released 12 studio albums since their 1996 debut, Beautiful Freak. In 2008, E published his highly-acclaimed book Things the Grandchildren Should Know and starred in the award-winning Parallel Worlds, Parallel Lives documentary about the search to understand his quantum physicist father, Hugh Everett III.

2015 saw the release of the band’s extraordinary Royal Albert Hall live album and concert film. In the same year, the band’s “Fresh Blood” served as the theme song to HBO’s “The Jinx” and from 2016 to 2018 E appeared in Judd Apatow’s Netflix original series “Love.” EELS released their 12th studio album, The Deconstruction, in April 2018 and toured America and Europe in 2018 and 2019.

Praise for ‘Earth To Dora’

“[Earth To Dora is] a song cycle that finds hope and love amid despair and desperation .”

“Earth To Dora is stirring and heartfelt, filled with relatable reflections and swooning melodies.”

“songs for the unheralded day-to-day existence sung by someone so adept at doing so that they sound monumental, eloquent and full…★★★★” 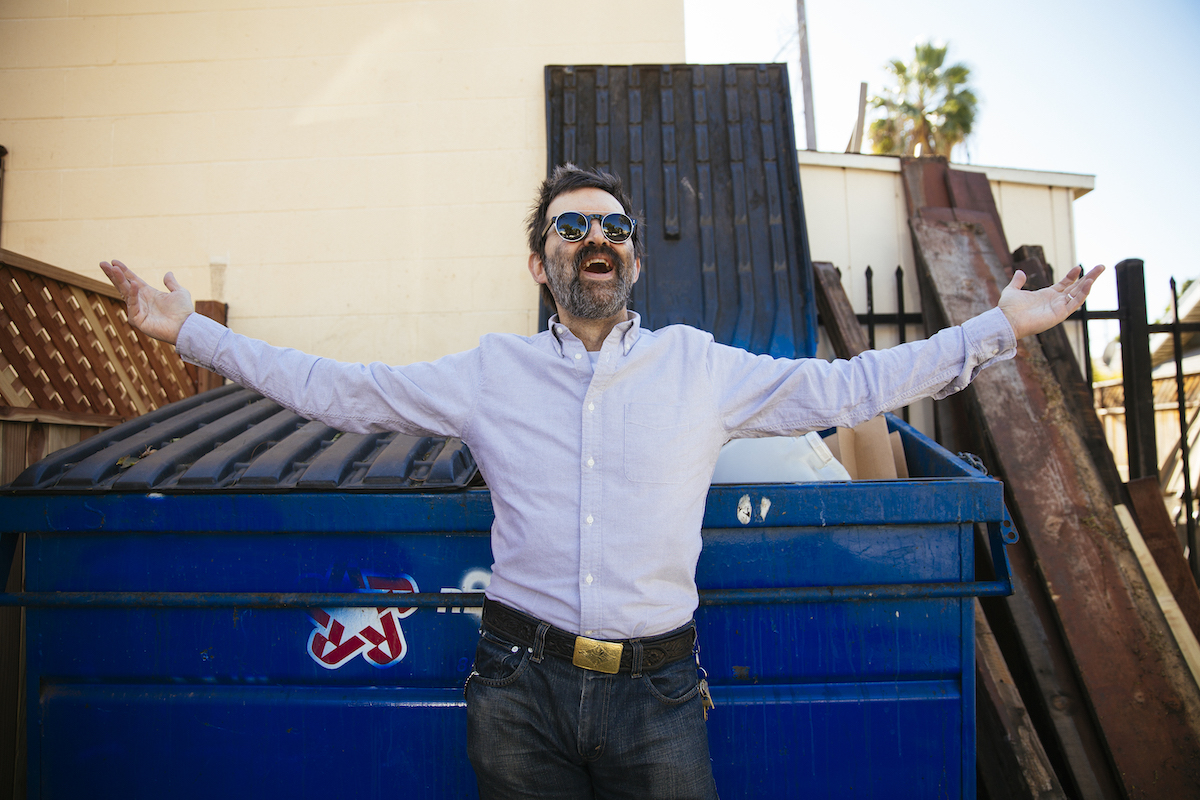