Search
Home
News
EDGE OF FOREVER
NATIVE SOUL
new album
out 06.12.19
[Frontiers]
pre-order / streaming link
https://radi.al/NativeSoul
includes
NATIVE SOUL
video
youtu.be/T68gI_SUiNU
Sporting a dynamic line-up that features founding member, producer, singer and keyboard player
Alessandro Del Vecchio, guitarist Aldo Lonobile (Secret Sphere), bass player Nik Mazzucconi
(Labyrinth) and drummer Marco Di Salvia (Hardline), Edge Of Forever are back with their long
awaited fourth album, ‘Native Soul’. Easily their strongest record to date, it recalls the heavier yet still
melodic sound of their acclaimed debut album.
Originally formed by Del Vecchio in 2002, the band released the albums ‘Feeding The Fire’ (2004,
produced by Marcel Jacob [Yngwie Malmsteen, Talisman]) and ‘Let The Demon Rock ’n’ Roll’ (2005,
produced by Bobby Barth [Axe, Blackfoot]. Both of these featured Bob Harris (Axe, Frank Zappa) on
vocals, but for 2009’s ‘Another Paradise’ Del Vecchio took over on both vocals and production duties.
Years of subsequent artistic collaboration between Del Vecchio and Frontiers Records with numerous
other acts have led to some excellent releases and ‘Native Soul’ is no exception, with anthemic songs,
epic choruses and a strong vocal performance laying the foundations for a bombastic production.
“I have been eager to reach the sound we have now as a band for years,” says Del Vecchio. “I chased
very hard what I envisioned when I wrote these songs, but the final result exceeded my expectations.
The band is tighter, tougher and classier than ever. Honestly, I couldn’t be happier and more pumped
about it. Edge Of Forever always had those classic rock and neo-classical elements that could remind
you of Talisman, Yngwie Malmsteen or House Of Lords, but this time we wanted to take the strong
melodic and hard bluesy edge of bands like Tangier and blend it all together.”
Ever since Del Vecchio teamed up with Frontiers he has become a reference name in the hard rock
world, being the producer, songwriter and musician behind successful albums by the likes of Hardline,
Jorn, Revolution Saints, The End Machine, Find Me, First Signal, Harem Scarem, House Of Lords and
more. Besides being one of the most talented musicians in the melodic rock genre, he is also known
for his high tenor soulful voice. Guitarist Aldo Lonobile was the first choice when the band was ready
to enter the studio. With a great attitude and undeniable talent, his aggressive rhythm guitars and
powerful but soaring bluesy solos and melodic phrasings give new life to the Edge Of Forever sound
and gives the listener a new perspective of him as a player. Besides Del Vecchio, Nik Mazzucconi is
the only member remaining from the previous Edge Of Forever album, and his playing pairs perfectly
with powerful drummer Marco Di Salvia, already a bandmate of Del Vecchio’s in the group Hardline.
Del Vecchio continues: ”Aldo and I have been talking for years about doing something together and
now that he is also part of the extended Frontiers family, my choice couldn’t have been easier. He was
number one on my list because I knew he had the chops and understood the sound I wanted. He is
known to be more of a metal guitarist, but he blew me away in the studio with great melodic solos and
you’ll hear that bluesy side you wouldn’t expect from him. Nik and Marco already played together
several times and I always witnessed a great chemistry. They locked perfectly on these new songs,
giving them a completely live and in-your-face attitude. There are still tons of keyboards and soaring
melodies, but this is certainly a riff-based record. We also wanted this album to be different from your
ordinary rock record and to give it a different vibe from the start. That’s why the first song on the album
is the a cappella ‘Three Rivers’, like a warm welcome to ‘our’ own sound and world.”
“’Native Soul’ is my very first hard rock release,” adds Lonobile. “I grew up listening to this genre and its
legendary guitarists so when my buddy Alessandro invited me to join the band and played me the first
few demos, I was sure that we were on the way to deliver a gem of an album. I had to drastically
change my playing for this record, but at the same time I am sure everyone will enjoy the final result.”
‘Native Soul’ is a deep and spiritual record, with yhe concepts of Life, Faith and Love for Mother Earth
coming alive in songs such as the title track, ‘Promised Land’, ‘Carry On’, ‘Wash Your Sins Away’ and
the a cappella intro, turning them all into anthems about life strength and motivation. “’Native Soul’ is
a very positive record and I want people to listen to these songs with a smile on their faces and enjoy
a band pouring blood, sweat and love into every single note. It’s my vision of the world, of life and faith
and gives a strong message of never letting anything stop you,” concludes Del Vecchio.
NATIVE SOUL
TRACKLISTING
1 Three Rivers
2 Native Soul
3 Promised land
4 Carry On
5 Take Your Time
6 Dying Sun
7 Shine
8 I Made Myself What I Am
9 War
10 Wash Your Sins Away
11 Ride With The Wind
Produced by Alessandro Del Vecchio 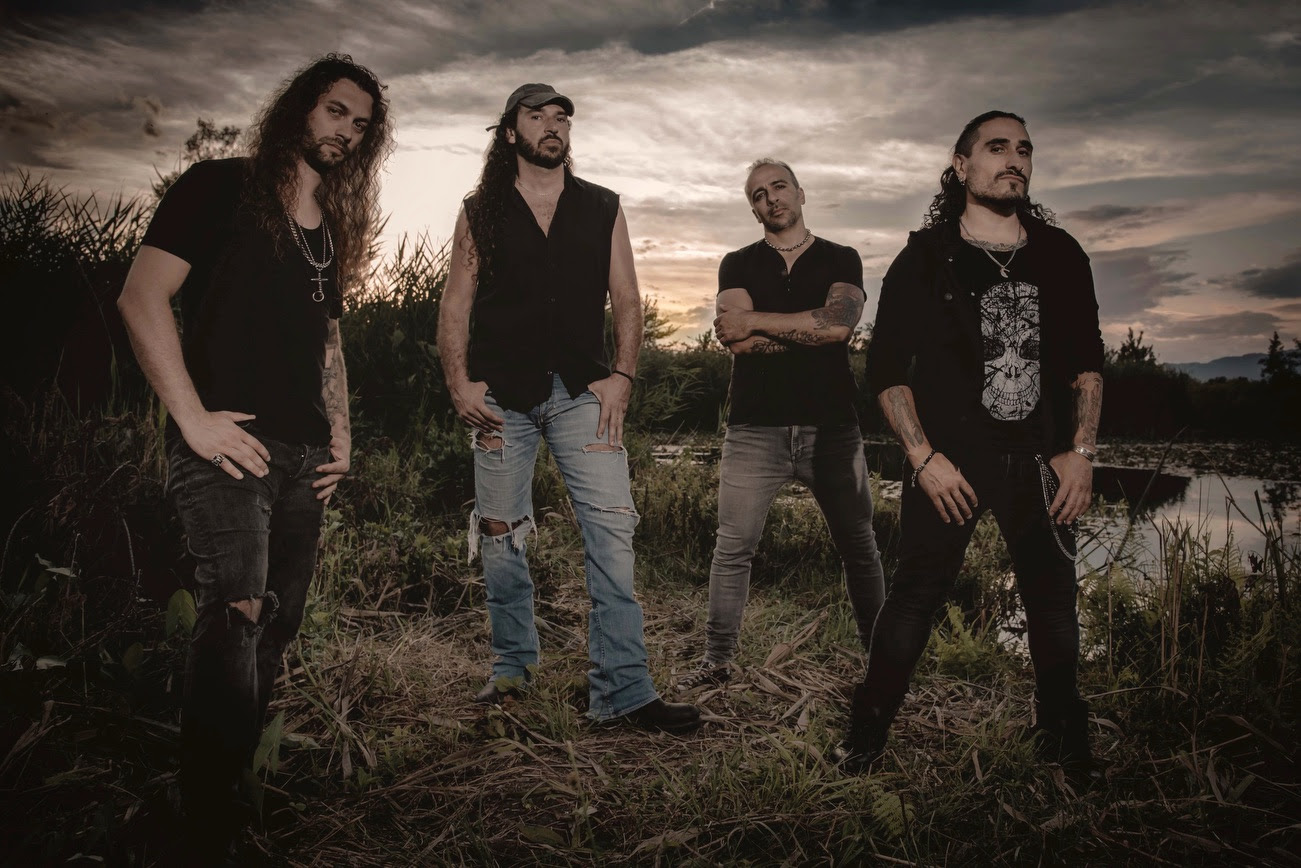 Alessandro Del Vecchio – lead vocals, keyboards
Aldo Lonobile – guitars
Nik Mazzucconi – bass guitar
Marco Di Salvia – drums
facebook.com/edgeofforeverband
ABOUT FRONTIERS MUSIC SRL
Originally founded in Naples, Italy in 1996 by Serafino Perugino and his father Fernando as a
distribution company, Frontiers has developed into one of the premiere independent rock labels in the
world. Synonymous with quality music from across a broad spectrum of rock genres, the company has
worked with multiple genre heavyweights and fan favourites. Aside from providing a home for classic
artists from the 1970s and 80’s, it also boasts a wealth of young, up and coming talent that, with a savvy
and forward thinking A&R and marketing approach, will be developed into the future of rock and metal.
With a deep commitment to and passion for THE MUSIC and the artists who create it, plus massive
global distribution, sales, marketing and publicity channels, Frontiers is the premiere home for both
established and emerging rock artists.
Head Office: Naples, IT | U.S. Office: Nashville, TN
Subscribe to be alerted when new videos are added:
radi.al/SubscribeFrontiers
Follow the ‘Newest From Frontiers’ playlist on Spotify:
spoti.fi/1rQz5Zm