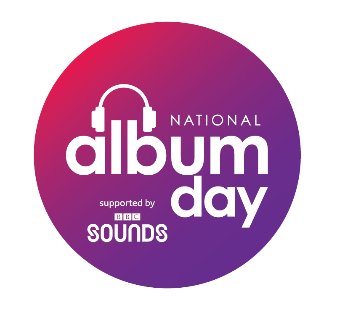 – Set to go under the hammer on Sat 5th October –

London, 18th September 2019 – With this year’s National Album Day set for 12th October – one of the events being staged as part of a week-long build-up that will celebrate our nation’s love of the album will be a ‘White Label’ Auction of around 300 white-label LP test pressings.

The auction – the first of its kind to be held – will take place the weekend prior on Saturday,  5th October at 11.00am. It will be hosted live onsite/online for UK and international collectors by the music memorabilia and vinyl records specialists Omega Auctions from their Newton-Le-Willows (Merseyside) base. The auction is also being supported by Record Collector magazine.

The explosion in sales of vinyl in recent years has created a wealth of ‘white label’ test pressings – produced to ensure the sound quality is as the artist intended and so called because there is no sleeve/label artwork at this stage.  With as few as 5 or 10 of each being produced, these first-off-the-press copies are typically checked by artists and their representatives and are much sought after by fans and collectors.

The breadth of British music will be represented in the sale, including early 60s/70s recordings from David Bowie (Decca), The Who (My Generation), Eric Clapton (Slowhand), Dusty Springfield (Dusty in Memphis) and The Specials (The Specials – signed), to more contemporary offerings such as a signed copy of No.6 Collaborations Project by Ed Sheeran. There will also be discs from the likes of Liam Gallagher (As You Were), Coldplay (The Butterfly Package – signed),    Paul Weller (Stanley Road), Arctic Monkeys (Tranquility Base Hotel + Casino), Kylie Minogue (Step Back in Time), 2019 Mercury Prize shortlisted Foals (Everything Lost Will Not Be Saved Part 1) and Anna Calvi (Hunter) among others.  One of this year’s National Album Day ‘album champions’, Mark Ronson (Late Night Feelings), also features. See more details further below.

The auction will raise funds to support the work of music industry charity The BRIT Trust – which promotes education and wellbeing through music.

Johnny Chandler, Catalogue A&R Director at UMC, Universal Music UK, who came up with the idea, said: “It’ll be wonderful if, by auctioning these rarities, we can raise funds to support the amazing work of The BRIT Trust, whilst celebrating the ‘art of the album’ through National Album Day. If all goes to plan I hope as long as interest in vinyl continues, the industry can make this auction a regular event.”

Paul Fairweather, Auctioneer, Omega Auctions, said: “Omega are delighted to be able to support this historic auction. We’ve built our success on the continued selling power of the vinyl LP, and we’re excited to be involved in this initiative to champion a format we all love. It’s unprecedented to have a collection of white label titles of this size up for auction and we’re certain that collectors will be as excited as we are when the full catalogue is published.”

The final list is still being added to, and can be viewed on https://www.omegaauctions.co.uk/. Among the white label discs that fans will be able to bid for are various recordings released or reissued mostly since 2014, including around 20 that are artist-signed:

Following a successful inaugural year in 2018, which celebrated 70 years of the album, National Album Day returns for its second annual edition on Saturday, 12th October 2019. Organised jointly by UK labels body the BPI and ERA, the Entertainment Retailers Association, the music and artist community will come together with BBC Sounds, and with the support of AIM, Classic Album Sundays, and Network Rail among others for a series of events and activities in the lead up to 12th October that will celebrate the UK’s love of the album and the craft that goes into making this culturally significant body of work.

This year National Album Day is themed around the notion of ‘Don’t Skip’, to encourage music lovers to discover albums – both new and classic – in full, as a complete body of work that tells a story. The theme will also serve to highlight the wellbeing and mental health benefits of album listening as a form of musical mindfulness.

About The BRIT Trust

Established in 1989 and this year celebrating its 30th anniversary, The BRIT Trust is entirely funded by the recorded music industry – in large part through monies raised annually by The BRIT Awards and also through the Music Industry Trusts (MITS) Award.  The BRIT Trust’s mission is to give young people of all backgrounds a chance to express their musical creativity regardless of ability or their gender, ethnicity and social background as part of a wider goal to promote education and wellbeing through music.

The Trust has to date donated over £25 million to a range of progressive causes, including The BRIT School, the UK’s leading performing and creative arts school that is free to attend, and Nordoff Robbins, the UK’s largest music therapy provider, as its main beneficiaries since 1989.  Other charities supported include Mind, to promote good mental health in schools, the music industry and the workplace; Music Support, the addictions and mental health charity; East London Arts & Music (ELAM), the free school sixth form; and Key4Life, which seeks to help young men in prison, or who are at risk of ending up there, away from a life of crime by drawing on their passion for music.