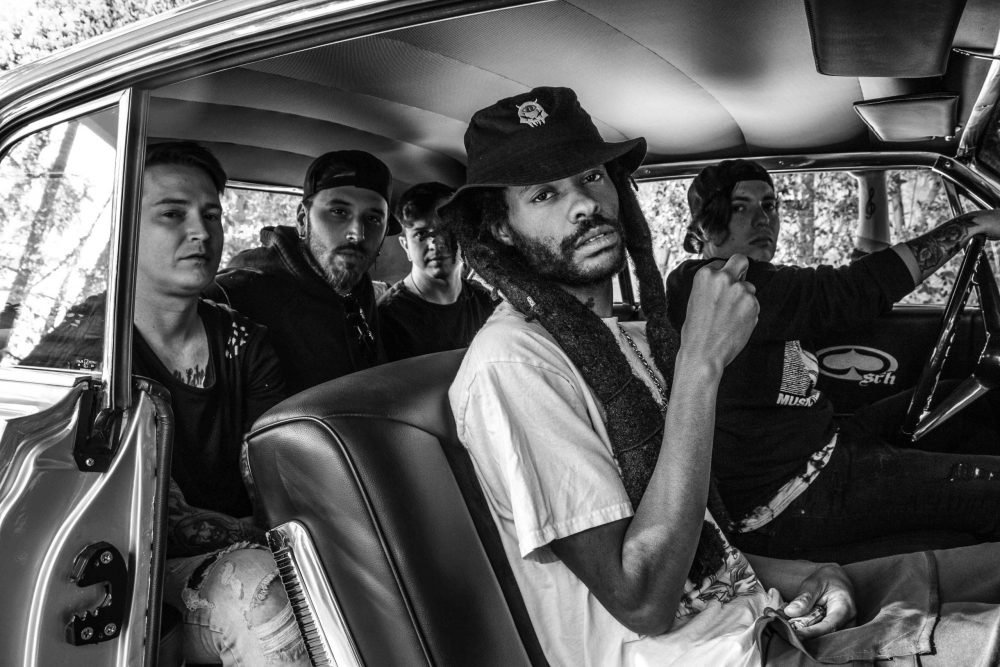 DROPOUT KINGS SIGN WITH SUBURBAN NOIZE RECORDS & REGIME MUSIC GROUP
Suburban Noize Records and Regime Music Group are proud to announce the signing of Phoenix-based trap metal outfit DROPOUT KINGS, which can be seen online at https://youtu.be/nlc4nhRs83Y. The band has officially re-released their GlitchGang EP under the Suburban Noize banner with an additional bonus track across digital platforms today and the music video for “GlitchGang” online at https://youtu.be/Gzoara2kMwI. DROPOUT KINGS has been stationed in Los Angeles, CA recording their new album at Regime Studios to surface later in 2021.
“We are excited to be part of the Sub Noize family. Ever since our first conversation with Kevin Zinger and the team at the label, we knew we had to work with him,” said DROPOUT KINGS vocalist Adam Ramey. “With this partnership, we feel like we finally have the right team in place to take us to the next level. We are excited for the future!”
“When I re-launched the label I wanted to celebrate the past and the massive movement we created, but also wanted to usher in the next generation of artists. We searched for new artists that were out there breaking down barriers and combining genres to make their own sound. I wanted the first band to be special and have that same energy and passion that Suburban Noize was founded on,” commented Kevin Zinger. “When we discovered Dropout Kings, they were the first band that felt like they were kicking the door down with that attitude and energy. After meeting them, we learned they are super cool humans and they are going to the top with or without any label. We have since become good friends and we’re excited to give them a platform to help these guys takeover.”

DROPOUT KINGS have beat the odds to become one of the hottest new bands to emerge on the scene. DROPOUT KINGS are the logical musical evolution taking nostalgic elements of bands like LINKIN PARK, KORN and DEFTONES and fusing them with the new school of trap music to break the mold.

Releasing their debut album AudioDope in 2018, DROPOUT KINGS immediately hit the road and didn’t come back.
DROPOUT KINGS followed up their debut with GlitchGang EP and produced the viral streaming hits with the title track, “GlitchGang” & “Virus.” Since then the band has been on a mission to infect the masses releasing singles like “Bottlerat” with Outline in Color and “I Ain’t Depressed” with Hacktivist to keep their rabid fanbase at bay. The group’s independent hustle paid off earlier this year when MetalInjection hailed them as one of “5 Bands That Prove Nu Metal Is Back”, and Alternative Press proclaimed DROPOUT KINGS to be one of the “10 Bands Who Are Crushing The Stereotypes You’ve Heard About Nu Metal”
Follow DROPOUT KINGS Online:
www.dropoutkingsmusic.com
www.facebook.com/DropoutKingsAZ
www.twitter.com/dropoutkingsaz
www.instagram.com/dropoutkingsaz