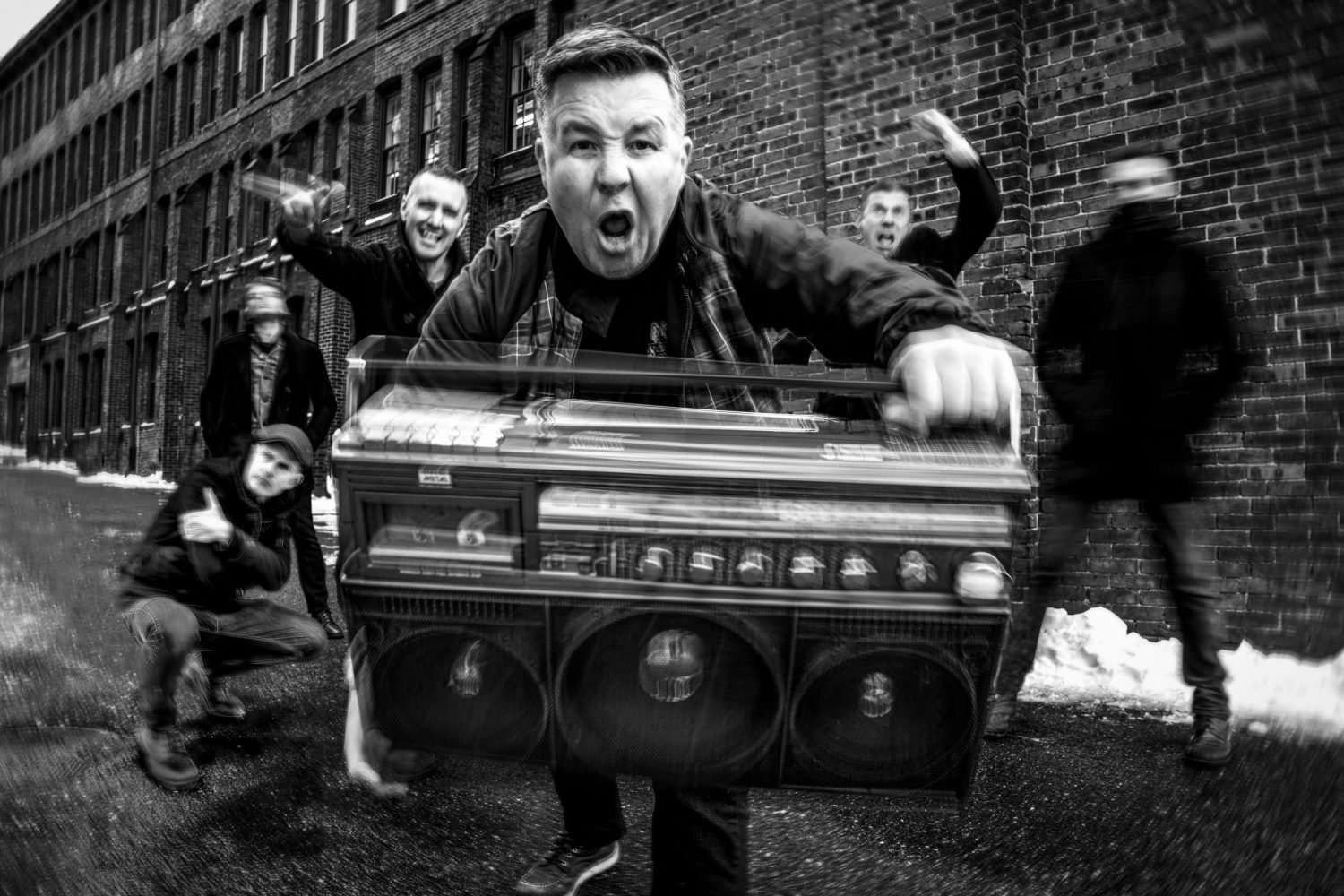 Fueled By Death Wish Coffee…And Sponsored By YOU

New Album Turn Up That Dial

Out April 30 Via Born & Bred Records

Dropkick Murphys return to the virtual stage May 1 at 8:30 PM ET / 5:30 PM PT for the Turn Up That Dial Album Release Party Free Live Stream Concert fueled by Death Wish Coffee…and sponsored by YOU.

This streaming performance–with no in-person audience–will celebrate the April 30 release of Dropkick Murphys’ 10th full-length studio album Turn Up That Dial, via band-owned Born & Bred Records. It will be simulcast worldwide via www.DKMstream.com and will feature a completely new set with songs from the band’s new album, along with a variety of fan favorites, with Dropkick Murphys performing socially distanced on an arena-sized stage with a full LED screen once again.

Instead of charging for tickets to the Turn Up That Dial Album Release Party Free Live Stream Concert, the band will “pass the virtual hat” to take donations to help support their efforts to keep paying their employees, and a portion of donations will go to charity as always.

Turn Up That Dial was produced by Ted Hutt and is available for pre-order now. With the 11 tracks on Turn Up That Dial, Dropkick Murphys celebrate the simple pleasure of music, the relief and release from worry that comes when you “turn up that dial” and blast your troubles away. The first two singles “Middle Finger” and “Queen Of Suffolk County” are out now.

About Dropkick Murphys: Dropkick Murphys proudly remain Boston’s rock ‘n’ roll underdogs turned champions. Since 1996, the boys have thrown down with the kind of rock ‘n’ roll that’s meant to be chanted at last call, in packed arenas, and during the fourth quarter, third period, or ninth inning of a comeback rally. With a celebrated discography including 2005’s gold-selling The Warrior’s Code and the near double platinum classic “I’m Shipping Up To Boston,” they’ve quietly moved 8 million-plus units worldwide. Whether you caught a legendary gig at The Rathskeller (The Rat) under Kenmore Square, found the band by taking the T to Newbury Comics to cop Do Or Die in ’98, discovered them in Martin Scorsese’s Academy Award-winning The Departed, or saw ‘em throw down at Coachella (or one of hundreds of other festivals), you’ve become a part of their extended family. Among many accolades, they’ve earned three Top 10 albums on the Billboard Top 200, generated half-a-billion streams, and sold out gigs on multiple continents. Not to mention, The Signed and Sealed in Blood standout “Rose Tattoo” graced Loudwire’s “Top 66 Best Of The Decade Rock Songs” at #21 with a bullet. Most recently, 2017’s 11 Short Stories Of Pain & Glory (released through the band’s own Born & Bred Records), bowed at #8 on the Billboard Top 200 and emerged as the #1 independently released album. In 2021, they return with a simple request on their tenth full-length album: Turn Up That Dial!