Drawn And Quartered’s seventh full length “The One Who Lurks” is two weeks away from its release date. Krucyator Productions will be releasing this opus of the Seattle based death metal stalwart on July 27.

STREAM IT AT THIS LOCATION

Says the band: “The choking stench of Oldest Death. Filth, lust and decomposition. “Ravage the Cadaver” lurches forth with primitive foulness, its lumbering pace indicative of much of The One Who Lurks, inexorably devouring and violating all that lives.” 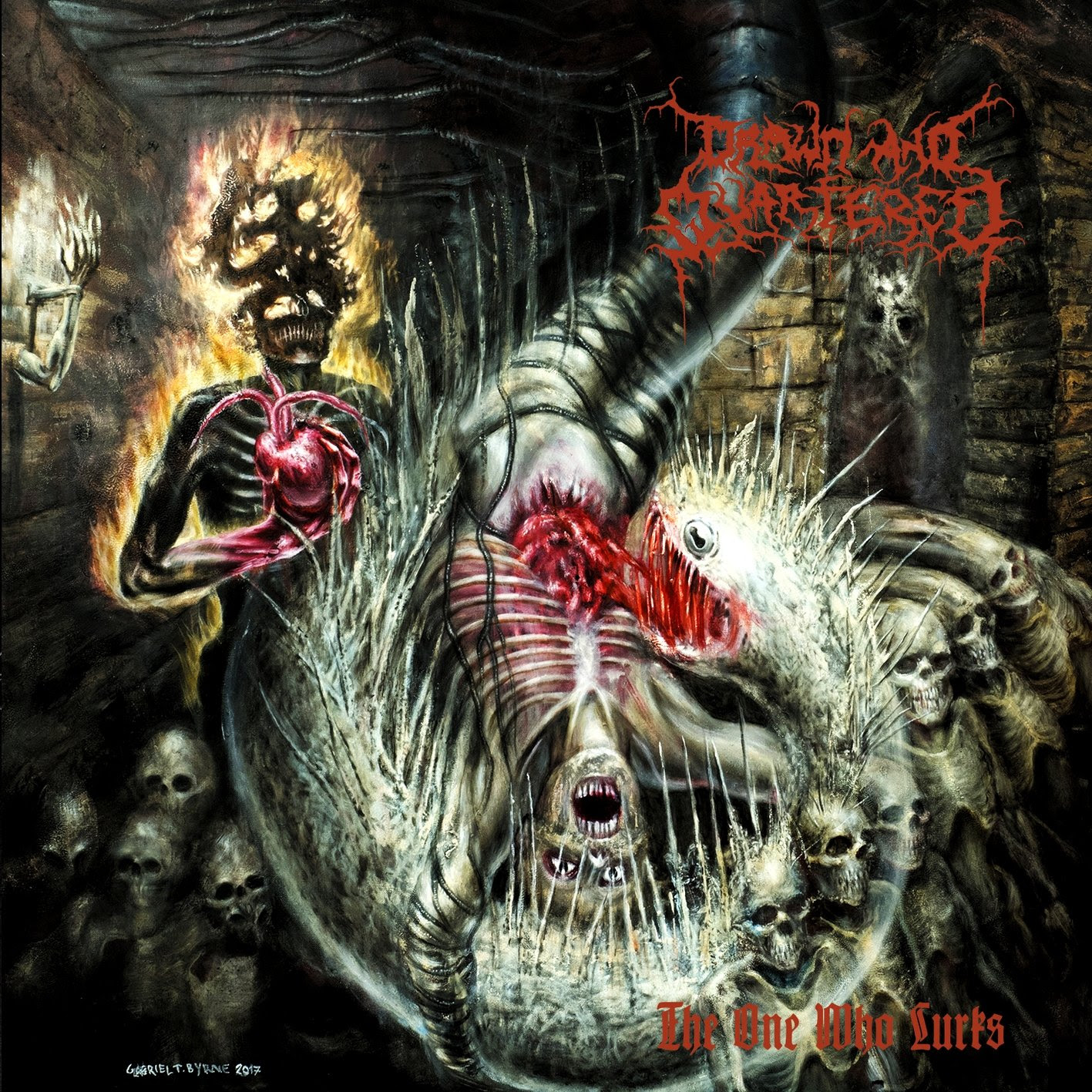 Seattle based death metal overlord DRAWN AND QUARTERED began life under the moniker of Plague Bearer (which is currently a side project of the guitarist Kelly) in 1992. A year after the creation, Plague Bearer started to breath fire under the formidable name Drawn and Quartered. It will be injudicious to play down their prolific career — consisting six acclaimed full lengths and numerous EPs and demos — by only considering the absence of wide-ranging recognition of their niche musical landscape. Unconventional and grotesque structured song-writings have earned them an invincible and invulnerable position in the death metal underground. Drawn and Quartered has always pushed the boundaries of traditional death metal by infusing technically complex riffs and at the same time retaining the dreadful and raw environs with dexterity, a hallmark that is highly unnoticeable among the torchbearers of modern death metal acts who only gives priority to metamorphose themselves in a sea of technical showboating.

Balefully titled upcoming opus “The One Who Lurks” sees no discernible turnaround in the already established signature sound. However, it surely sees the long serving death metal trio to vengefully and ravenously hone the level of ferocity and profanity in an unadulterated way. The eight tracks, containing maelstrom of bizarre riffs, repulsive vocals, and cavernous drumming, individually act as an entryway to unfurl the lurking terror that is maliciously aiming to flay its victim alive.

Upon re-issuing Drawn and Quartered’s “Feeding Hell’s Furnace” (on tape) and ”Hail Infernal Darkness” (on vinyl), French label Krucyator Productions will present the highly anticipated seventh full length “The One Who Lurks” on July 27, 2018.

Drawn and Quartered is confirmed to perform at this year’s Asakusa Deathfest in Japan. They will also perform in other local and international gigs to support the forthcoming album.

Gabriel T Byrne has executed The hideous artwork of this album. The Tucson, Arizona based artist has limned the cover of every Drawn and Quartered full lengths.The label owner Loic F. (Autokrator, N.K.V.D.) has undertaken the duty of the layout, mixing, mastering and the production.