– OUT DIGITALLY TODAY + TRIPLE VINYL (10 JUNE), VIA BECAUSE MUSIC – 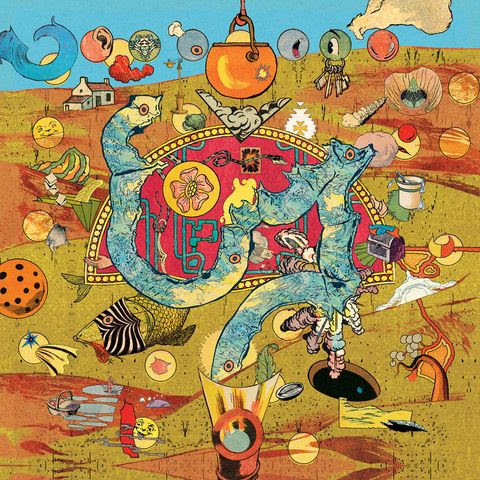 DJANGO DJANGO are celebrating the 10th Anniversary of their self-titled debut album with a new special edition set.

Available digitally today (27 May) and as a 180g Triple Heavyweight Vinyl edition (from 10th June), the reissue arrives with a complete rework of the album by dub maverick: Mad Professor.

Hailed for its fresh take on psychedelic-tinged rock, its instrumental innovation and its enticing electronic flourishes, ‘Django Django’ set its eponymous makers apart from the pack when it was released back in 2012.

Far from being the “underground album that would sell a few hundred copies” that the band expected it to be, Django Django’s groundbreaking debut album catapulted them to an unforeseen levels of success, culminating in a Mercury Prize nomination, mentions in end-of-year polls from both NME and Rolling Stone, and features in video games including FIFA 13 and Grand Theft Auto V.

Giving the band their reputation as perennial “prog-indie alchemists” (The Guardian), the album’s genre-blending brand of far-out indie/electronica saw the Djangos deliver a debut filled with tracks that have since become long standing fan favourites; from the hypnotic ‘Hail Bop’, to the buoyant and buzzing ‘Default’, the laidback psych cut ‘Life’s a Beach’ and beyond.

Fast forward to 2022 and Django Django are commemorating its tenth anniversary in style with a deluxe special edition package. Speaking of the upcoming re-release, singer and guitarist Vincent Neff says:

“Our debut album is 10 years old! It was the album that set us on our way and it’ll always be a special one to us. It reminds us of recording in Dave’s bedroom, playing at small club nights up and down the UK and taking in all the new music that was being made in East London at that time. When we released it, we had no idea what would happen, but it ended up being the start of a crazy journey for us.” 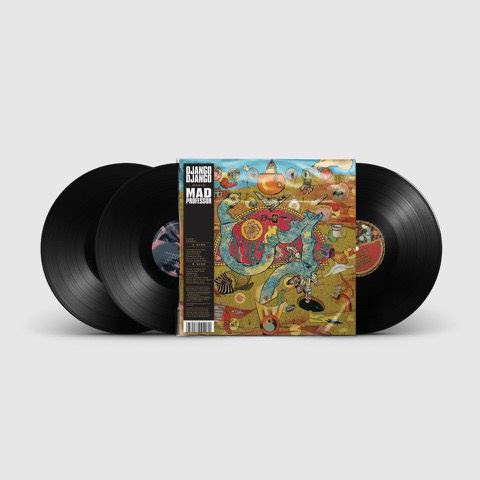 Comprising the original album, the record is also bundled with a brand new dub mix of the full album by legendary producer Mad Professor. Listen to Mad Professor’s rework of “Default” here. Adding his distinctive ambient electronic stylings, Mad Professor weaves a melee of rhythmic drum beats and mellow and magnetic instrumentals into the record’s fabric. As Neff adds:

“To celebrate the release we’ve created a special 10th Anniversary Edition, and also asked the amazing Mad Professor to do a dub rework — ‘Django Django meets Mad Professor’ — which interprets the album in a way that only he could.”

Over the course of their extraordinarily accomplished discography to date, Django Django have constantly headed left where others have gone right. Recently described by The Guardian as “making music that sounds close to perfection”, the band’s fourth studio album ‘Glowing in the Dark’ gained universal acclaim, with praise coming from the likes of Uncut, Mojo, Loud and Quiet, The Independent, Sunday Times Culture, The Arts Desk, NME and many more. 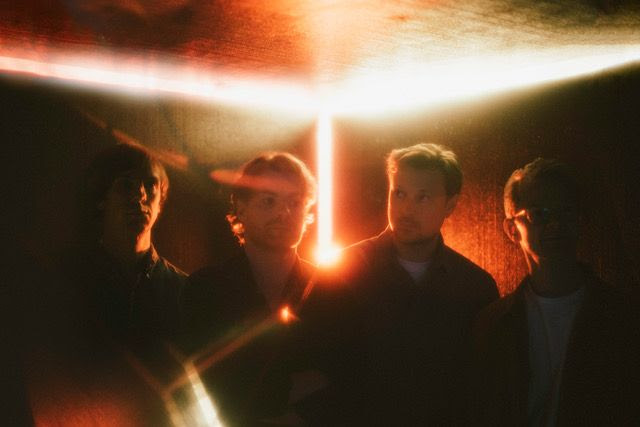