Having just completed a UK tour with Black Star Riders, Blues Pills and Tax The Heat, London based

shows with GUN and InMe in early December. Their updated live itinerary is as follows :

The band had an acoustic TotalRock Live Lounge Session broadcast on the station on 19th November.

It can be heard in its entirety here : bit.ly/2A2J0Rl

YouTube studios in London can be seen here : bit.ly/2hSKhpp

‘Heavy Living’ was released in September to excellent reviews :

“The songwriting is strong, broadly based in blues-rock but with a tendency to shift gears”

“London upstarts come on like the next Rival Sons ****”

“It’s only a matter of time before they really break through, and it won’t be a moment 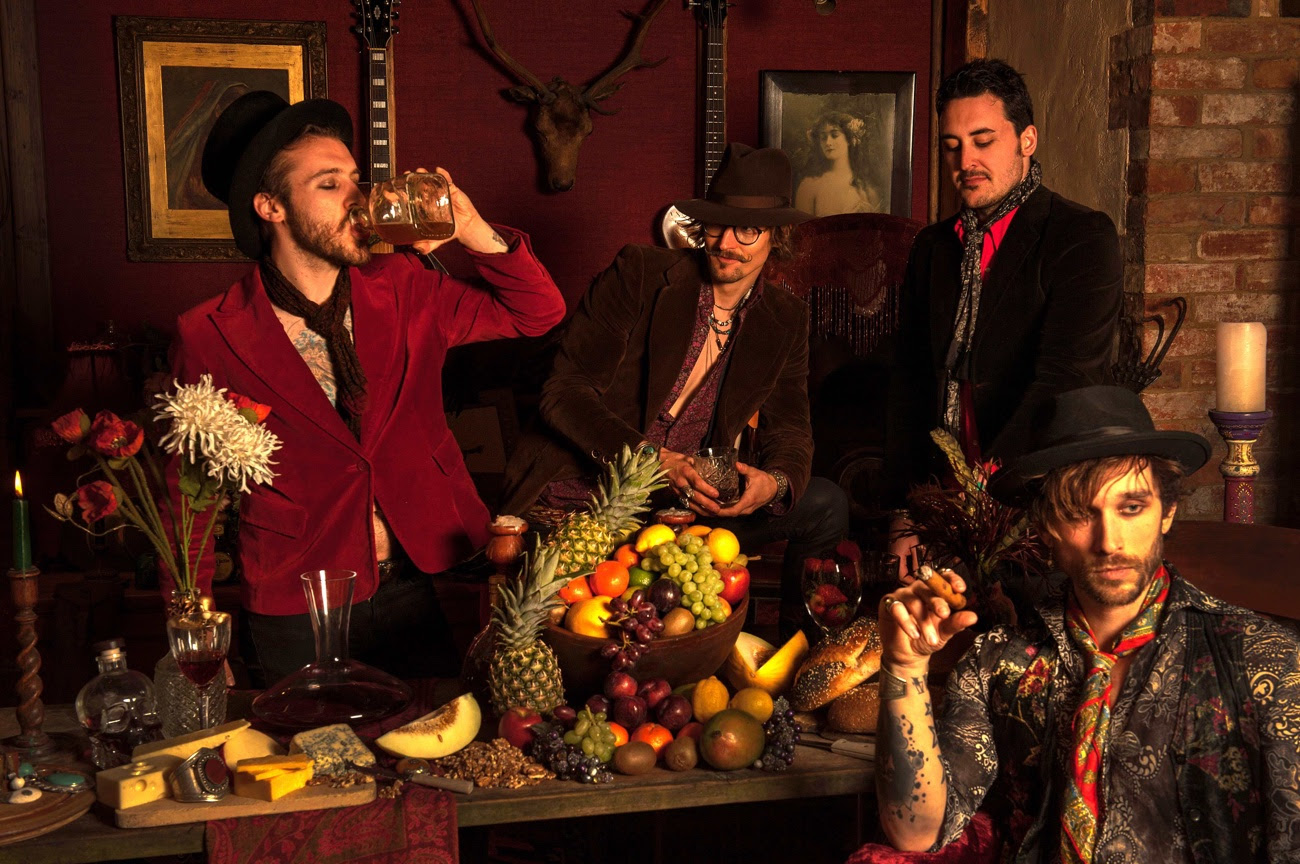 Dirty Thrills are a young, exciting and charismatic London based hard rock quartet who play bluesy

solid low-end grooves from the rhythm section of Aaron Plows and Steve Corrigan, each member’s

Queens of the Stone Age, The Black Keys and Rival Sons.

Dirty Thrills formed after a drunken night of jamming in a quiet village pub in Wiltshire, but what started

bring the glory days back to the rock scene. Having released a self-titled debut record in 2014, they

recorded at Monnow Valley Studio in Rockfield, Monmouth and produced/mixed by James Loughrey