A story of miscommunication, in two parts.

UK LIVE DATES TO BE ANNOUNCED

Rising Australian singer-songwriter Didirri has kicked off the new year with a new single and video for “Raw Stuff”, released via Unified.

True to its name, ‘Raw Stuff’ – Produced by Dann Hume (Dean Lewis, Troye Sivan, Matt Corby) and Hayden Calnin – captures an unspoken, universal experience. It’s a song about a time when two people that, despite the closeness, are unable to open up to each other. Fortunately, the story and the song both find a resolution:

“For the first time in my life, I was skipping Christmas.  I was feeling very, very guilty about it. My passion for creative work had taken over too much of my life, so there I was, on the other side of the planet.” Didirri says.

“Though I was pursuing my creative goals, I was far from my family and friends. It was difficult to open up to someone I cared about back home.  Two years later I’m in the studio… the phone rings and it’s the person I had felt cut off from that year I skipped Christmas. They said they had felt the same, and had found it hard to open up as well. And that they were skipping Christmas this year.

I instantly remembered the half-written song I never finished, and suddenly it all made sense. Part two. ‘Raw Stuff’ instantly falls into two parts. The first half is my side of miscommunication, and the second my reaction to hearing they felt the same.”

‘Raw Stuff’ was written and later recorded in Johanna, Victoria. In November, Didirri was drawn to return to the same space once more to shoot the music video. The stunning landscape around the house, provides a poignant depiction of the beauty of nature, the complexity of returning home, and the rawness we feel when landscapes and relationships once familiar are no longer the same.

“As we all watched our beautiful landscapes around Johanna, the sister towns not that far away were burning a few weeks after in December.

To hear of so many people losing their homes, of lives lost (both people and animals) broke our hearts while editing. We found that the more we went on, the more of that landscape needed to be included.”

After releasing his debut EP “Measurements” in 2018, Didirri’s rise has seen no signs of slowing. From a collective 30 million streams, playing such renowned festivals as the UK’s The Great Escape and Latitude Festivals, Australia’s Splendour In The Grass and Barcelona’s Primavera Sound, and touring the US and UK twice in under six months. He’s also shared the stage with such acts as Vance Joy and Hozier. 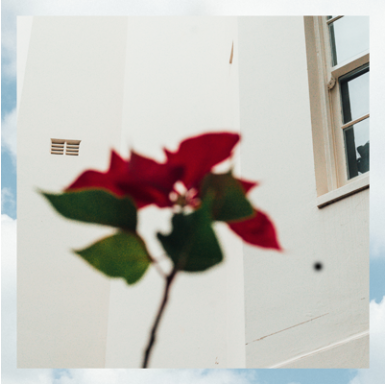