Out Now via Nettwerk Music

Shot in the charming surroundings of London’s Ennismore Session House Hotel – once a public courthouse where Oliver Twist was taken for pickpocketing in Dickens’s London – the visuals see Didirri exploring a number of rather elusive characters. Who they are, why they are and what their motives may be, are to be decided by the viewer.

On the making of the video, Didirri says: “We were sitting on the grass in West Ham when the idea for the music video happened.

A friend of ours knew of a place that was a renovated old courthouse turned into a hotel headquarters. I’ve always loved the strangeness of a hotel. People coming and going but no one actually living there.

We wanted the clip to reflect the feeling of trying new versions of yourself, of playing with the characters of who you are and who people think you should be. The place really captured that feeling – A place where people were once judged that is now a place where people are constantly transient.”

produced by Dann Hume (Tash Sultana, Troye Sivan, Matt Corby, Amy Shark) – ‘Blue Mood Rising’ is a thunderstorm of lush guitar tones, slow building drums, and a harmony of backing vocals building to a crescendo led by Didirri’s soaring voice as it takes you on a journey of self-reflection. The track is the first taste of new music from the Melbourne-based artist’s upcoming release, and first release via his new label home Nettwerk.

Didirri has had a massive 12 months since the release of his debut EP Measurements, including a collective 30 million streams, playing such renowned festivals as the UK’s The Great Escape and Latitude Festivals, Australia’s Splendour In The Grass and Barcelona’s Primavera Sound, and touring the US and UK twice in under six months. He’s also shared the stage with such acts as Vance Joy and Hozier.

The achievements are impressive and humbling, and ultimately highlight Didirri’s music connects with people in an undeniably special way.

Written by Didirri Peters and George Taylor, and produced by Dann Hume and Hayden Calnin, “Blue Mood Rising” is available on all digital platforms now via Nettwerk Music Group. 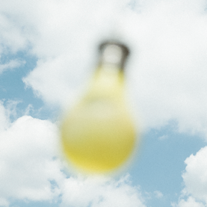